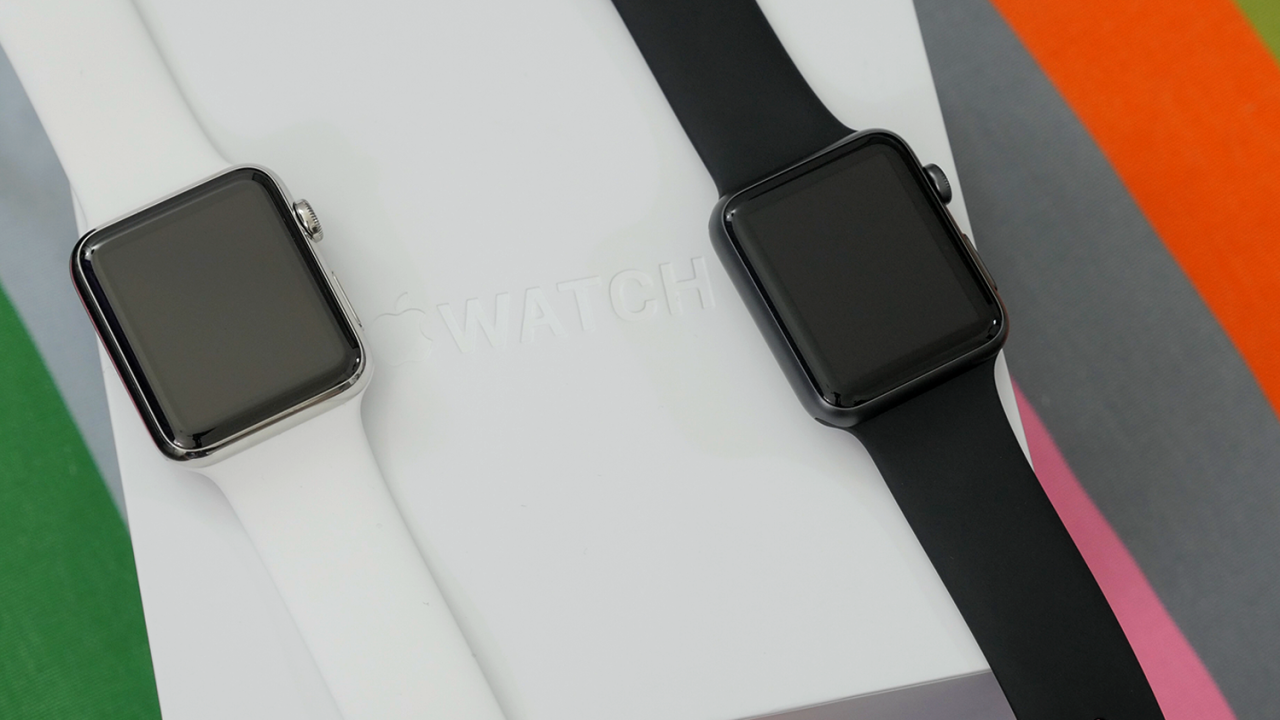 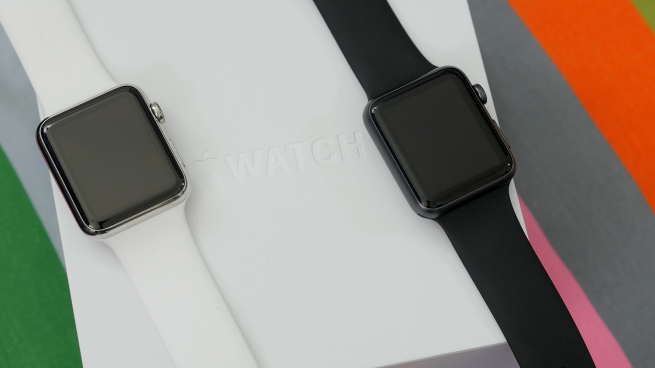 If you’re still debating on which Apple Watch model to order, we may have a bit of help/advice to offer. Apple Watch Sport is the cheapest option to go for, but what exactly will you be missing over one that’s more expensive? Well, we took the plunge, picked up a few of them, and put together a helpful comparison video between these models…

First off, it’s important to note that not only is there a difference in materials between the Apple Watch and Apple Watch Sport, there’s also a major difference in presentation. Apple Watch is packaged to seem like more of a premium product over its sporty brother. That’s not to say one is definitely better than the other when it comes to opening the box, but there are a few things that could make the decision easier.

The packaging on Apple Watch is designed to appear like it came straight from a jewelry shop. The box it comes with is large and square (unlike the rectangular box with the Sport version) and inside you’ll find a compact case to protect the Apple Watch during storage or traveling. Apple Watch Sport includes a similar box (but much longer). While the Sport’s box isn’t low quality by any means, there’s something about Apple Watch’s presentation that makes the extra bit of money seem worth it. But check out the video below and be the judge yourself.

Obviously fancier packaging is not the only thing you’ll get with Apple Watch. The materials being used are very different as well. On the front side of Apple Watch, the display is covered in sapphire crystal, while Apple Watch Sport features a much weaker Ion-X glass. On the back side, the sensors are housed by a ceramic plate on Apple Watch, while the Sport variation is made up of composite.

The most visible difference between these two models comes down to the casing materials. Apple Watch Sport is made from 7000 series aluminum. The Space Gray Sport we’ve shown in the above video is a very sleek device, but nothing shines like the 316L stainless steel used to create the Apple Watch casing. Along with that, the 2m magnetic charging docks between these two are different. Apple Watch’s charger has a brushed steel casing, while the Sport’s is plastic.

As far as software goes, there won’t be any differences and the overall form-factor will remain the same unless you go with the much smaller 38mm casing shown in the comparison video above. Either way, hopefully this comparison video will help identify all of the differences between Apple’s smartwatch options. Personally, I prefer the Apple Watch over the Sport, but this is still a first generation product. Your money may be better placed in a light investment of a Sport for now. Both models are great, but it really depends on what you’re looking for.