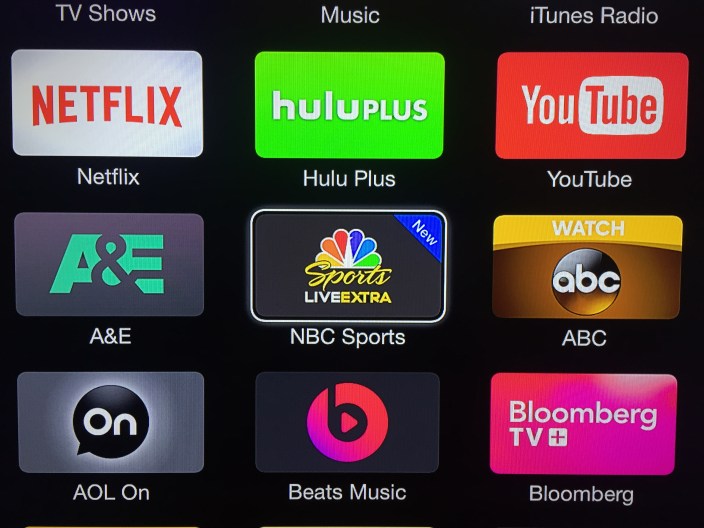 Apple has refreshed its channel lineup on the Apple TV to include NBC Sports Live Extra. The channel provides “thousands of live sporting events that air on NBC, NBCSN and Golf Channel” for free. Aside from live content, the channel includes loads of highlights and replays of sporting events to view at no charge; NBC Sports Live Extra users can activate the full channel (including content from CNBC, USA, and NBC) by verifying a cable subscription.

NBC has previously offered the streaming channel to iPhones and iPads through the NBC Sports Live Extra app available for free on the App Store. The new channel joins a long list of existing sports-related services on Apple TV including ESPN, MLB.TV, NBA, and NFL Now.

As per NBC, the NBC Sports Live Extra joins the finance-focused CNBC channel on Apple’s streaming content box. Earlier this year, we reported that NBC is planning a cable-required web version of its network for Apple TV expected to debut in the second half of this year.

The new NBC Sports channel is available in the United States on the latest Apple TV and includes sections for Featured events, Live & Upcoming event, Highlights, Replays, and Sports categories. The Live & Upcoming section also includes a calendar of future events that will be available live.

As ever, if you find your Apple TV home screen growing too crowded, you can follow our How-To guide for rearranging and hiding channels to personalize and declutter your Apple TV.