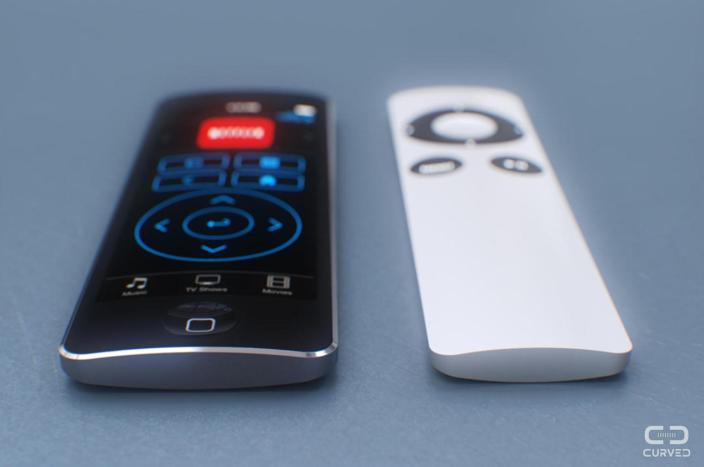 As we reported earlier this year, the upcoming Apple TV will feature a redesigned remote with improved functionality, according to The New York Times. We reported that the new remote would have more tactile buttons and a new design, and today’s report adds that the controller will have a touchpad akin to the trackpads on Apple laptops. There will also be two physical buttons on the remote, the report claims.

Apple’s original Apple TV remote was heavily discussed in the company’s employee training program, according to the report. In an Apple University training course, instructors compared the Apple TV remote to a Google TV remote control that had 78 buttons. Apple emphasized during the course that it wants its TV remote to be simply and easy to understand.

Today’s report also corroborates our own sources and claims that the refreshed Apple TV will be unveiled this summer at WWDC. The refreshed Apple TV will reportedly be slimmer than the current model and feature a redesigned operating system with support for Apple’s upcoming web TV service and its new streaming music service. The device is also expected to use Apple’s latest A8 chip for improved performance.

The upcoming Apple TV will not feature support for 4K content, according to a report from earlier this year. Apple allegedly does not believe that there is any major benefit to supporting the technology with its set-top box.

In reality, the need for a touchpad on the Apple TV remote is very small. Apple already offers a Remote app on iPhone and Watch, both of which are almost certainly more capable than the built-in Apple TV remote touchpad will be. The Apple TV has long been praised for its simplistic remote, so it remains to be seen whether Apple will be able to keep that simplicity with a touchpad.