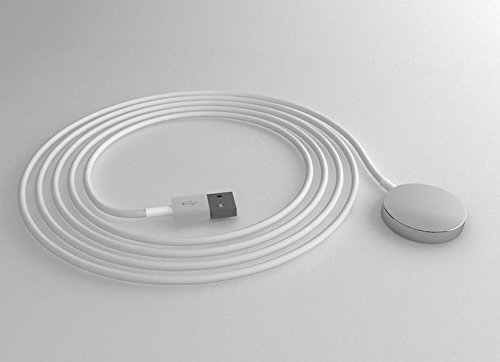 While the company confirmed it isn’t an Apple certified cable (Apple has yet to introduce specs for these cable), it’s the first non-Apple cables we’ve seen up for preorder.

The majority of Ionic Pro’s cables on Amazon are listed as MFi certified, meaning they’ve received Apple’s approval through the company’s Made-for-iPhone/iPad/iPod licensing program, but accessory makers are still waiting on official specs from Apple. The MFi program is usually the only official way for accessory makers to get Apple’s approval, and it’s required for most accessories that utilize any of Apple’s proprietary technologies, like the Lightning cable/port.

The Iconic Pro cable is listed for $15, undercutting Apple’s price of $29/$39 for 1m and 2m cables through Apple’s online store. The company tells us the price will go up to $24– still a deal compared to Apple’s pricing– once it’s in stock starting May 31. The cable is 1m, but the supplier is planning to launch a 2m version to match Apple’s offerings.

Apple doesn’t usually recommend using third-party charging solutions that aren’t MFi certified for any of its devices, but it hasn’t issued any warnings regarding Apple Watch specifically. Some users have discovered that Apple’s charger works with other smartwatches and devices that use similar inductive charging solutions, like the Moto 360, but it’s unclear what will be required to enable charging of Apple Watch by non-Apple adapters.

Earlier today we told you about at least one accessory maker’s plans to tap Apple Watch’s hidden port for battery straps and faster charging, and why it’s probably not a great idea this early in the game.