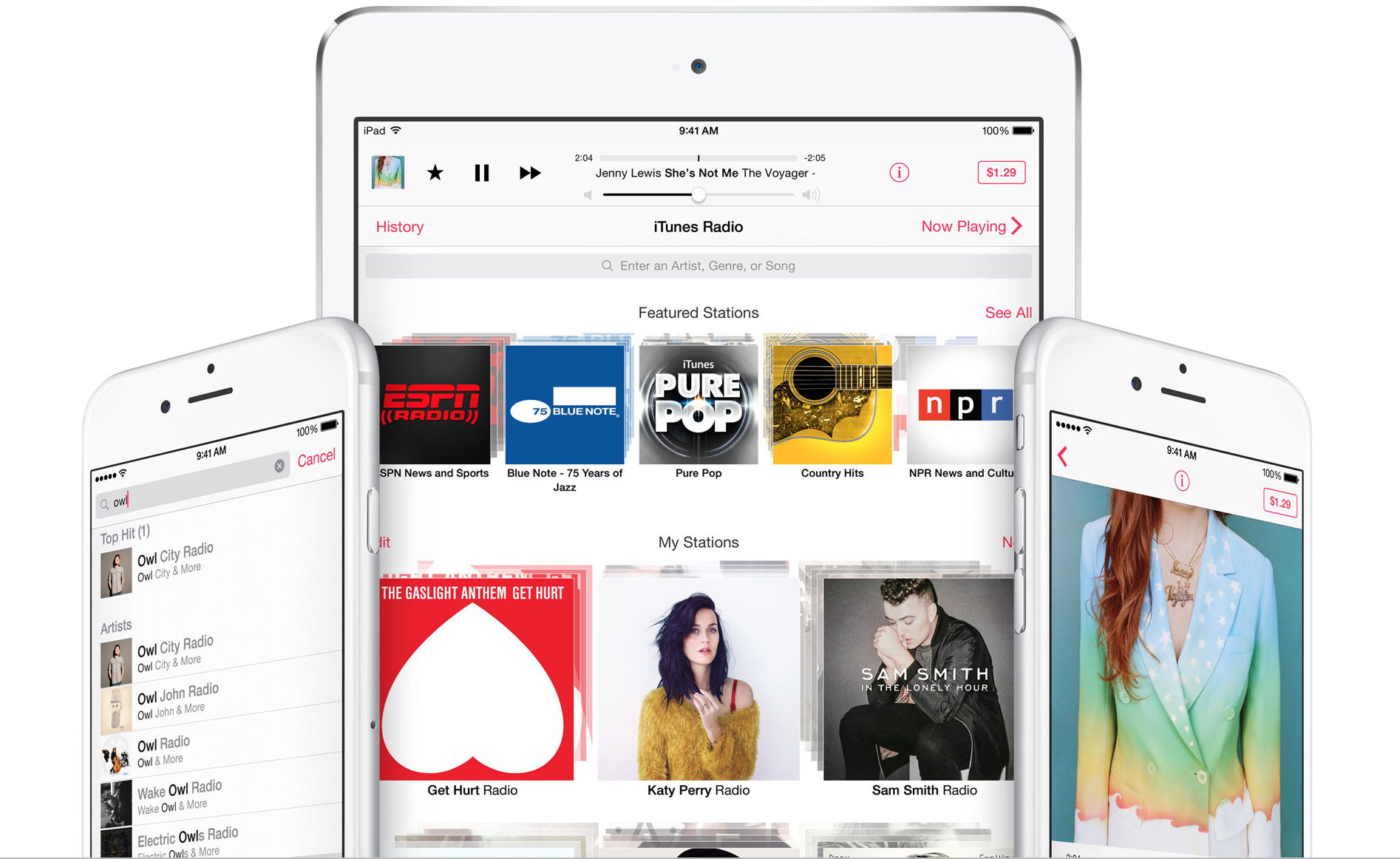 A new report from Re/code today about Apple’s upcoming music streaming platform reiterated much of what we already know about the service, which is expected to debut with iOS 8.4 at WWDC. iOS 8.4 is already in the hands of developers with a revamped Music app.

As was previously known, Re/code notes that the recent hire of BBC Radio 1 DJ Zane Lowe and other BBC DJs is a plan to help bolster iTunes Radio’s curated playlist feature by manually compiling track lists instead of allowing an algorithm to make the decisions. The site also notes that iTunes Radio will be available in additional countries, which we first reported earlier this week. A few other new details were also mentioned.

Re/code says that the new streaming service will feature a free trial that allows users to test it out before subscribing. Beats Music already has a similar feature, so it makes sense that this would carry over to the Beats-powered platform. However, there is no solid information about how long this trial will last. It could be as long as three months depending on the deals with the associated music labels.

The service will also reportedly allow content owners to make a selection of songs available for streaming even to users who don’t subscribe to the service. Don’t expect the latest music to be available for free, however, as it’s likely labels will want to keep that behind the subscription paywall to ensure they make as much money as possible from it.

Overall there aren’t a lot of groundbreaking new details here. Free trials and a selection of free (but likely not all that appealing) music seem like basic features for a streaming service like this. Apple is expected to show the service off at WWDC before launching it alongside iOS 8.4 in late June. Be sure to read our full profile from March of what to expect from Apple’s new streaming music service.

Also to be expected at WWDC alongside new music features: iOS 9, OS X 10.11, and a new Web TV cable-replacement platform for the new Apple TV set-top-box.