Poll: Will the Apple Watch and gamification lead to a leaner, fitter you? 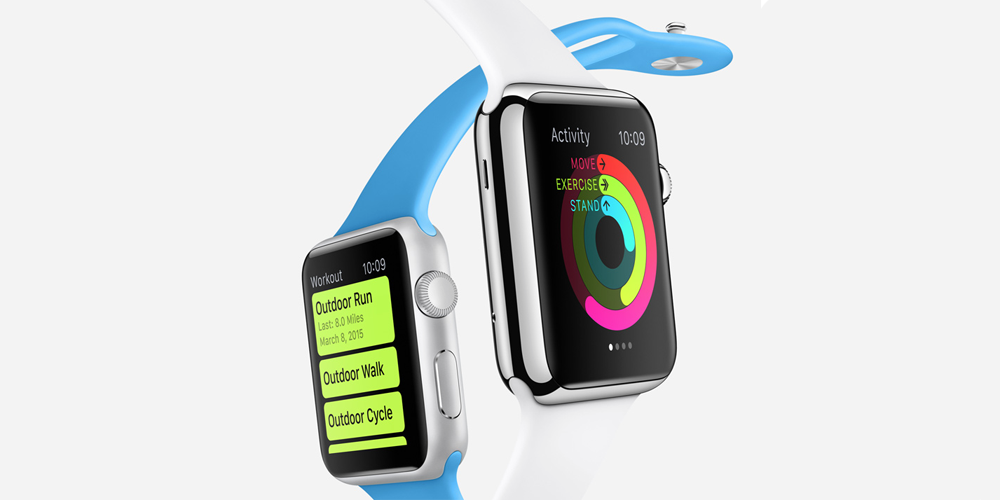 Social sharing of exercise data, using services like Strava and RunKeeper, has been one of the bigger trends in recent years. Thanks to fitness bands, smartwatches and GPS-based cycle computers, it’s easy to capture your exercise data and have it automatically uploaded, allowing friends and strangers alike to take part in virtual competitions. It’s effectively gamification of our bodies.

While some take it extremely seriously – so much so that Strava has had to allow users to mark stretches of road or path as dangerous, to stop overly-competitive cyclists mowing down pedestrians in their quest to gain a coveted King of the Mountain award – for most it’s just a fun way to get a bit more exercise and tease their friends.

Any fitness band enables you to compare things like total steps and total calories expended, of course, but the Apple Watch makes it particularly easy to create informal competitions, with yourself or others, to maximize the exercise you get in your everyday life …

A small thing that makes a big difference on the Apple Watch is the ease of taking screenshots. Just as simultaneously pressing Home and Power on the iPhone takes a screengrab, so too does pressing the Digital Crown and side button on the side of the watch. That screengrab is then instantly available in the Photos app on your iPhone.

What that means is it’s trivial to measure before-and-after calories or exercise minutes for any activity, simply by pressing two buttons on your watch – in either the Workout app or just the Activity rings. 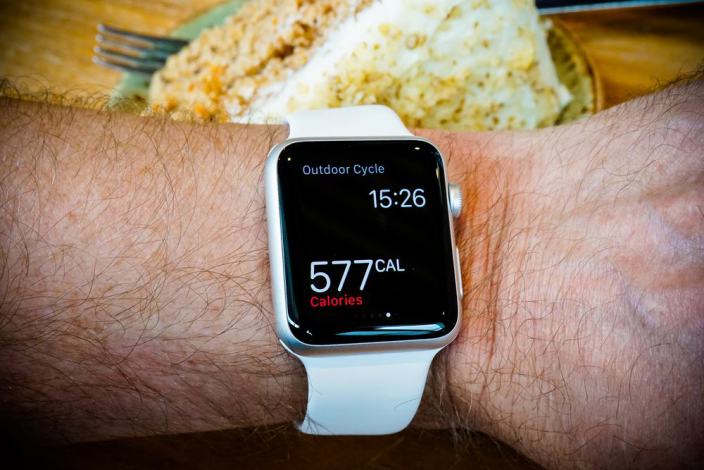 Doing a quick 15 minutes on the treadmill? Challenge your friends to beat your calorie burn during that time. Or keep your heart-rate in the aerobic zone for the maximum amount of time during the run.

Hitting the gym with a buddy? Set a goal and see who can achieve it in the shortest time. A screenshot beforehand allows you to deduct your ‘before’ counts, measuring only what you do in the gym session.

Early riser? Challenge your similarly-minded friends to notch up the greatest number of calories by a certain time of the day, a screen-grab at the end-time used to verify.

Not really a gym bunny? No matter: the Apple Watch has a fairly relaxed idea of what comprises exercise – a brisk walk will do it – so you can play any of these type of games without going anywhere near a pair of running shoes.

For example, how about a contest to see who can notch up the highest number of exercise minutes in the office, doing nothing more taxing than taking the stairs rather than the elevator and walking to meetings at a brisk pace? Could even be an excuse for more trips to the coffee machine. Screengrab one when you enter the office, screengrab two before you leave it at lunchtime.

Or see who can notch up the highest number of steps climbed in the course of a working day? An incentive to book meeting rooms toward the top of the building, perhaps.

What about walking to and from work if you live close enough, measuring the steps and calories just for the commute? Or, if you live too far out, getting off the metro a few stops early and measuring that? 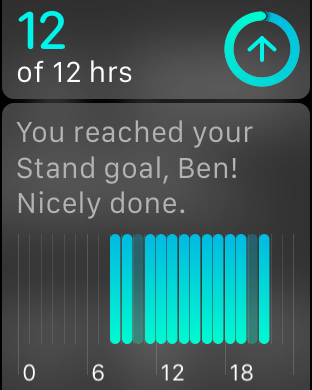 Perhaps as simple as challenging your friends to get the highest score in the stand goals?

Even if you don’t yet have friends with Apple Watches, competing against yourself can be a simple way to motivate yourself. How about aiming to increase both your number of minutes of exercise and your calorie burn every day for a week? Or, if you’re more ambitious, every week for a month?

Because the Apple Watch is designed to be worn all the time, not just when exercising, and screengrabs offer such a painless way to log readings at specific points, this type of fitness gamification is a doddle to do.

Anyone already doing this? Or have I tempted you to try it? Take our poll, and share your stories and ideas in the comments …