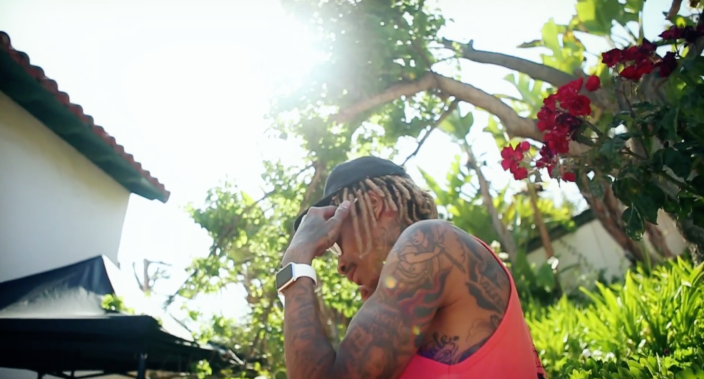 The Apple Watch has already been seen on a variety of celebrity wrists, including Pharrell, Kanye West, Beyonce, and Katy Perry. Politicians Jeb Bush and Newt Gingrich were also recently pictured wearing Apple Watch. Now, however, Apple Watch has made its music video debut thanks to Wiz Khalifa.

The popular rapper released a new track called “The Game” recently and in the video for it, seen below, Khalifa is clearly wearing an Apple Watch with a white sport band

It’s worth noting that Wiz appears to switch watches several times during the video to another watch that is gold and not made by Apple. Wiz has also posted several images to Instagram in which he is wearing an Apple Watch. Those can be seen below as well.

Keep in mind this is a Wiz Khalifa video and song so there is some NSFW language and content.

Daddy on the move.

This could be us but you playin.

Meanwhile in my kingdom.

Me and Kate forever.

The watch that Wiz replaced with Apple’s: