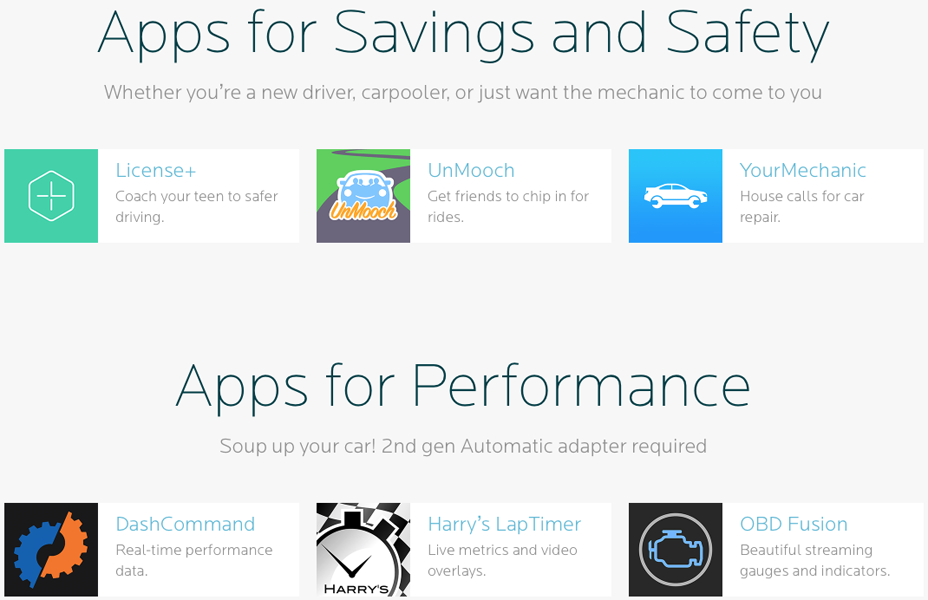 Automatic, a Bluetooth dongle that plugs into your car’s on-board diagnostic port to stream data to your iPhone, has been updated to a new version capable of streaming to two apps at the same time. The company has also launched an ‘app store for cars’ in the form of a webpage with download links to 22 apps that are compatible with the device.

We reviewed the original model back in 2013, when Zac Hall described it as smart, fun and interesting. At the time, it could only stream data to Automatic’s own companion app, but the latest version supports two simultaneous Bluetooth data streams, allowing both Automatic and a second app to receive data simultaneously.

Compatible apps include nine business-oriented apps, allowing things like automated mileage expense claims; convenience apps, like Nest, to pre-heat or cool your home while driving home; safety, like a driving coach to help new drivers; and performance, to provide real-time data to assist in car tuning.

The second-gen Automatic adapter also includes “built-in GPS, Made for iPhone (MFi) certification, and an improved connector to fit better in more cars” at the same $100 price.