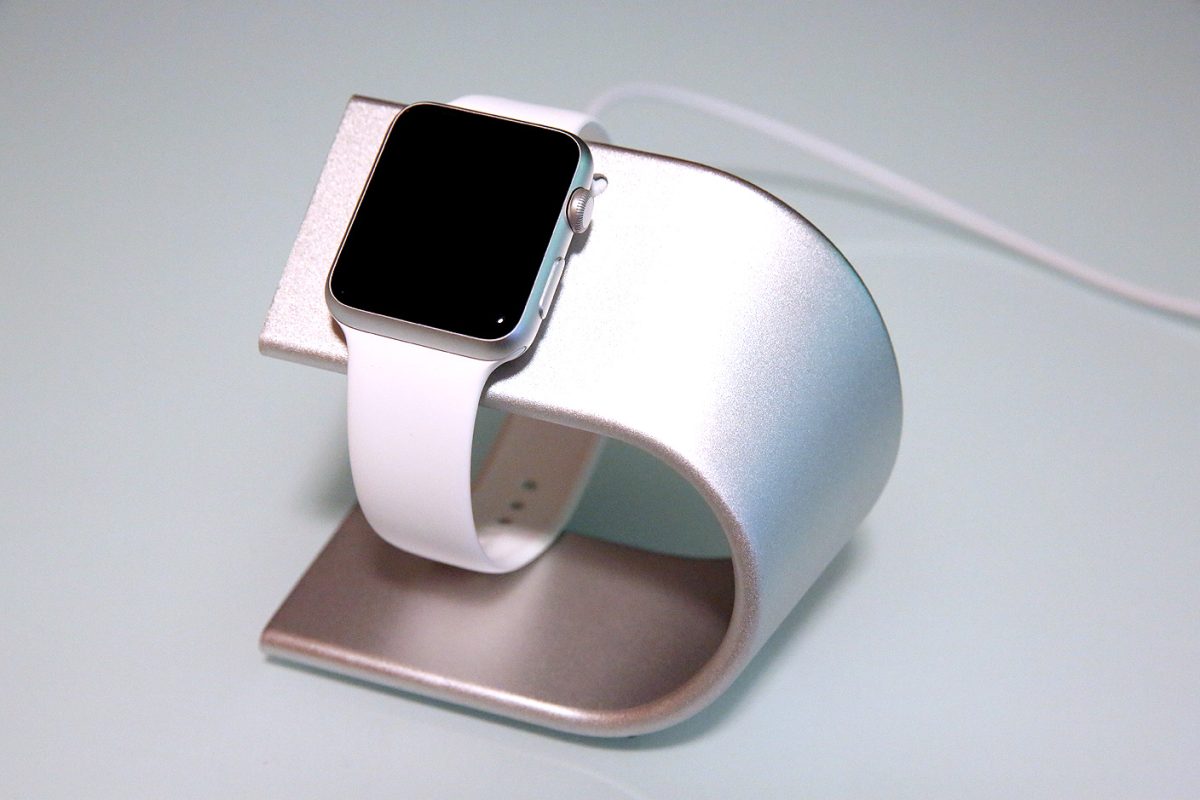 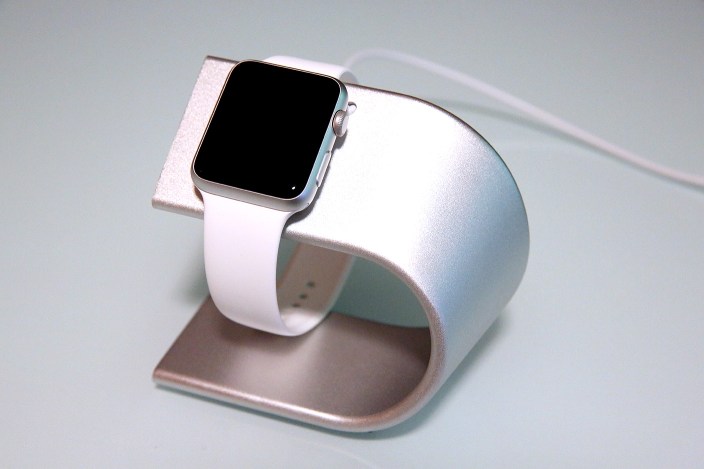 Before the Apple Watch was released, I wasn’t sure that it needed a dock or stand — the included charger would be enough, right? But after actually using the Watch, and noting that Apple included a dock with Edition models, I realized that these accessories had a functional purpose: they kept metal and metal-accented Apple Watch bands from rubbing against nightstands during charging. Some of the dock designs also looked really cool. When I compiled our guide to the best Apple Watch stands and docks, a few definitely looked like objects I’d want to keep on my nightstand, while others definitely did not.

From the first time I saw it, Nomad’s Stand for Apple Watch ($60) stood out as particularly compelling. I have a thing for futuristic accessories, though they rarely have the right combination of looks and pricing. Inexpensive ones too often look kitschy or geeky, while nicely designed ones tend to be unaffordable. Nomad has struck just the right balance, coming up with an elegant design at a reasonable price… 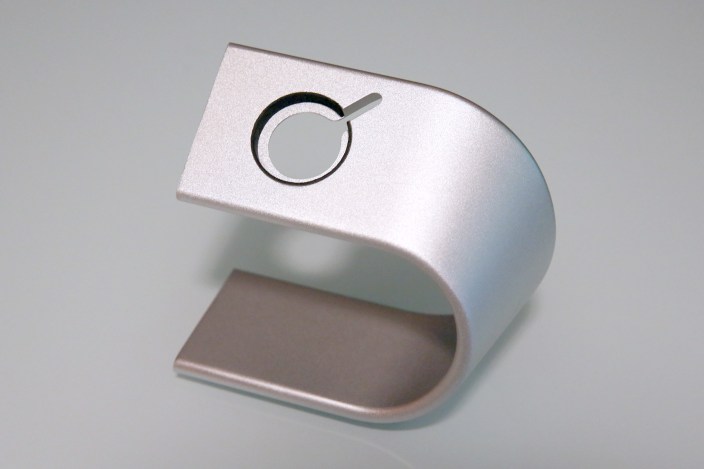 Made from a single piece of aluminum with a small rubber pad on the bottom, the Nomad Stand has the sort of substantial heft that is missing from many aluminum accessories; it’s solid, and doesn’t feel capable of being accidentally bent. Nomad chose a unique shape that looks like a C, but with a flat base that gently curves into a roughly 45-degree-angled top. The silver version I tested looks perfect with the silver Apple Watch and Apple Watch Sport, while the space gray version tested by my colleague Mark Gurman is a great match for Apple’s space gray Apple Watch Sport and space black Apple Watch models. 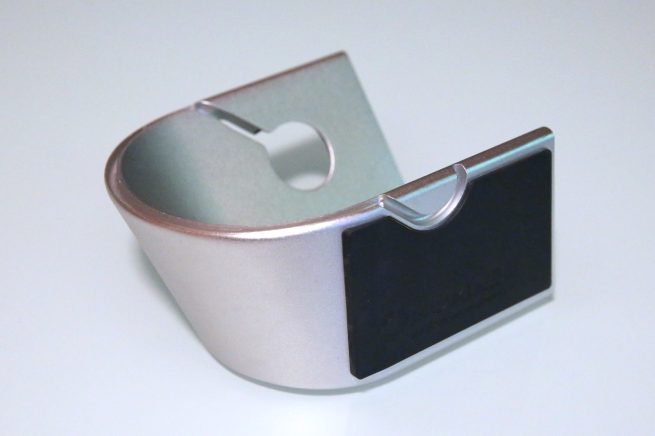 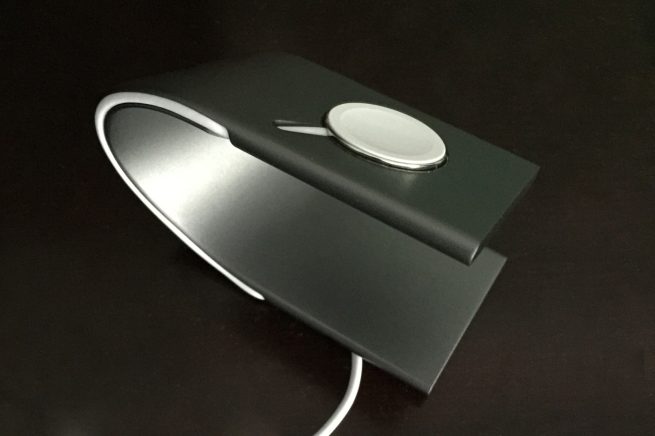 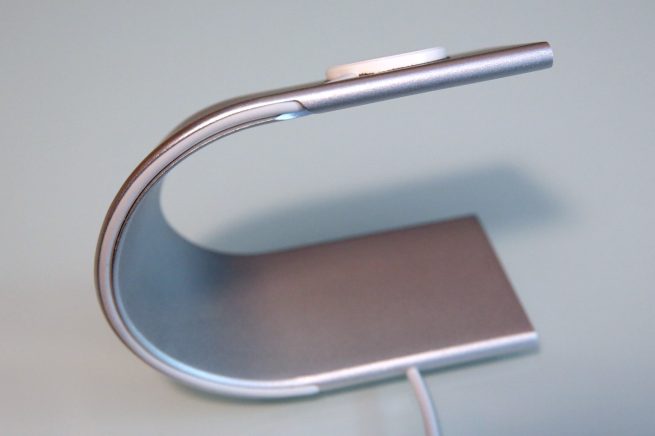 While the front of the C is entirely smooth, the back is machined with a cable-sized groove that holds the official Apple Watch Magnetic Charging Cable inside. Like every Apple Watch dock, you have to supply one of these cables yourself, and Nomad’s Stand supports both the all-plastic Apple Watch Sport version and the fancier metal-clad ones that are sold separately and bundled with regular Apple Watches. The slightly thicker all-plastic Sport charger sticks out a little more than the metal version, which actually has a benefit. With either Charging Cable installed, removing your Watch is as simple as pulling it forward, but with the thicker Sport cable, there’s less of a chance that the Watch’s metal back will accidentally make contact with the Stand’s unpadded metal surface. 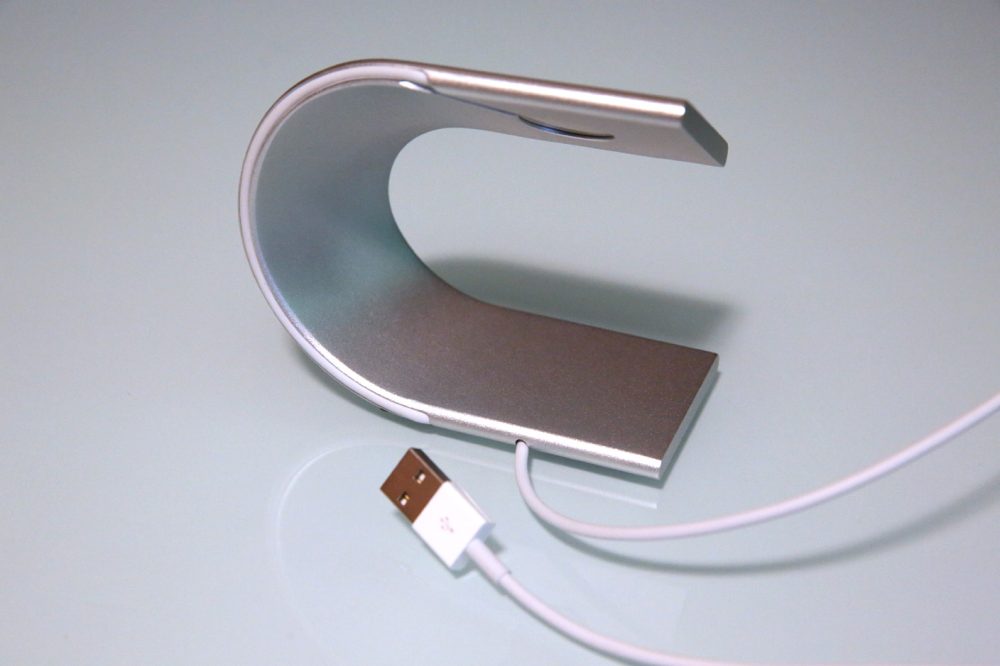 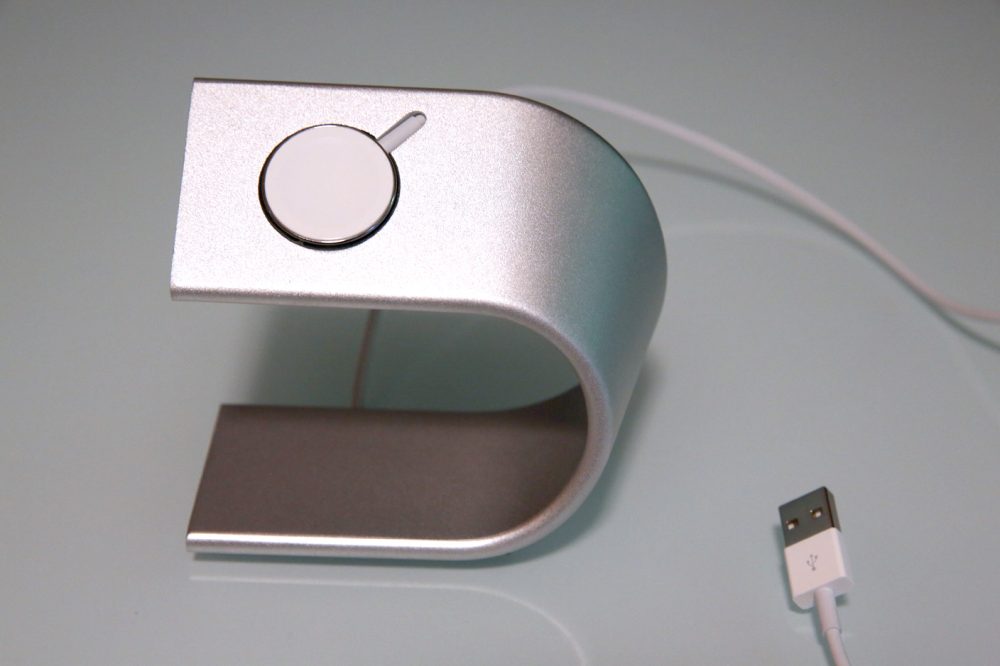 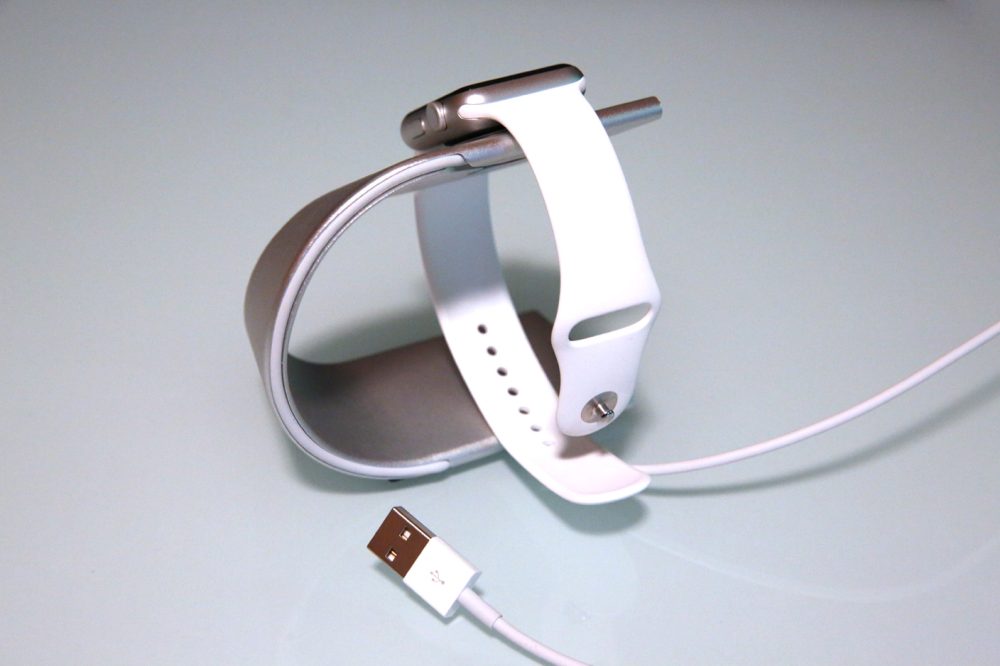 Installation is super easy: just feed the USB plug through the hole in the top, secure the magnetic disk inside the hole, then gently push the cable into the grooves. The Stand’s bottom has a small curve designed to lock your cable in place; it works, but could benefit from a little adhesive assistance. Once everything’s assembled, the fun begins. The Stand holds your Watch roughly 2.75″ above your nightstand using magnetic magic, enabling the timepiece to rest — and properly charge — on an impossibly unsupported angle. Viewed straight on with a mounted 42mm Apple Watch, you can just barely see the edge of the recess in Stand’s top where the Charging Cable is managed, which I’d consider a 1% visual demerit versus the otherwise 99% great design. On even a slight angle, that edge isn’t visible. 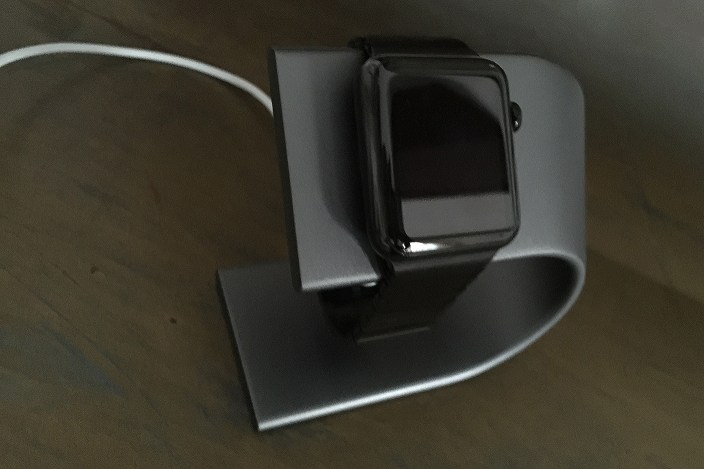 It’s early in the Apple Watch’s life to declare any stand “great,” but from my perspective, Nomad’s Stand deserves that level of acclaim. Minimalist yet gorgeous, the design looks great with the Apple Watch, feels completely solid, and represents a reasonable value for the asking price. If I was choosing a dock for my Apple Watch, this would certainly be my first pick.