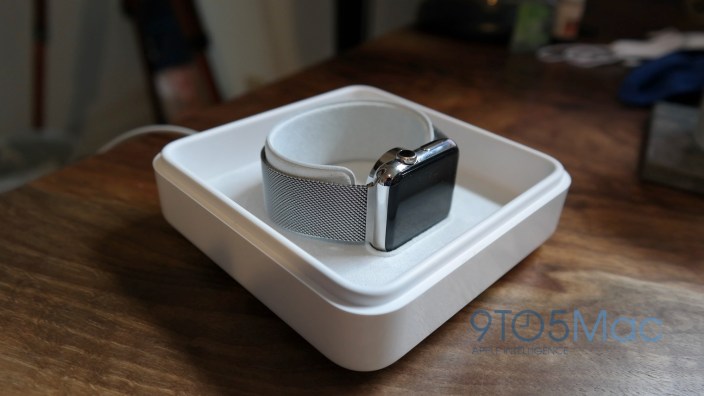 The market for buying and flipping Apple Watches at a profit established itself in less time than it took Apple to deliver the first round of watches to pre-order customers. Taking entrepreneurialism way up to the next level, some ambitious Apple Watch owners are now taking to eBay to sell their Apple Watch boxes for a profit. Not the Apple Watch itself; just the packaging.

In one instance, the seller is actually asking more for the Apple Watch box itself, no watch included, than some retailers are asking for whole Android Wear watches. Talk about an Apple tax… err profit. Maybe hoping to pick up a new band at no cost or just recoup some of their initial Apple Watch investment, this seller is asking $59.99 for their plastic and fabric Apple Watch box. Another seller has their cheaper Apple Watch Sport box up for grabs, but the shipping will cost you.

Maybe more surprising than people attempting to sell their Apple Watch packaging is that people are biting, although there may not be much money in the scheme with actual bids not reaching more than $10 or so at the time of writing. I imagine the Apple Watch Edition box will demand a much higher price tag if anyone decides to sell that.

For now, DIYing your Apple Watch box into an Apple Watch Edition-style charger will have to do, or you can check out one of the early Apple Watch charging stands we’ve seen so far.