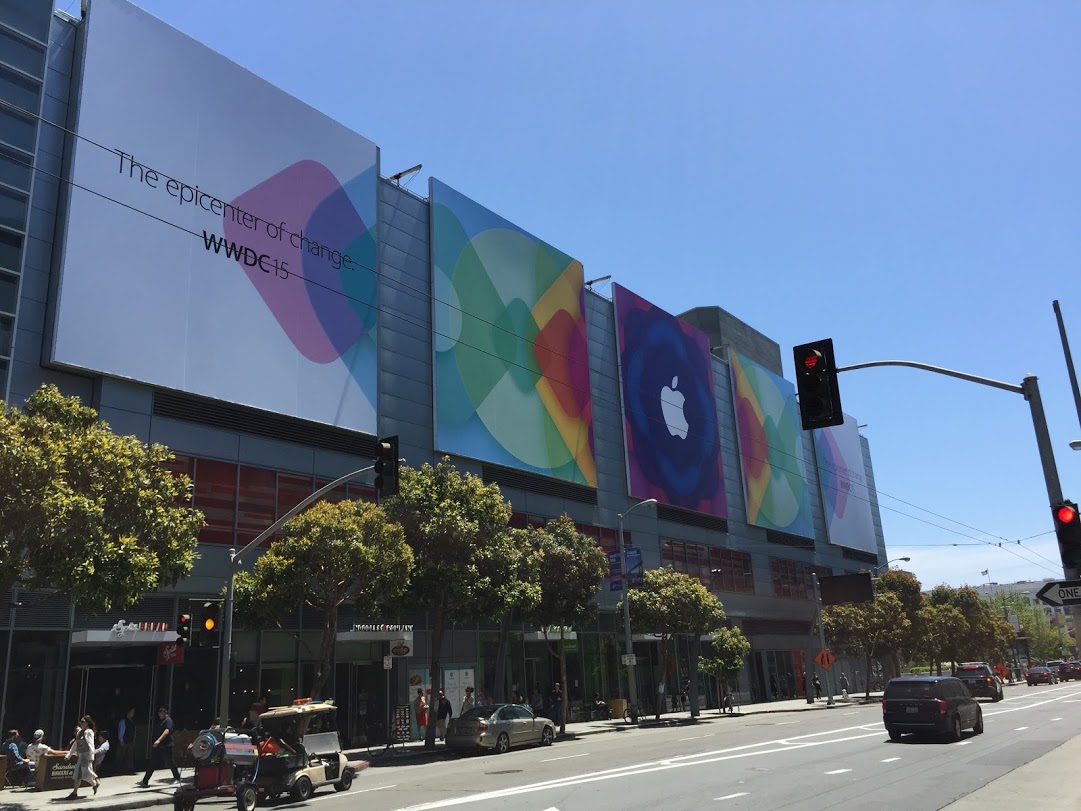 With WWDC coming up next week, Apple has started preparing for the big day. Following the launch of the Apple TV channel for the keynote stream yesterday, the company has started decorating Moscone West with Apple logos and banners.

As spotted by MacStories and followed up by images from our own Tom Maxwell, the first bits of a large Apple logo on one side of the building have already been put up. There’s not much more to see at the moment, but many more banners are expected to go up in the coming days. As in previous years, some of them will likely be covered to prevent news about upcoming announcements from getting out early.

Apple is expected to announce the next versions of its iOS and OS X software during the event.

Some progress on the large Apple logo and setup for the event, as well as the indoor “epicenter of change” banners (Thanks Victor).

Update June 5: Even more photos from Moscone West. Thanks Ethan!

If you’re in the San Francisco area and snag some photos of the banners as they go up, send them to tips@9to5mac.com.