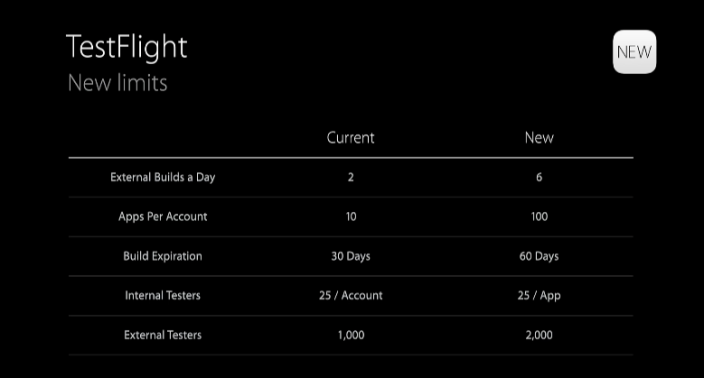 Apple is rolling out improvements to its iTunes Connect portal that developers use to submit and manage their apps on the App Store. In addition to some welcomed UI tweaks, Apple is introducing a few notable improvements for developers. The big ones include increased limits for testing apps in TestFlight, the ability to manage multiple accounts/apps from a single username, and new user roles to allow a team of developers varying access to iTunes Connect features.

For TestFlight, Apple is increasing limits for the number of builds a developer can release per day, the number of apps per account, and the number of internal and external testers. In addition, it’s increased the build expiration from 30 days to 60 days, giving developers more time to test each build they seed through TestFlight.

External builds per day go from two to six, apps per account is increased from 10 to 100, the internal tester limit is now 25 per account vs the old 25 per app, and the limit for external testers doubles from 1,000 to 2,000. 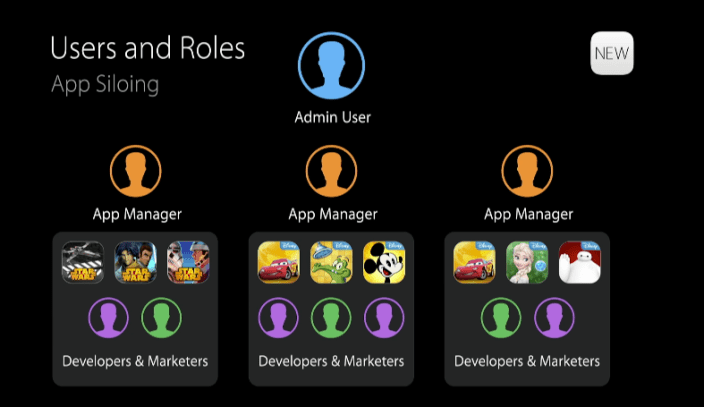 Another nice change for developers is the ability to manage several accounts in iTunes Connect under a single username. After several apps are added to an account by its admin, developers can now assign user roles to individuals on their team— app manager, developer, or marketer— with each allowing varying access to iTunes Connect features. App managers, for example, will be able to create users, assign user roles, change pricing, and submit apps for review. Marketers will get access to updating store metadata, uploading promo material, and requesting promo codes. Users assigned the developer role will be able to upload binaries, and view crash logs and store metadata.

Apple has also made some UI tweaks to iTunes Connect by consolidating the old seven tab interface into four tabs simply labeled App Store, Features, TestFlight and Activity. It’s also made changes to how pricing is presented, allowing devs to view pricing in their default local currency and making it easier to quickly view pricing for apps deployed in markets using different currencies.