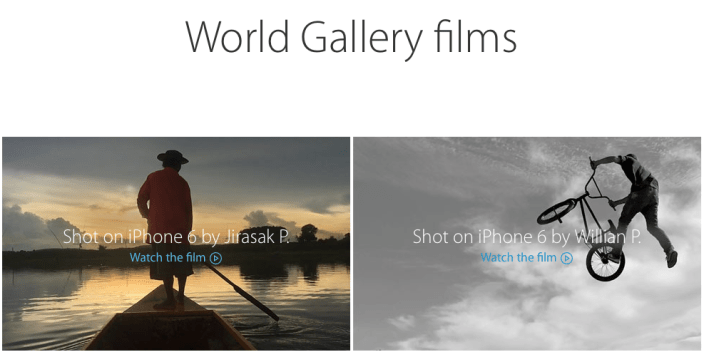 Apple this evening has shared two new videos as part of its Shot on iPhone campaign. Apple originally introduced videos to the campaign earlier this month and made additions two weeks ago, as well. Today’s two new clips are follow suit with the earlier videos and are 15 seconds long. They have been added to both Apple’s World Gallery webpage and its YouTube channel.

The first clip, shot in Votorantim, Brazil, showcases the slow-mo capabilities of the iPhone 6. The second video also was shot in slow motion and shows off Chaiyaphum, Thailand. Both clips carry an instrumental background track and end by giving credit to the videographers and with the Shot on iPhone slogan.

Apple launched its Shot on iPhone 6 ad campaign back in March and has since expanded the campaign to buildings and skyscrapers around the world. Earlier this week, Apple received the top Outdoor Lions prize at the Cannes Festival for its Shot on iPhone Campaign.