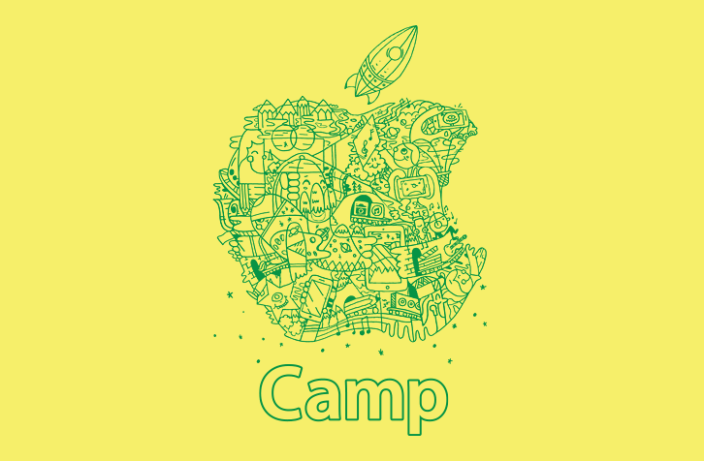 Apple today has opened enrollment for its annual Apple Camp program. For those unfamiliar, Apple Camp is a series of three-day workshops that Apple holds in its retail stores for kids ages 8 through 12. Apple Camp is designed to encourage the kids to explore technology and learn how to use it to be successful and creative.

The two workshops this year are called “Stories in Motion with iMovie” and “Interactive Storytelling with iBooks.” The workshops will be held from 11 AM to 12:30 PM in Apple Stores throughout the United States, Canada, China, France, Germany, Hong Kong, Japan, Italy, Netherlands, Spain, Sweden, Switzerland, Turkey and the United Kingdom. Apple Camp sessions are held at various dates July 20th through August 7th.

Stories in Motion focuses on teaching students how to create their own films with iMove on the Mac. The sessions focus on all aspects of the process, including making a soundtrack in Garageband. Interactive Storytelling focuses on guiding kids to create interactive books using iBooks and iBooks author.