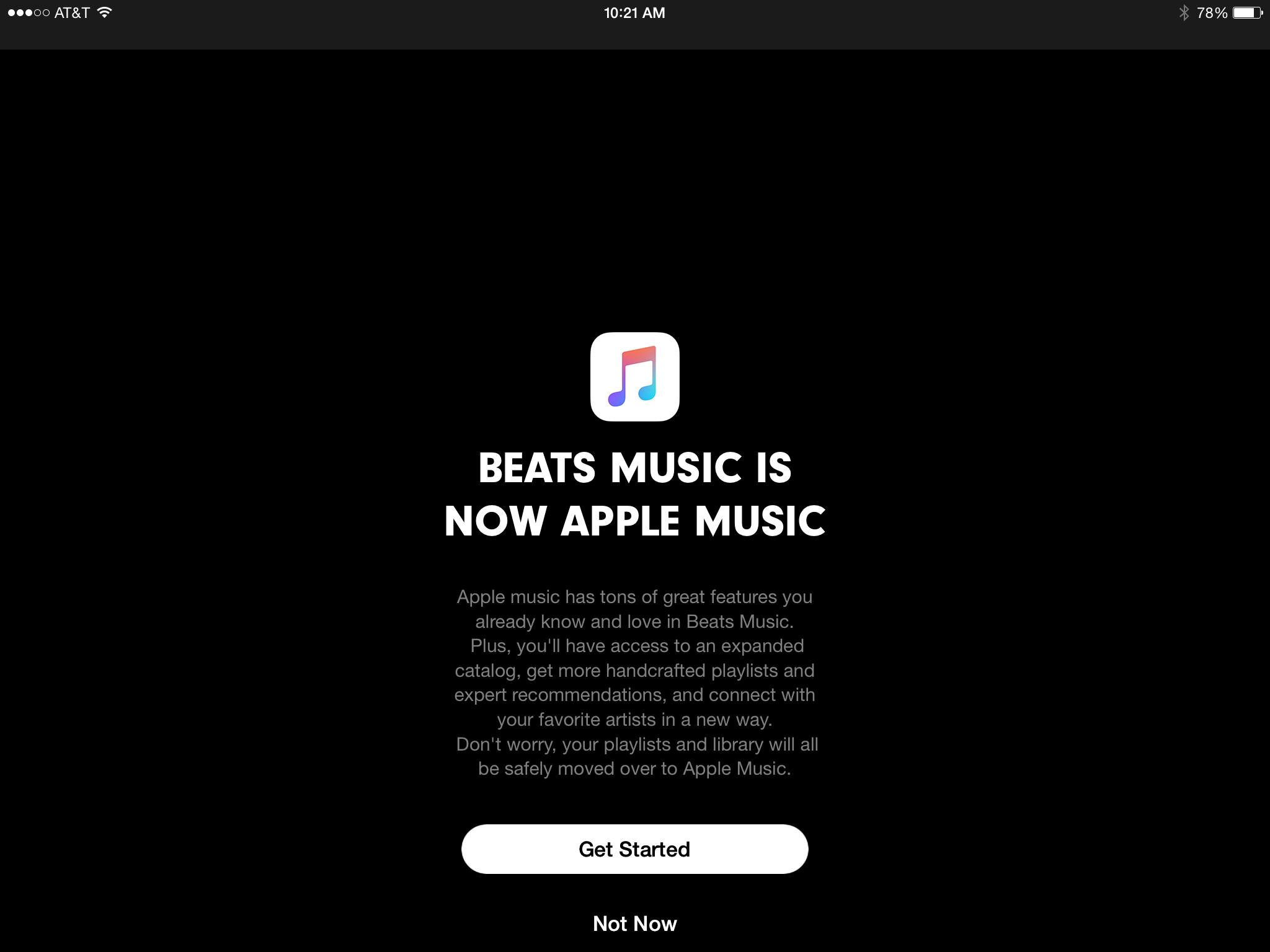 Apple has just released a new version of Beats Music for iPhone, iPad, and iPod touch that adds the ability to migrate from the subscription music service to Apple Music which replaces it. The migration assistant keeps both playlists and saved music from artists and albums intact when moving to Apple Music.

Apple Music is launching with a free 3-month trial available to everyone so current Beats Music subscribers will enjoy using the new service without payment for that period. After that period, the Apple Music price will be the same as Beats Music at $9.99/month in the United States. Subscribers will also have access to a $14.99/month tier that supports up to 6 users through Apple’s Family Sharing feature. 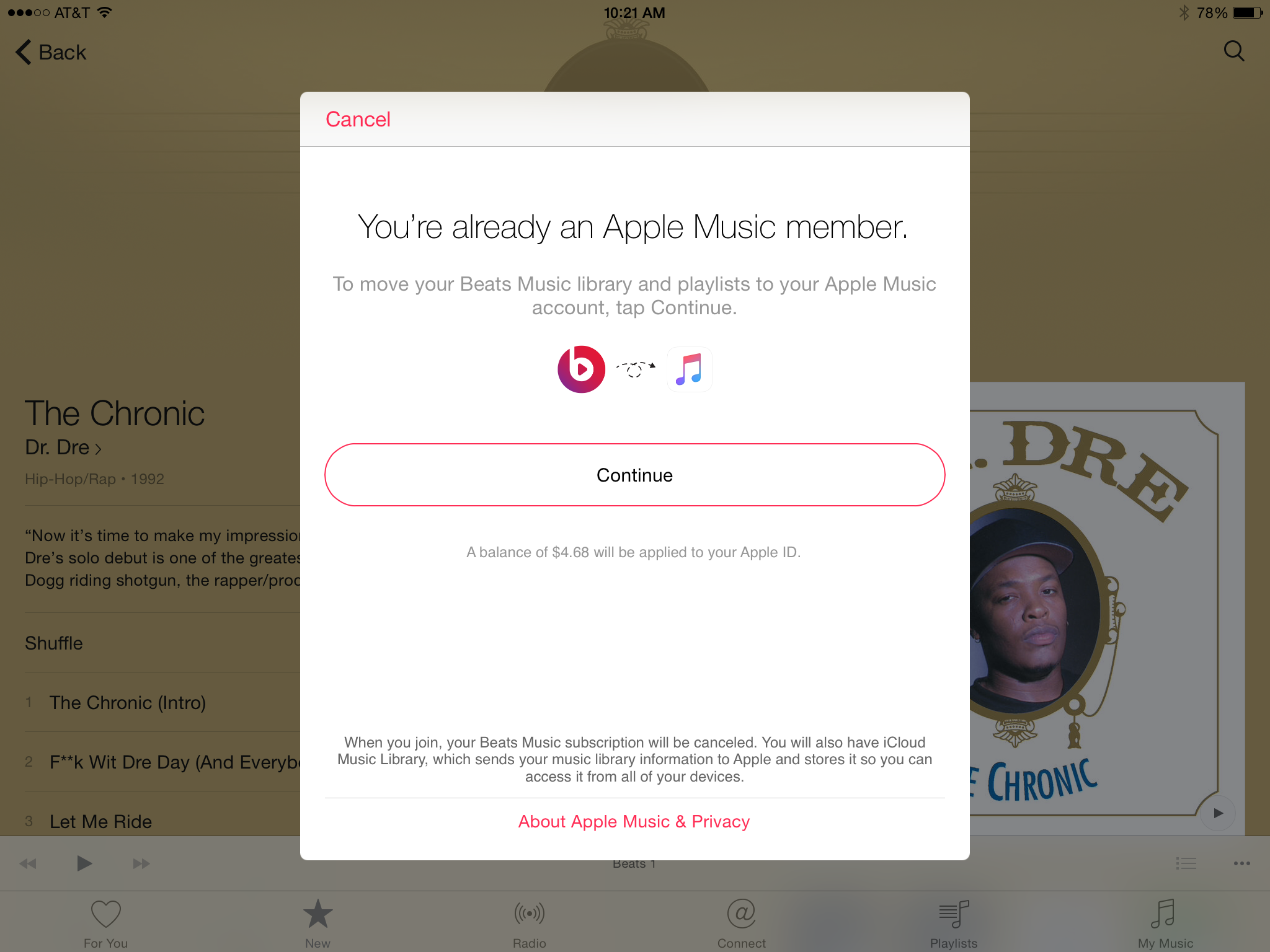 Once converted, any Beats Music credit balance will become iTunes credit to be used on the App Store, iTunes Store, or iBooks Store. In addition to tighter iOS integration and a dedicated desktop app through iTunes, Apple Music boasts an expanded catalog over Beats Music including exclusive content like Dr. Dre’s The Chronic album, Taylor Swift’s 1989 record, and an new Pharrell premier.

The update to Beats Music for iOS is available now through the App Store.