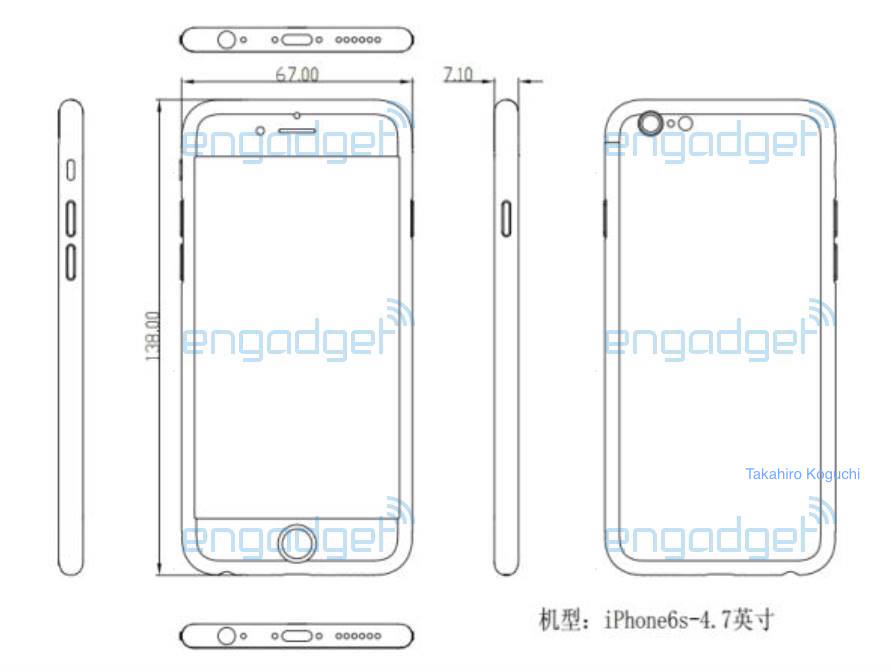 Engadget Japan has shown a purported schematic of the iPhone 6S which it attributes to a reliable source in the Chinese supply chain. While the diagram does not appear to have originated from Apple, the design and marked dimensions are consistent with casing photos we obtained from a proven source.

We noted that any change in thickness was imperceptible, and the thickness marked on the schematic is 7.1mm – just 0.2mm thicker than the iPhone 6, and the exact same thickness as the iPhone 6 Plus. This also matches (within 0.03mm) that shown in a drawing we reported earlier …

With the design unchanged, and a minimal change in the depth of the phone, it’s likely that almost all existing cases will fit the new model. Our earlier report noted that the antenna lines are still present, though Apple does appear to be exploring the possibility of removing them for later models.

Check out our earlier piece for a full gallery of the casing photos.