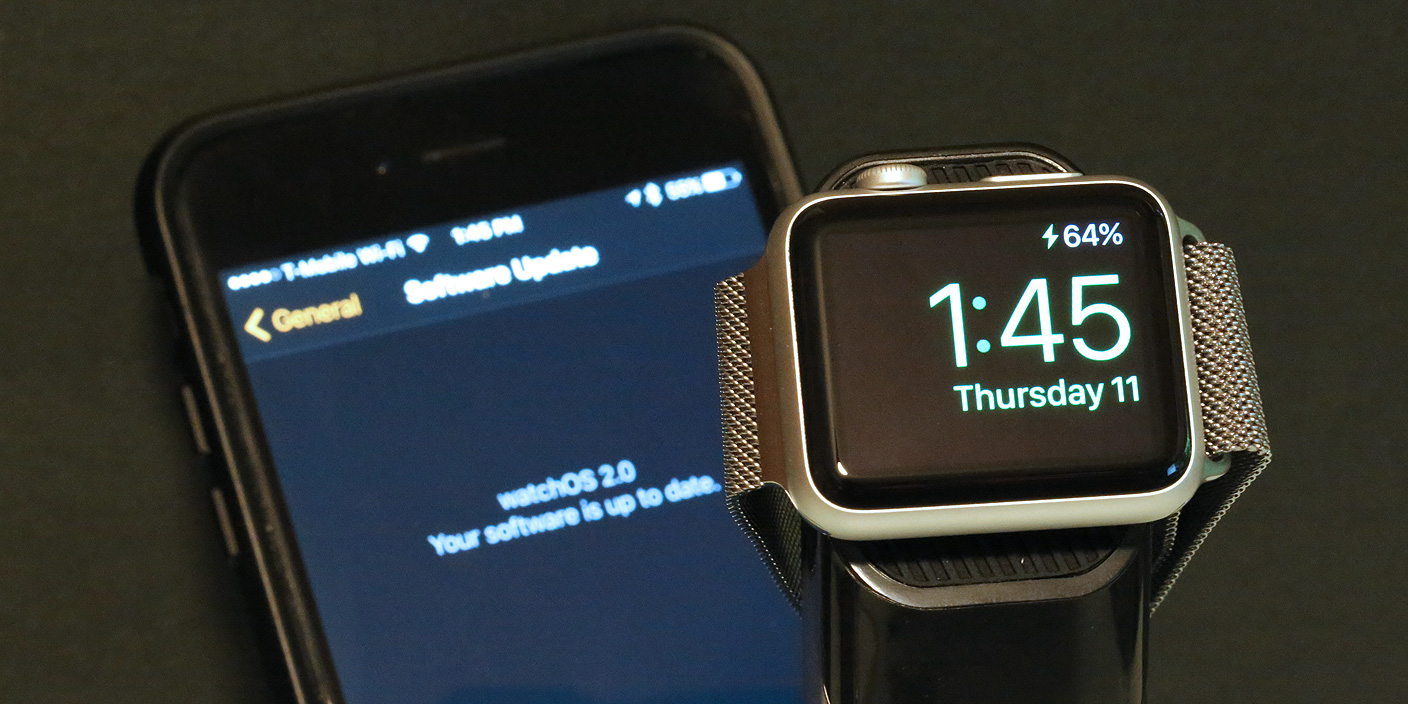 When Apple released the first beta of watchOS 2.0 last month following WWDC, users were surprised to learn that there was no way to downgrade from the beta build to the more stable Watch OS 1.0.1. Users tried a variety of different methods, but were ultimately left with one option: send their Watch into Apple and allow them to do the restore. With today’s launch of watchOS 2.0 beta 3, Apple has officially confirmed that there is no way to downgrade to an earlier version of watchOS without sending your device into Apple.

In a new webpage, accessible only by developers, Apple details that Apple Watch cannot be restored to earlier versions of watchOS without assistance from Apple Support. The company also notes that Apple Authorized Service Providers and Apple retail stores are unable to perform the downgrade process. Instead, users must ship their device to Apple, allow them to downgrade it, and wait for it to come back. It’s unclear how much Apple will charge for the process. 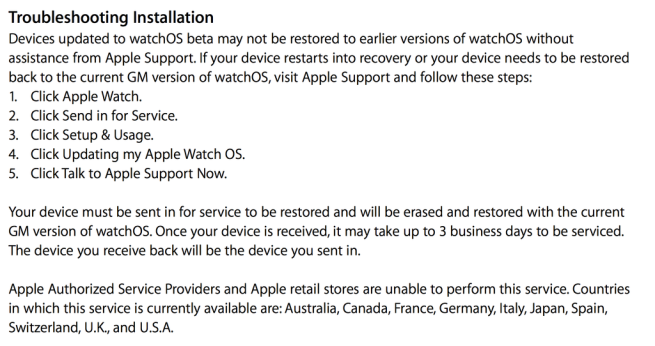 While this issue isn’t huge for beta users, who should have expected stability and performance issues when they upgraded, it creates an interesting predicament for Apple going forward. Should the company push a botched update that causes unavoidable issues to non-developer users, how will it instruct users to restore their device to a stable operating system while the company prepares an update? As Jeremy pointed out last month, Apple has a history of pushing updates that aren’t ready for primetime to users and the inability for users to manually downgrade seems like a major oversight for the company and goes well beyond those wishing to simply downgrade from the beta version of watchOS.