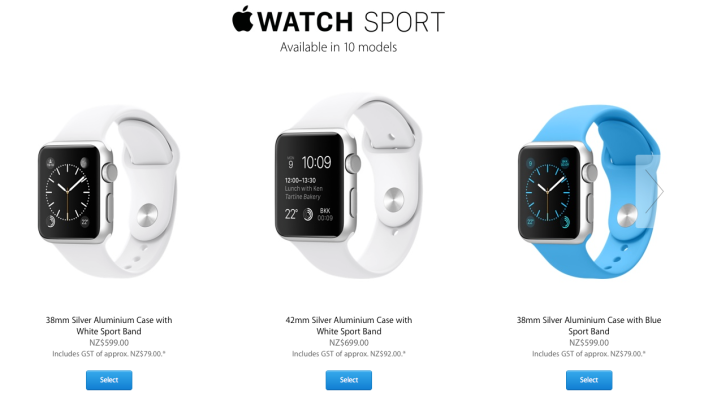 Last week it was revealed that Apple Watch would be launching in New Zealand on July 31st, but without any sort of pricing information. Today, however, Apple has updated its New Zealand online store with more details regarding the launch. The entry-level 38mm Apple Watch Sport starts at NZ$599 and increases to NZ$699 for the 42mm model.

Apple Watch will launch in New Zealand on July 31 at 7:01am local time.

Update: Apple has also revealed that Apple Watch will launch in Turkey on July 31, as well. More details can be found on Apple’s online store here.

@markgurman YAS! Turkey is the 4th wave country beside New Zealand for launch of the Apple Watch. Can't wait! pic.twitter.com/3GLEM2VDBE