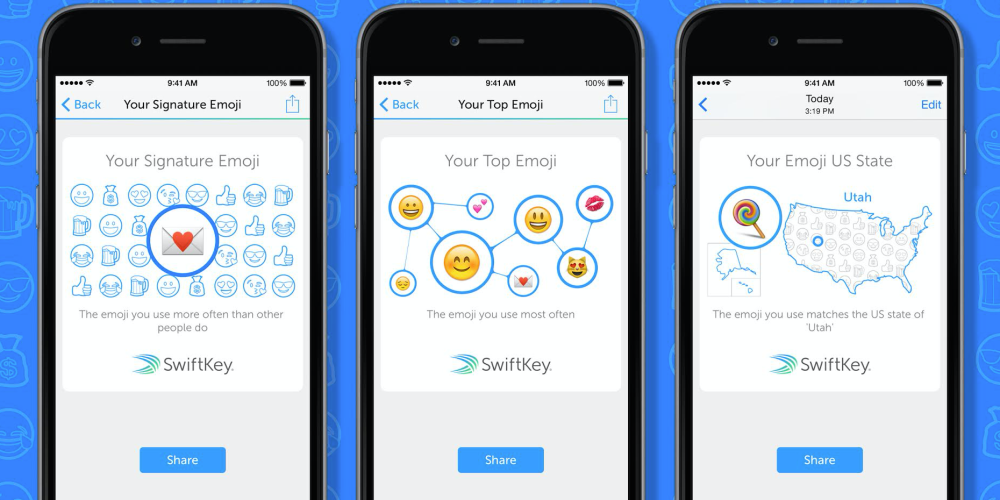 The second new emoji feature, called Emoji State, tells you the U.S. state that most reflects your emoji use. SwiftKey says this feature works by comparing your emoji use to how people in each state use emojis. The feature will tell which state, based on emoji use, to which you really belong.

All three of SwiftKey’s recent new emoji features are below: