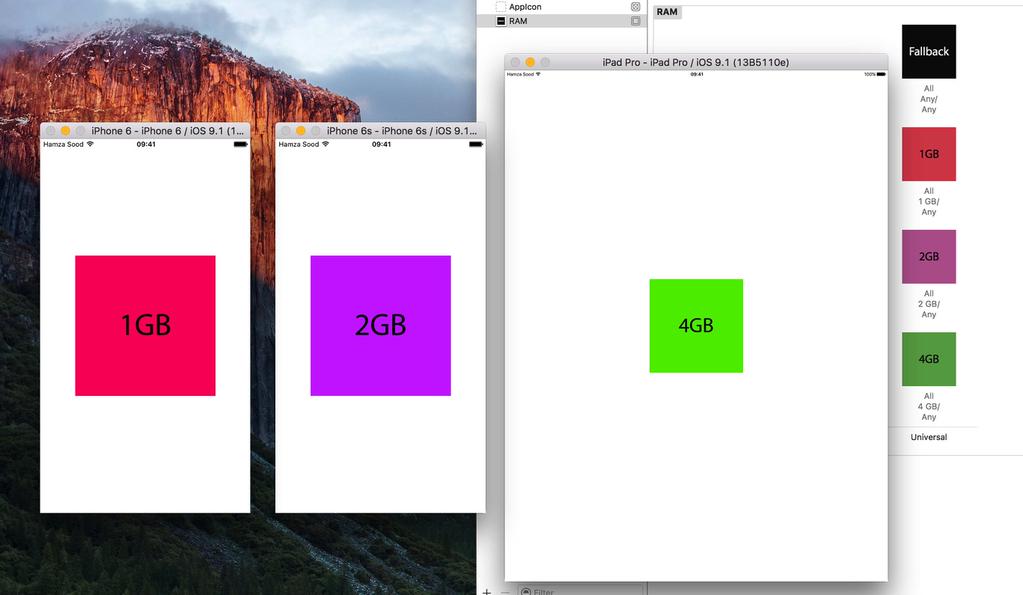 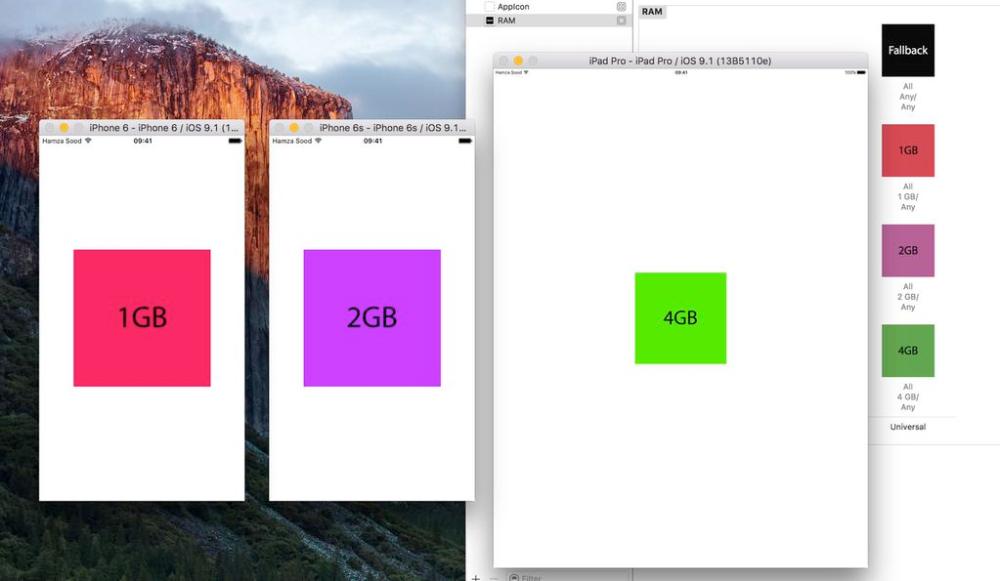 Hamza Sood has cleverly used asset catalogs with the Xcode 7 GM to confirm the rumors around the iPhone 6s and iPad Pro RAM specifications. It confirms that the iPhone 6s has 2 GB of RAM, up from 1 GB in the iPhone 6, and the iPad Pro has 4 GB RAM, a 100% increase from the 2 GB in the iPad Air 2’s A8X chip.

Not much of a surprise but Xcode confirms 2GB of RAM for the 6s (and 6s plus), and 4GB for the iPad Pro pic.twitter.com/X8Ym4DtamS

RAM upgrades for the iPhones has been somewhat overdue, with many complaining apps have to relaunch too frequently on current hardware, especially on the iPhone 6 Plus. RAM affects how much app data the device can keep in memory at once. This is often seen through the number of tabs Safari can open before having to reload a website. More RAM (obviously) provides a better experience across the system. The iPhone has been stuck on 1 GB RAM since the iPhone 5 in 2012.

Adobe leaked the iPad Pro specifications a bit prematurely last week in a press release about the new software. On the iPad platform, RAM is also vital in offering a good split-screen multitasking experience with iOS 9. It will also enable apps to be generally more capable and do more memory-intensive things, like edit 3 4K video streams as is possible with the latest version of iMovie. Like the iPhone, it also enables the device to keep more apps ‘frozen’ in memory rather than having to relaunch the app from scratch.

Sood explains how he cleverly hacked Xcode asset catalogs to discover the information. Asset catalogs are normally used to serve different images for 1x, 2x and 3x screen scales. Sood instead made the asset loading depend on the memory capacity of the different devices.

The iPhone 6s and iPhone 6s became available for preorder yesterday, with the launch coming on the 25th September. The iPad Pro will be released in November.