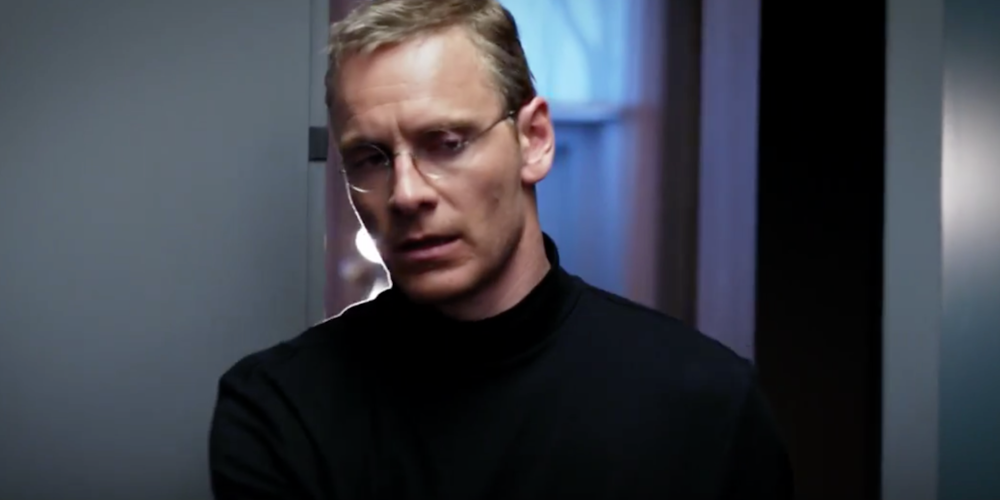 Universal today has shared the second official trailer for its upcoming Steve Jobs film. The movie debuted last week at the Telluride Film Festival and received almost universal positive reviews. Universal’s film stars Michael Fassbender as Jobs and is directed by Danny Boyle, previously behind hits such as Slumdog Millionaire.

Universal’s Steve Jobs movie focuses on Jobs backstage at three of his biggest product launches while at Apple. Universal says that the biopic takes viewers “behind the scenes of the digital revolution to paint an intimate portrait of the brilliant man at its epicenter.” The film is written by Aaron Sorkin, who drew heavily from Walter Isaacson’s biography on Jobs. Other actors include Seth Rogen as Steve Wozniak, Kate Winslet as Mac engineer Joanna Hoffman, and Jeff Daniels as John Sculley.

Earlier this week in an interview with Stephen Colbert, Apple CEO Tim Cook slammed the recent wave of films based on Steve Jobs’s life. “I think a lot of people are trying to be opportunistic and I hate this,” Cook explained. “It’s not a great part of our world.”

Universal’s Steve Jobs is next set to show at the Centerpiece for the New York Film Festival later this month before debuting at a first wave of theaters on October 9th. The full release is slated for October 16th. The first trailer for the film can be seen here.

Update: And another trailer, this time featuring a creative use of the Mac startup chime.