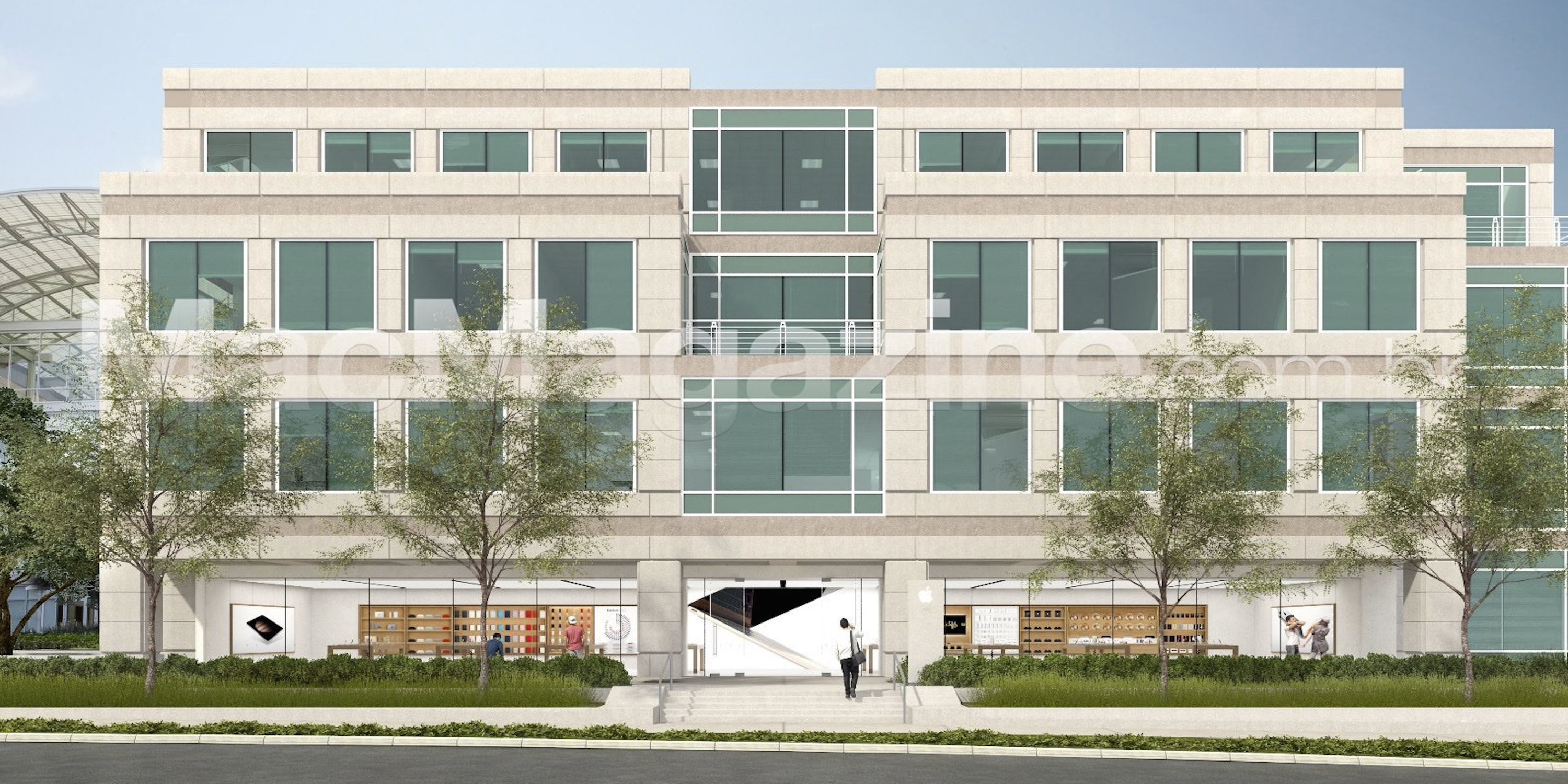 Update: Images of the new store’s facade below via @MikesiOSHelp and @thequinntaylor.

With Apple’s redesigned company store set to open this weekend, details of changes to the new store have been highlighted in a memo to employees (via MacMagazine). Among the changes, the new Apple company store will for the first time sell Apple devices including the iPhone, iPad, Macs, and Apple Watch. The store is also re-opening with a new collection of Apple-branded merchandise including clothing, mugs, and other collectibles that are only available at the company store.

We noted back in June that changes to the store were on the way when the company store, located at Apple’s Infinite Loop headquarters in Cupertino, was closed temporary for renovations.

So the store is now much more of a full Apple Store experience than in the past, which also includes Apple’s new design language for retail thought to be headed by Apple’s design guru Jony Ive. Back in May, Apple announced Ive would be switching roles to “Chief Design Officer,” which would have him in charge of all design aspects of the company including retail. And on that note, Apple’s new company store will include concrete and glass accents, terrazzo flooring, new LED panel ceilings, and new accessory displays made of wood that we’ve seen in some of Apple’s recent store designs.

Apple’s redesigned company store is schedule to re-open this Saturday, September 19 at 10am local time.