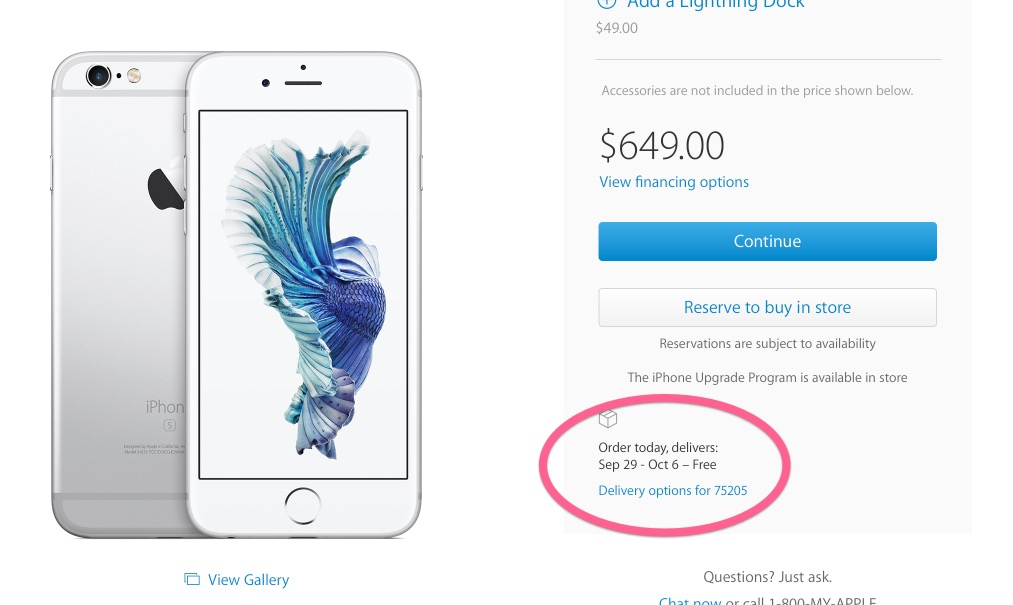 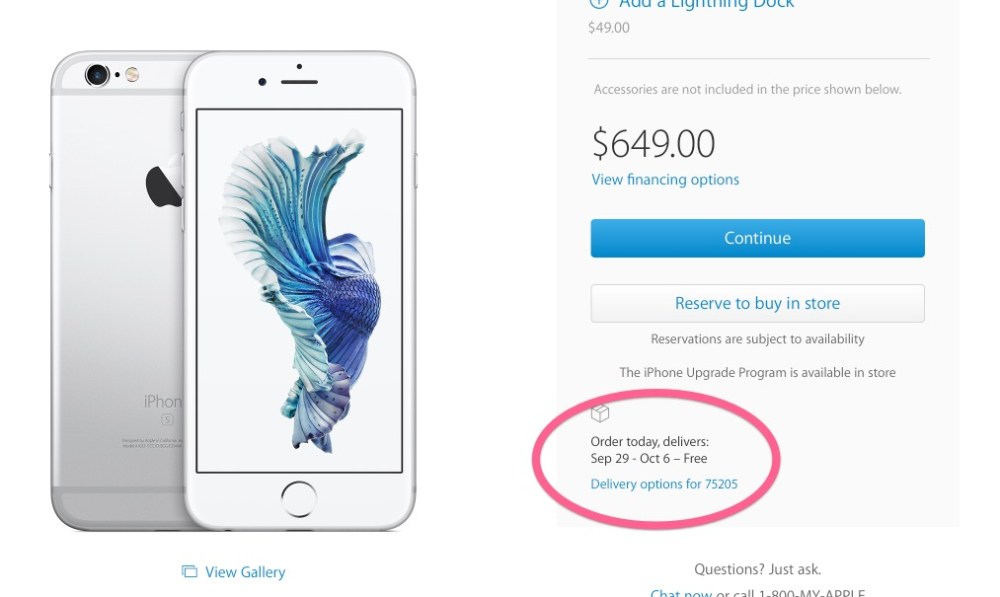 Ahead of the official launch on Friday, Apple has now sold out out of all iPhone 6s and iPhone 6s Plus on Apple.com in the US and worldwide, twelve launch countries in total. The earliest delivery quote you can now get for a new iPhone is September 29th. The iPhone 6S Plus has been sold out for about a week now and now the 6s has followed suit, four days ahead of release.

Apple is yet to give official numbers for the iPhone 6s reception, apart from saying it is on pace to beat the 10 million unit record set last year by the iPhone 6 and 6 Plus in opening weekend sales. Earlier today, Apple announced that response to iPhone 6s has been ‘extremely positive’.

Normally, Apple sells out of new iPhones in a much shorter timeframe (preorders began September 12th). However, this year, Apple has had another week buffer before the iPhones launch meaning that they could likely build up more inventory and, thus, sell more stock in advance.

In a normal iPhone presales period, Apple typically opens preorders on Friday and sells out early in the following week. If you discount an extra week’s worth of sales, that’s essentially what has happened this time around, with iPhone 6s selling out late on Monday.

If you still want an iPhone sooner than September 29th, you are not completely out of luck. Apple has said it will have more stock available in-store on Friday which you can buy on a ‘walk-in-and-wait’ basis. Apple will not have stock in some select locations though, as announced in this morning’s press release:

iPhone is available by reservation only in China, Hong Kong, Japan and US stores in tax-free states.

You can read all about Apple’s launch plans for the iPhone 6s in our report from last week.