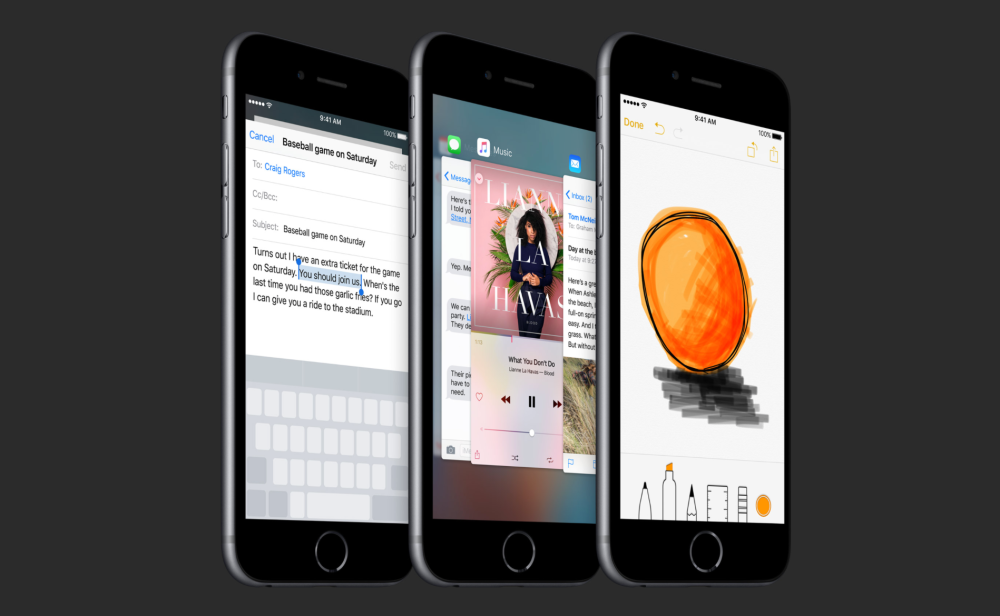 The reviews for the iPhone 6s came out yesterday and it was generally agreed that 3D Touch is a substantial advancement in the iPhone’s UI and interaction experience. However, most reviewers focused on how you can use the pressure-sensitive display to bring up quick actions on the Home Screen or peek at content in apps without navigating all the way in. These are good examples (and certainly the ones Apple touts the most on its website) but 3D Touch has the potential for many more custom uses within apps and games.

By far the best of these unsung features was demoed by Matthew Panzerino on Twitter last night. You can 3D Touch on the iPhone 6s keyboard to enter trackpad mode and move the cursor around indirectly. It’s like the iOS 9 two-finger gesture on iPad but its even more convenient and more powerful.

You can light press on the screen to move the cursor around (already a great improvement over the current fiddly ways to select text on iOS) but when you press harder, it actually invokes selection. This means you can quickly navigate around the paragraph and instantly start highlighting with just one finger.

It’s a great use case that shows the extra dimension of control you can get by measuring the force of a touch on a screen — the ability to start two distinct actions in one continuous gesture. Doing the same without 3D Touch might be possible but it couldn’t be anywhere near as fast or as elegant.

It’ll be interesting to see what developers do with the addition of force: imagine a note-taking app that can differentiate between highlighting and annotating based on how hard you press down. The iPhone 6s and iPhone 6s Plus launch this Friday.