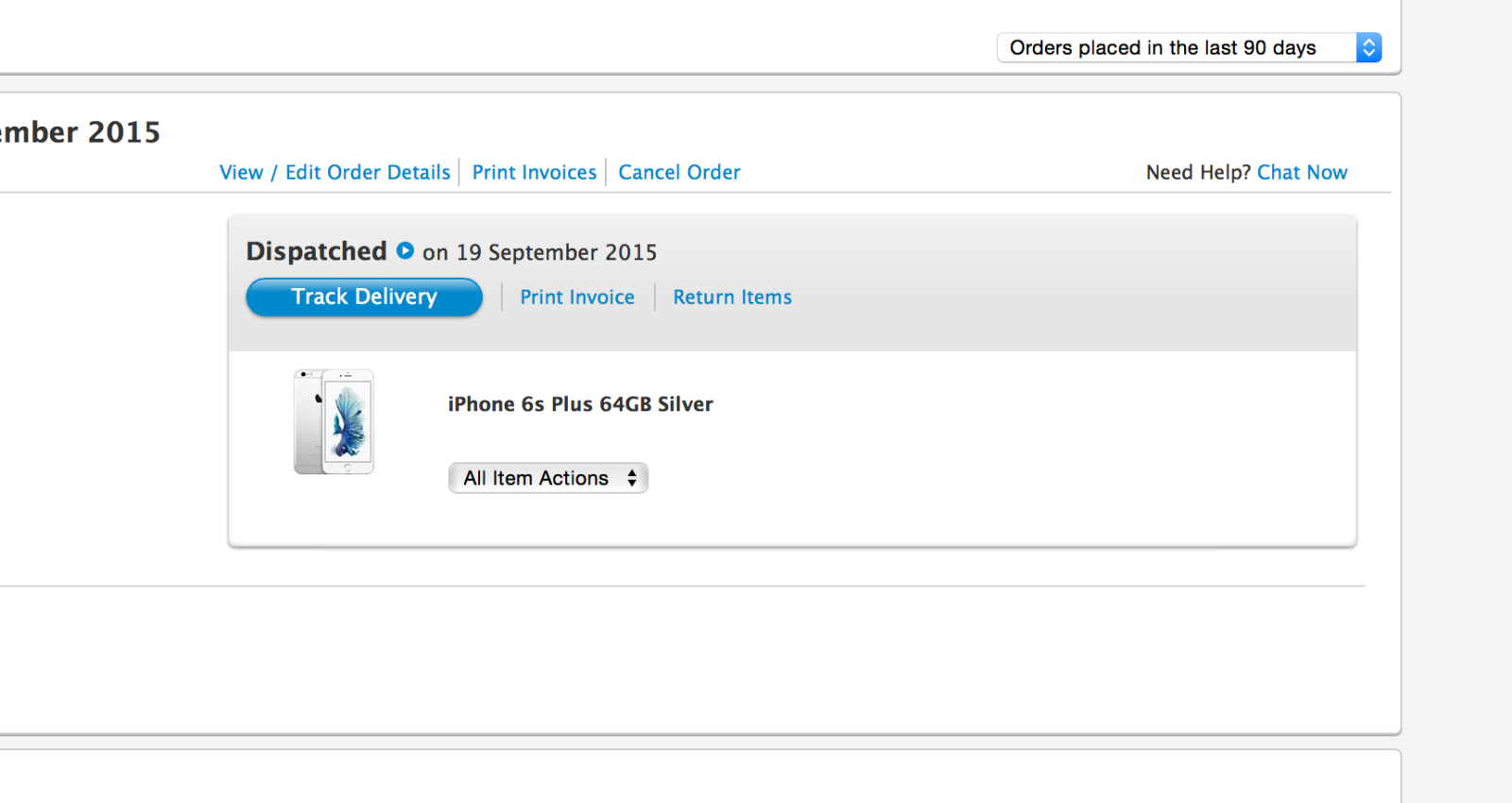 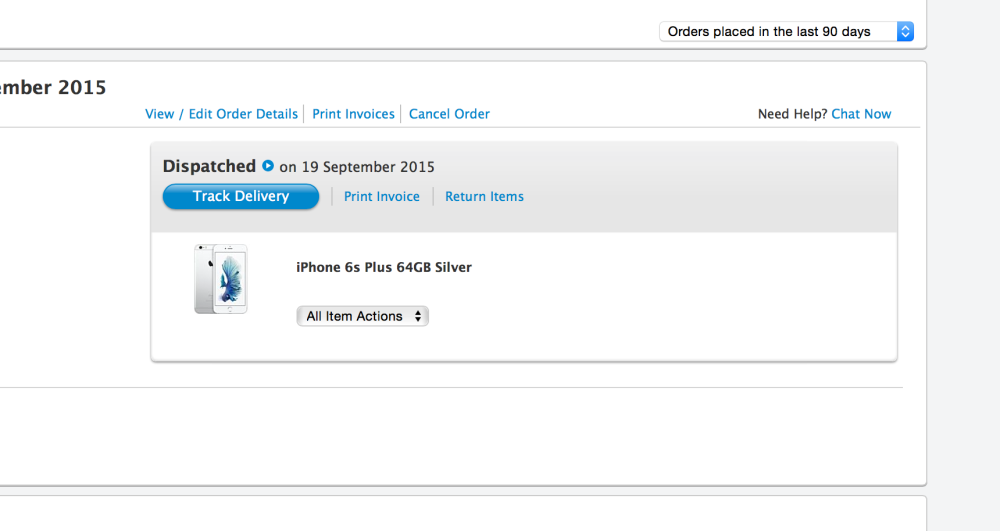 My iPhone 6s status has changed to shipped! *dances*

My iPhone 6s has shipped – wooh!

Many orders stating Preparing for Shipment on Apple’s website have actually already left the factory and are en route. As such, almost all orders quoting Friday delivery will be delivered on time. Even so, it’s reassuring to get the confirmation shipment email — tell us in the comments if you’ve got yours.

Earlier today, Apple released its first bug fix update for iOS 9, iOS 9.0.1, which addresses a few common issues being experienced by users, including a freeze where iPhones and iPads would get stuck on the ‘Slide to Upgrade’ screen.  The fixes come just in time for the new phones to be released, hopefully contributing to a problem-free public launch of the new iPhone 6s.