Apple’s iPhone 6s is finally here and it comes along with a new feature that you may not be familiar with. Today we’re checking out the best 3D Touch features. Some of you are probably thinking, how is this any different from a long press, right? Well its uses may not be very different at the moment, but the technology that makes this possible is a very different thing.

3D Touch will sense the amount of pressure your finger applies to the screen and trigger various actions. So instead of a short press or a long press, 3D Touch enables a soft press and a hard press. So you can “tap” on the display, but then you can go even further (quite literally) and press into the display at multiple levels. Once you’ve reached the amount of pressure to trigger an event, the iPhone will provide slight haptic feedback to let you know. So what can 3D Touch actually do?

First up, most of the apps on your home screen have secret 3D Touch menus available. For example, if you 3D Touch on an icon, the rest of the screen will blur our and your focus will be directed to a little menu which offers a variety of app-specific shortcut. 3D Touch on Messages and you’ll have the option to create a new one, or view previous messages. Do it on the camera app and another set of options are available. The same thing applies to a lot of the stock apps in iOS, but there are also third-party apps like Instagram and Twitter and many others that take advantage of this feature, with more to come in the near future.

Check out our 3D Touch top features video below:

Once you’re inside of those apps, there are a lot of 3D Touch features as well, but you need to know where to look. First off, any list style view will likely have 3D Touch features that go along with it. For example, the Messages app you can lightly press on a message thread to “peek” at the conversation quickly. You can release to go back to the previous screen, but if you see an arrow at the top of the screen and slide up with the peek window, you’ll have some addition options. If you press even harder, the message will “pop” open. The same is true for many other apps with a list-style view such as Notes. and the native Mail app, but hopefully more support for other apps will come through in the future.

Even image based apps like Photos and Instagram have a peek and pop ability with 3D Touch. It’s a super helpful feature to have, but I’m not sure if it’ll always save you time over the traditional way of taking a look at something quickly. The calendar app does this with events scheduled for different days as well. 3D Touch on a single day and you’ll be able to peek at the schedule. 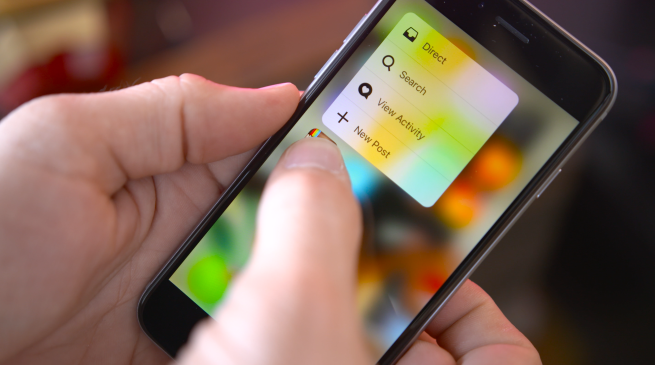 If you’re inside of any app that utilizes a keyboard, there’s a very cool feature to help with your text edits. If you press hard on the keyboard, it’ll turn into a trackpad and allow you to easily move the cursor to another spot. You can also press and slide in from the side of the screen to access the app switcher view, or you can simply press harder on the edge of the screen for it. Both of them seem a little awkward though, but it’s there if you need it.

Apple’s iPhone 6s and 6s Plus cameras come along with a new Live Photos feature which will capture a second and a half of the action with audio before and after you take a photo and allow you to animate your photo by pressing into it. Along with that, you can set these Live Photos as wallpaper and even 3D Touch on the lock screen to animate them there as well. 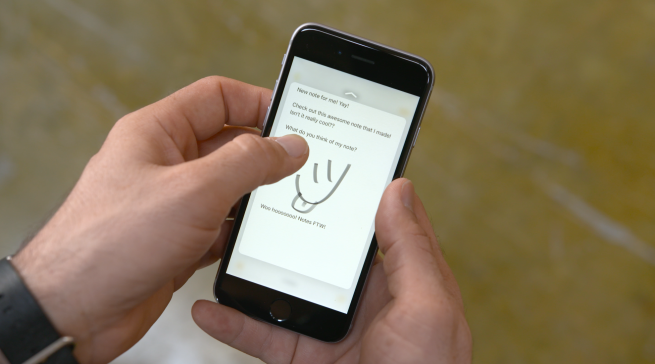 One of my favorite 3D Touch features has to be with system-wide links. Most anywhere you see a link, you’ll be able to press hard on it and pop up a preview of that website. It works similarly on MacBook as well if you have a Force Touch trackpad. Either way, it’s super helpful and will save you some time if you’re unsure about the page being linked. This will allow you to quickly preview it before launching it in a full browser.

I realize there are no 3D Touch manual available and because of this, you’re kind of stuck just 3D Touching everything to find out what really works. Luckily, these actions are fairly consistent across iOS, but until it’s a regularly executed thing within all iOS apps, you’ll still be poking around at stuff to see what works and what doesn’t. Be sure to check out the above video for a closer look at the 3D Touch features available with the iPhone 6s and 6s Plus and let us know your favorites in the comments below.

Also, check out our iPhone 6s and 6s Plus unboxing + impressions video here.