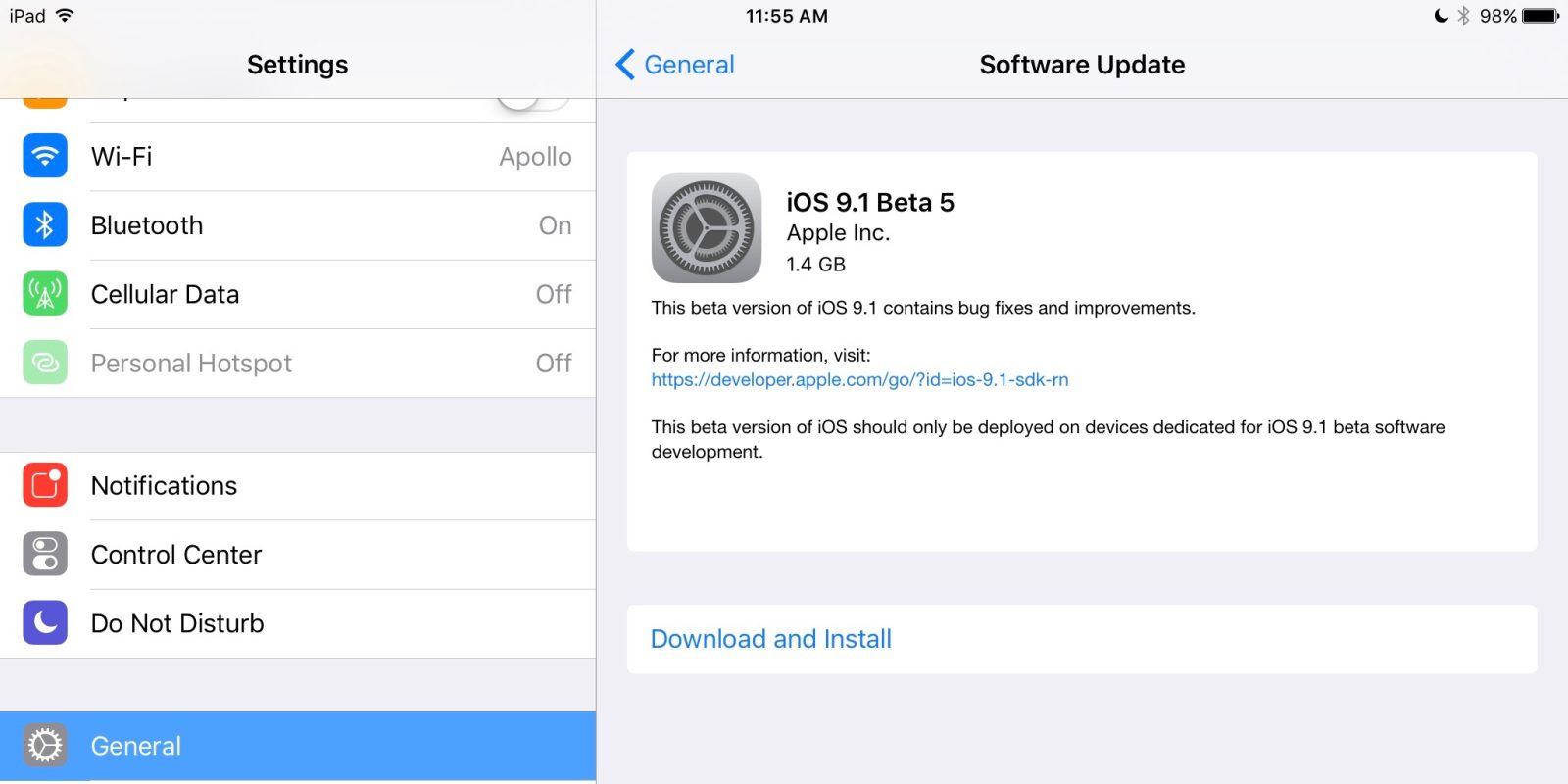 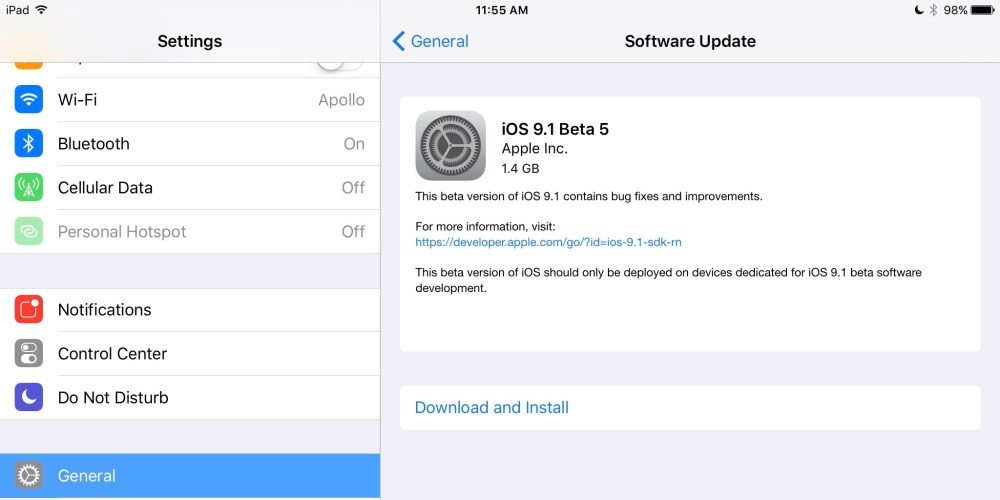 Apple has seeded the fifth iOS 9.1 beta for developers and public beta testers. The new beta includes various bug fixes and improvements … we’ll let you know if there’s anything drastically new. The new seed comes less than a week after beta 4 as Apple comes closer to a public launch of iOS 9.1. 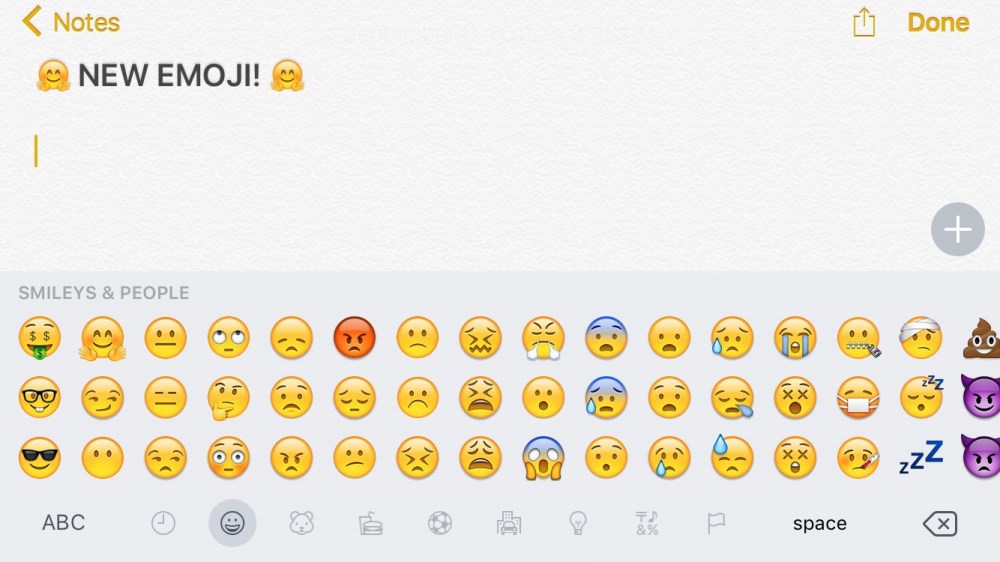 Of most interest to many is the addition of new emoji to type and share with others, including the much-beloved ‘middle finger’ icon. These were first introduced in beta 2.

Let us know in the comments if you see anything new.