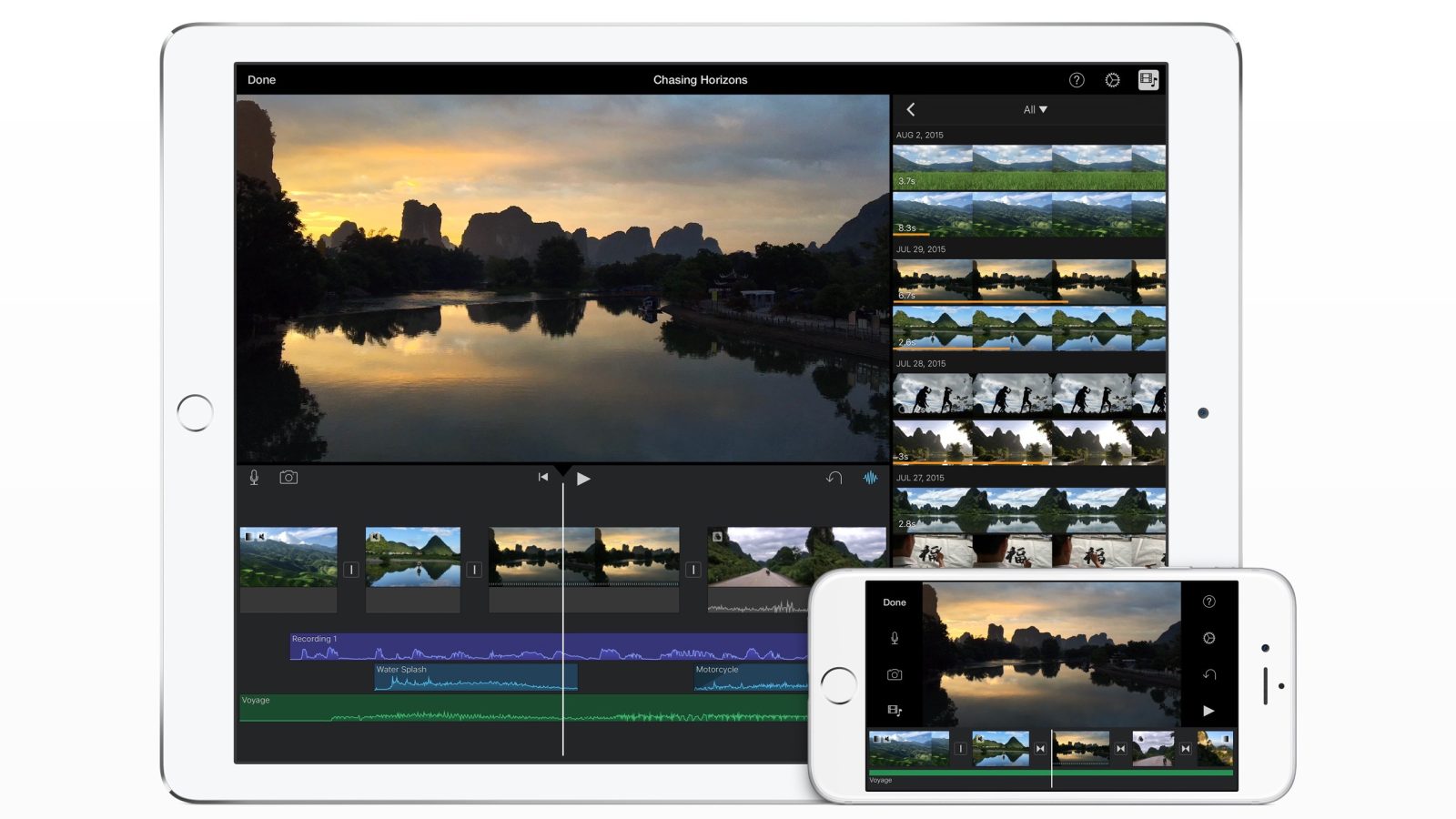 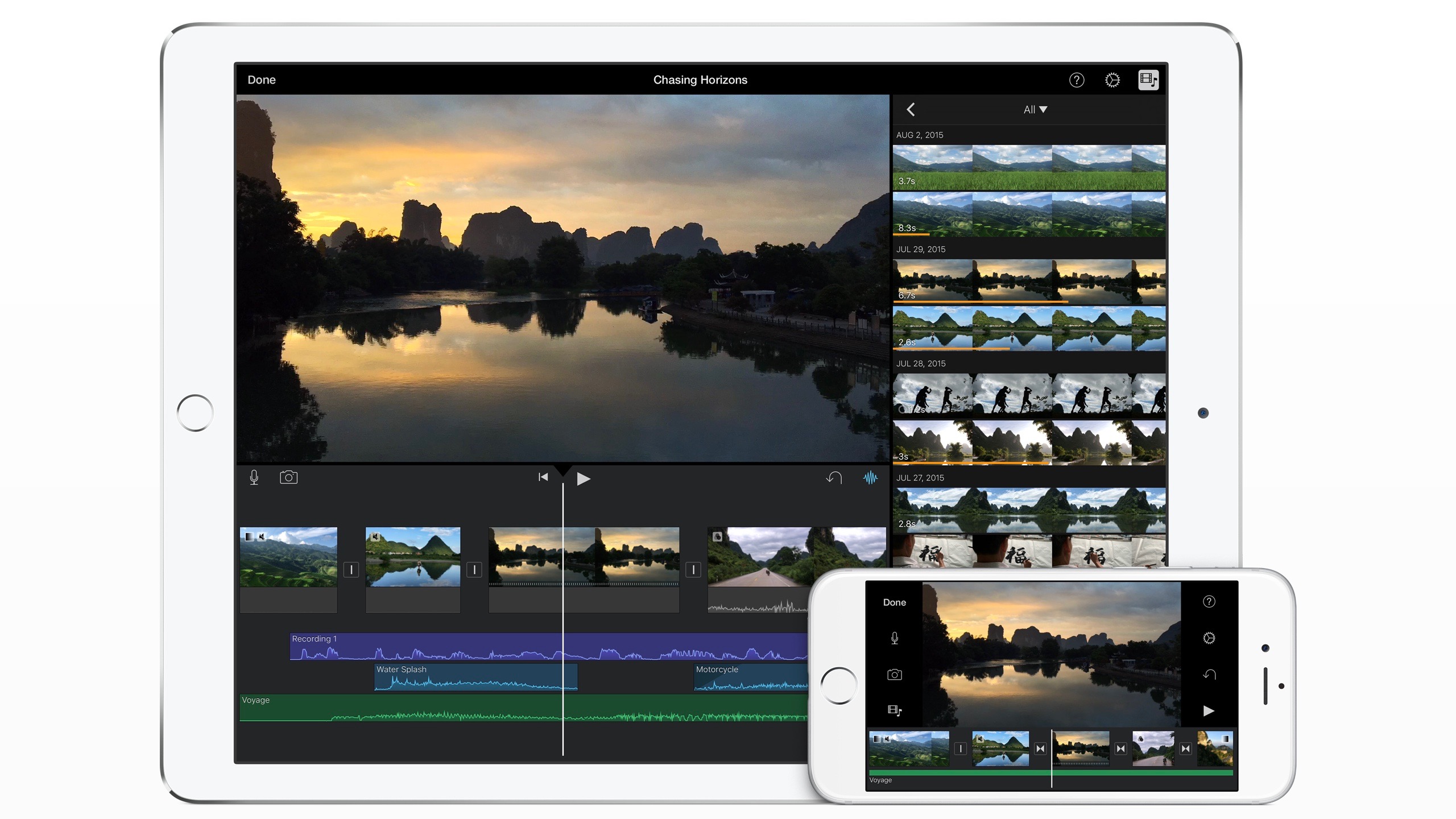 You’ll need a new 4K 21.5-inch iMac or 5K 27-inch iMac (or Mac with a 4K display) for pixel-for-pixel editing, but it’s good to see Apple supporting the still top-of-the-line 9.7-inch iPad with powerful editing features; iPad Pro doesn’t launch until November. Apple introduced 4K video shooting for the first time on its products with the iPhone 6s and iPhone 6s Plus.

iMovie for iOS is available on the App Store.