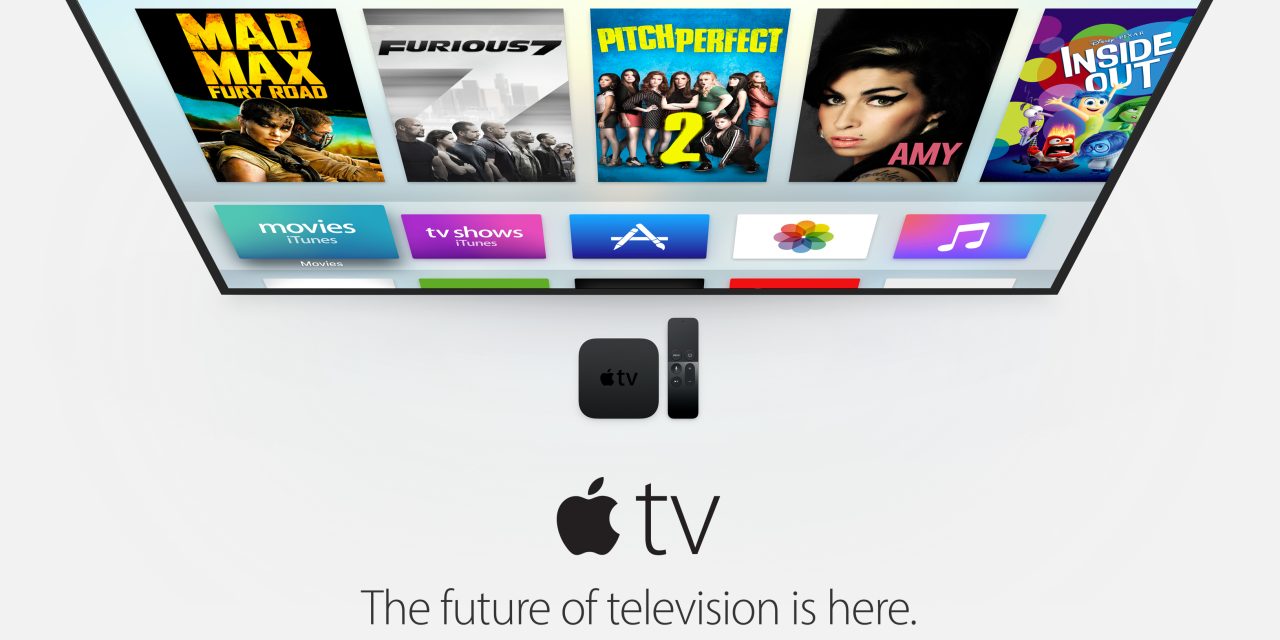 Update (1/11 2:00pm): With the release of tvOS 9.2, Apple has officially added support for Bluetooth Keyboards on Apple TV. You’ll find our top-picks below.

The new Apple TV is now available for pre-orders with the first units set to ship on Friday. Apple has introduced a number of features to its new streaming device, including an App Store, a fresh remote with Siri built-in, universal search and support for MFi gaming controllers. However, the fourth generation Apple TV is pretty light on included accessories. It doesn’t even come with an HDMI cable.

Head below for all the must-have controllers, add-ons and accessories to take full advantage of Apple’s latest release.

While text entry is expected to be easier with Siri built-in, sometimes a keyboard is just simpler. The fourth-generation Apple TV now supports the use of Bluetooth Keyboards. There are a number of options out there on the market, but here are some of our favorites:

The Apple TV has a new App Store with games and other titles that require more input than the usual directional pad. While Apple is pushing the SteelSeries Nimbus, cross compatibility is expected, but not yet confirmed, with existing controllers. There is only support for one Siri-connected remote at a time, so if you’re wanting to play multiplayer games, you’ll need another controller. To fully enjoy games like Manticore Rising, Shadowmatic, Guitar Hero Live and others we recommend the following options:

It’s pretty disappointing that Apple still isn’t including an HDMI cable with its Apple TV. One of the standout features of this new device is CEC support, which allows users to control their HDTV and other devices through a HDMI cable. Not all HDTVs support this, you’ll want to grab a HDMI 2.0 cable to be safe, which includes support for 4K, ethernet and an Audio Return Channel. Don’t be fooled by expensive cables, these options from Amazon will do.

We also recommend grabbing a HDMI switcher for your setup. Many HDTVs only offer three to four HDMI inputs. By adding a switch, you’ll have plenty of room for any other additions.

Thankfully Apple does include a Lightning Cable for recharging the included remote. The bad news? It’s not very long. No one wants to walk up to the TV while the remote is charging. Grab a cable with extra length to keep yourself locked on the couch.

Developers and those with early access to the latest Apple TV OS will want to grab a USB-C cable for diagnostics and programming. We recommend this six-foot cable, which is going to give you plenty of room to operate.

Another nice way to charge your Apple TV Remote is with the Twelve South Hi-Rise Lightning Cable Dock. It elevates your remote and provides a nice home with a elegant design. More information here in our review of the previous generation model.

If you’re still rocking a standard definition television, it’s time to upgrade. If you have a 720 or 1080p set from a few years back, there are likely some features you’re missing out on. Here are a few of our favorites, with CEC compatibility, to take full advantage of the new Apple TV. Below you’ll find some of our favorite options.