Apple today released the second iOS 9.2 beta for iPhone, iPad, and iPod touch to registered developers. iOS 9.2 beta 2 follows the initial iOS 9.2 beta release just one week ago. The update is available over-the-air through the Settings app for developers already testing the release. The prior release contained few changes including extension support on Safari View Controller. The release notes only highlight bug fixes and improvements. 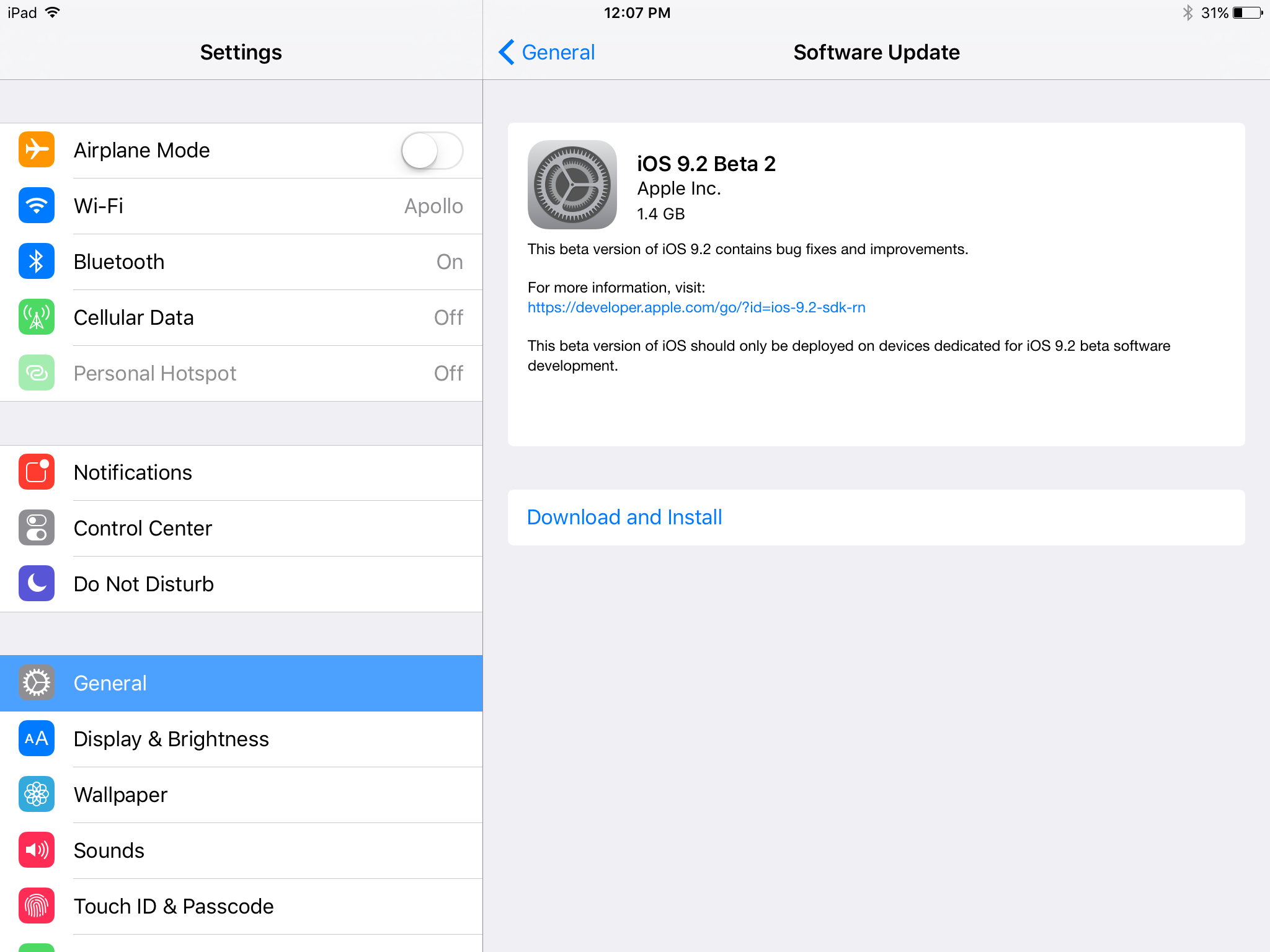 iOS 9.2 beta 2 continues to improve Safari View Controller, which lets you open web pages inside other apps using full-blown Safari. The second beta adds a swipe gesture for dismissing the window that was previously absent. Developers including Tapbots for Tweetbot previously had to create workarounds for this behavior.

The placement of the Done button has moved to reflect this (new left, old right).

Mac users also have a new beta available for testing today. The second OS X 10.11.2 beta is available for developers through the Mac App Store.

Over on the Mac, the latest El Capitan beta continues to focus on Graphics, Mail, Wi-Fi, Calendar, USB, Notes, Photos, and Spotlight.