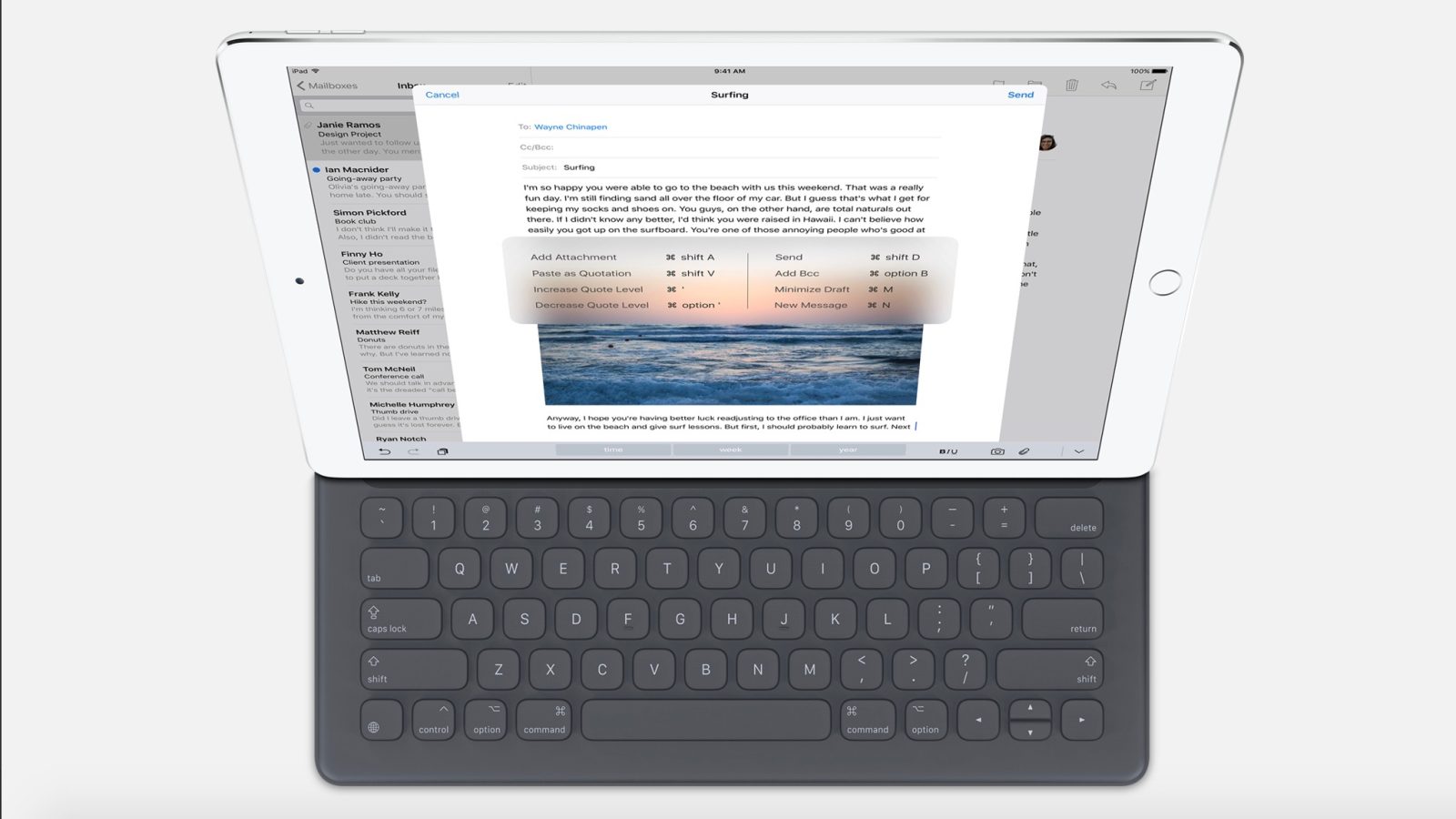 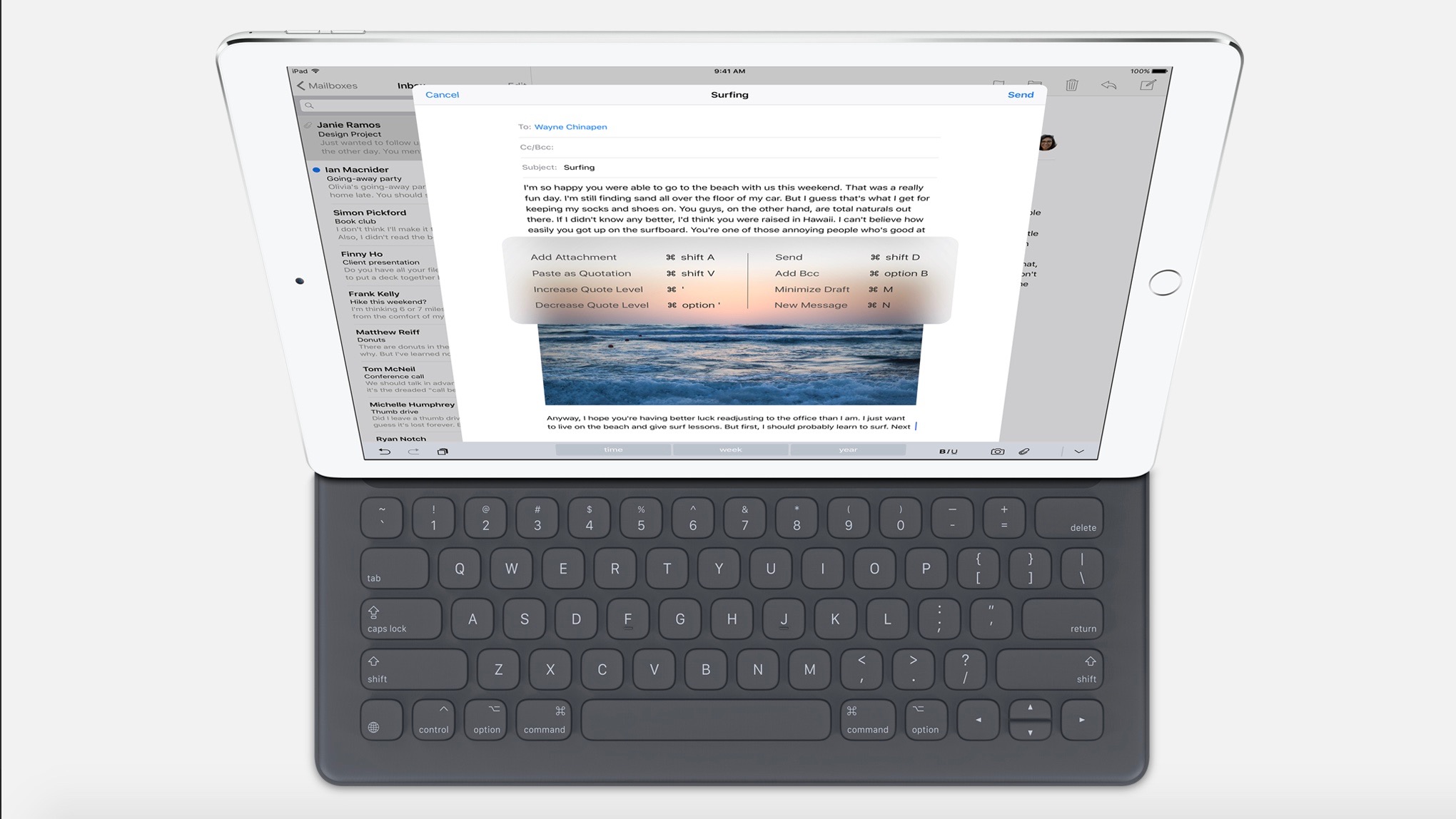 Update: If you order an iPad Pro right now, Apple is quoting Friday delivery. The Apple Pencil and Smart Keyboard accessories are already backordered at least 5-7 business days. Some customers are seeing same-day in-store pick up options for iPad Pro.

In September Apple unveiled the long awaited larger iPad Pro to the public, and today customers can finally start placing orders for the 12.9-inch tablet before models hit stores later this week. iPad Pro-only accessories including the Apple Pencil digital stylus and new Smart Keyboard cover are also available to purchase on Apple.com and through the Apple Store app. On Monday Apple announced that the iPad Pro and would be hitting Apple Stores, carriers, and authorized resellers “later this week.”

Apple offers two optional accessories for iPad Pro that are also available to order. Apple Pencil, which is Apple’s first digital stylus and requires iPad Pro, is available for $99. Smart Keyboard is a physical keyboard cover that connects using the iPad Pro’s new Smart Connector without requiring Bluetooth or batteries is goes for $169.

In addition to a 12.9-inch Retina display and support for Apple Pencil and Smart Keyboard, iPad Pro is also Apple’s first tablet with four built-in speakers, the new A9X chip, and the Smart Connector that can work with third-party accessories as well like Logitech’s own keyboard cover.