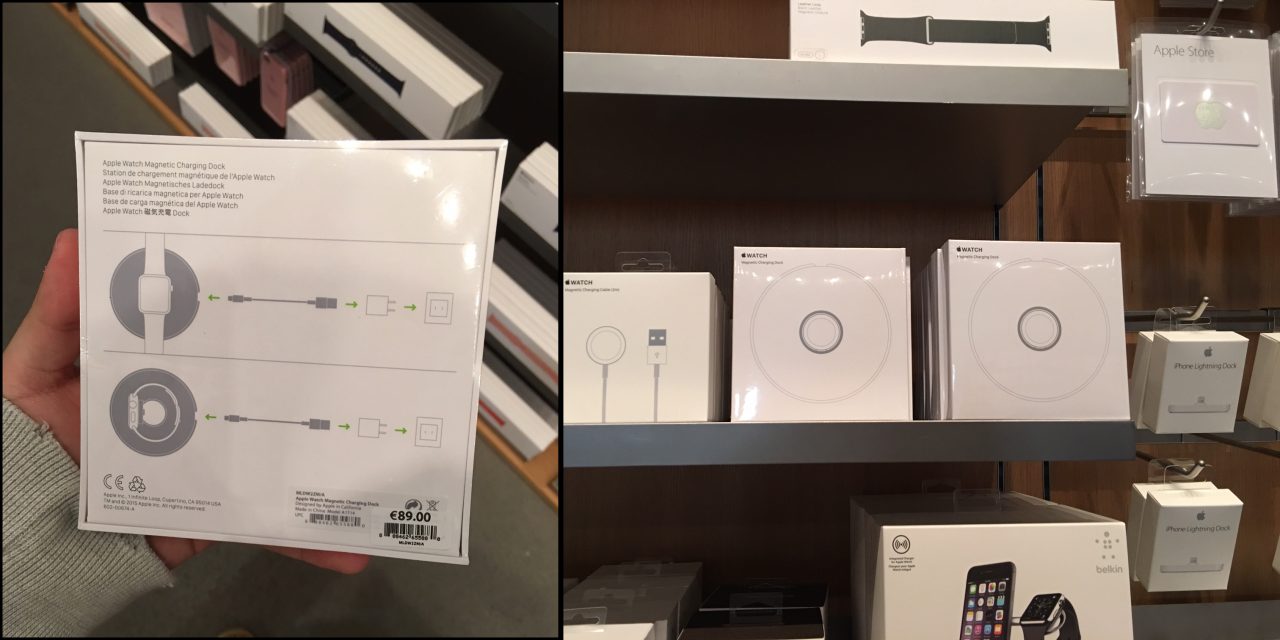 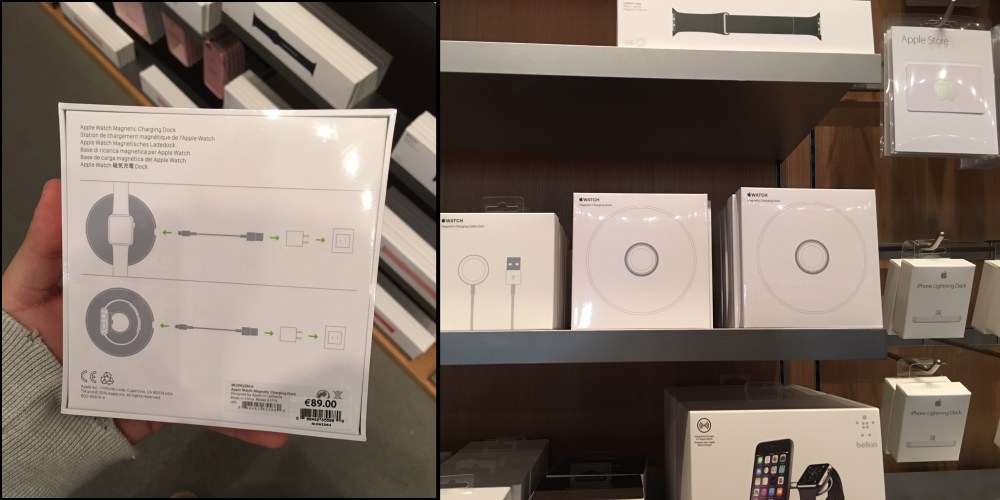 Apple’s new official dock for Apple Watch, the Apple Watch Magnetic Charging Dock, is now available to buy in Apple Stores and online. This particular image is from the Berlin store in Germany. In the US, the first-party Apple Watch dock costs $79. The Apple store website says the product will be available in US retail for in-store pickup starting this Friday, the 20th November.

As indicated by the leaked photos from last night, the dock allows the watch to either lay flat or sit upright in Nightstand mode thanks to the magnetic attachment. The charger itself is integrated into the unit, so you will still have the charger that comes bundled with the Apple Watch available as a spare if you buy the dock. The dock also comes with a 2 metre Lightning cable, longer than typical Lightning cables Apple provides.

In the Berlin Apple Store, and assumedly the rest of Europe, it costs 89 euros. This is Apple’s first official dock for Apple Watch, not counting the Apple Watch Edition box that doubles as a charging stand. Until today, Apple has been exclusively selling the Elevation Lab NightStand Apple Watch dock at retail. Its own first-party dock will now take center stage in Apple Stores as the primary recommendation for an Apple Watch stand.