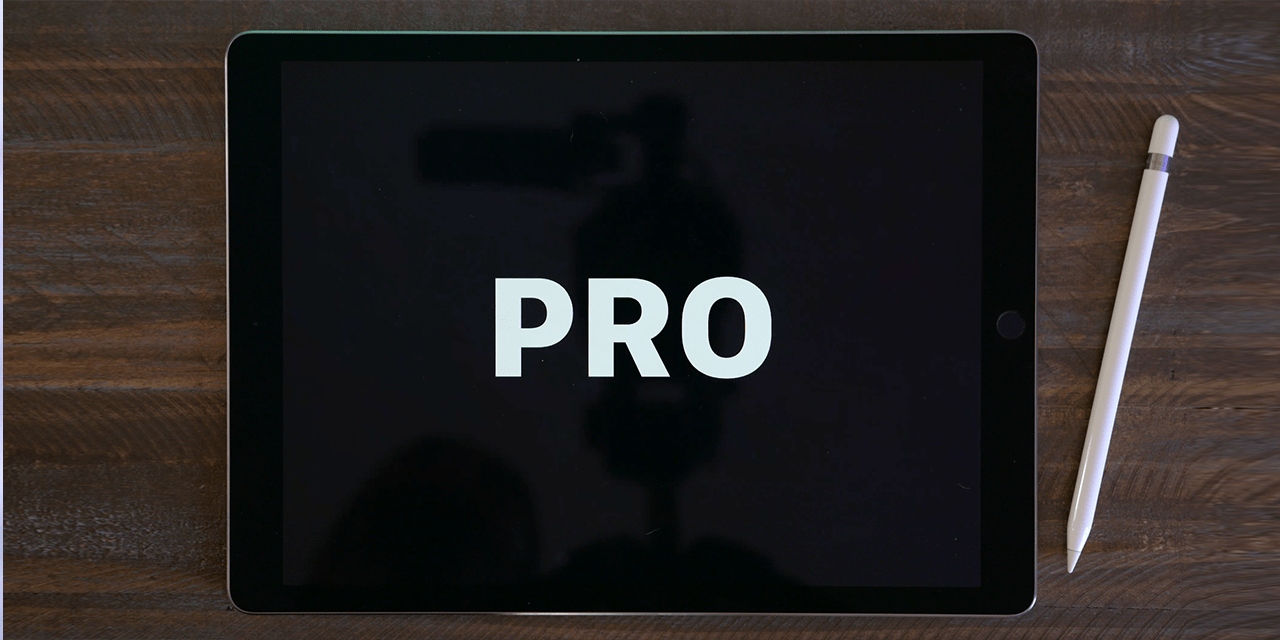 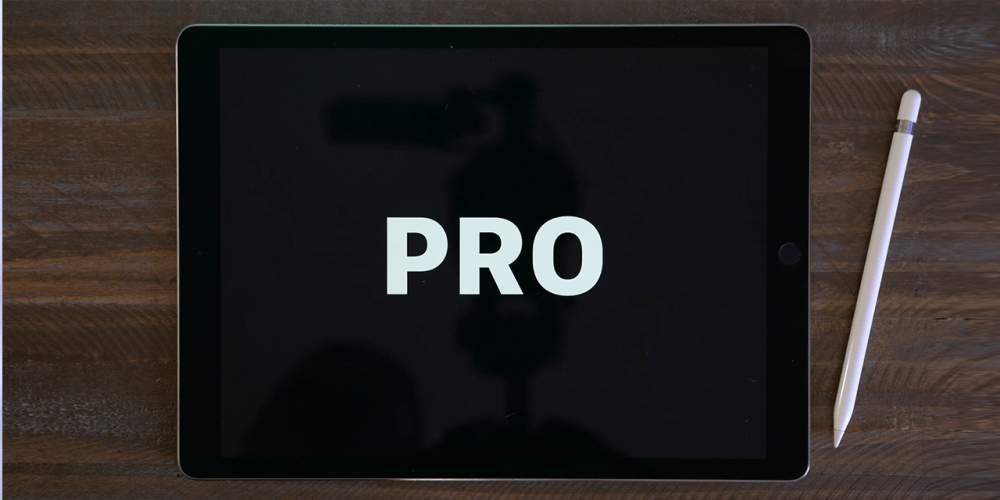 Meet Apple’s largest Netflix display ever: iPad Pro. I’ve been using it for a little while now and have gathered some thoughts regarding its functionality, uses, and even the accessories like Apple Pencil and the new Smart Keyboard. Is it all worth the hype? Let’s go ahead and find out…

I detailed the iPad Pro in our unboxing video recently, so we’re not getting too in-depth with specifications. First off, this is an iPad. The word “pro” may be in its name, but that’s nothing more than a marketing gimmick. It’s a bigger iPad Air with a few changes that will cost you…

Check out our iPad Pro, Apple Pencil, and Smart Keyboard review video below:

The display measures 12.9-inches diagonally and it’s seriously massive. Like shockingly large. But by itself, it’s no more of an iPad than any other model. Make no mistake though, it’s a fast iPad and the 4GB of RAM and A9X processor packed in really helps out in that department. It also features a total of four speakers, with two on each end. They sound pretty nice as well, which is huge for anyone looking for a solid media experience. There’s also an 8-megapixel camera on the backside (but ain’t nobody got time for that) and a 1.2-megapixel camera around the front for video calls. Of course it’s running iOS 9 and with that you’re getting all of the multi-tasking power available like running two apps at once, but because of the large display and resolution of 2732 x 2048, you aren’t compromising app real estate as the iPad Pro can run two full-size apps in portrait mode side-by-side, which is nice. So there’s a nice advantage to the screen size here, but then again you could easily do this on a MacBook. What really makes the iPad Pro stand out are its accessories.

There’s the Smart Keyboard and Apple Pencil. Apple’s Smart Keyboard is a pretty nifty invention which conveniently fits a keyboard within the boundaries of a traditional Smart Cover, but scaled to fit the iPad Pro, with some added thickness of course. It connects to the iPad Pro through the Smart Connector located on the side and easily folds out to reveal the keyboard, while using the remainder of the cover to prop it up as a stand. As far as the typing experience goes, it’s not the greatest. I feel like this keyboard has even less travel than Apple’s 12-inch MacBook and the material on the top feels weird. Along with that, coming in at $169, it’s pretty pricey. Logitech has a keyboard case for iPad Pro as well, but it’s much nicer as it features a back-lit keyboard, special function keys and controls, along with traditional chicklet style keys. It’s pretty bulky though and turns that “I’m using an iPad” vibe into “I might as well have brought along my MacBook.” But it is $20 cheaper than Apple’s solution and offers much more. The good news is that neither of these keyboards are battery-powered. So no charging required. All power is provided by the iPad’s Smart Connector.

Moving along, next we have the Apple Pencil. Now let’s be clear, I’m far from an artist so this accessory may not be for me. That being said, it is pretty cool, has a nice weight to it (much like one of those fancy pens), and a glossy finish with a hard plastic/rubber tip on the end that can be replaced when it wears over time (it also comes with a single replacement tip). It pairs up with the iPad Pro through the Lightning port, which is also how you awkwardly charge it. Yep… accident waiting to happen. Also, to reveal that Lightning connector, you’ll be removing the small cap at the top of it, which is secured with a magnet but I won’t be surprised if you see a lot of cap-less Apple Pencils in the wild over the next year. 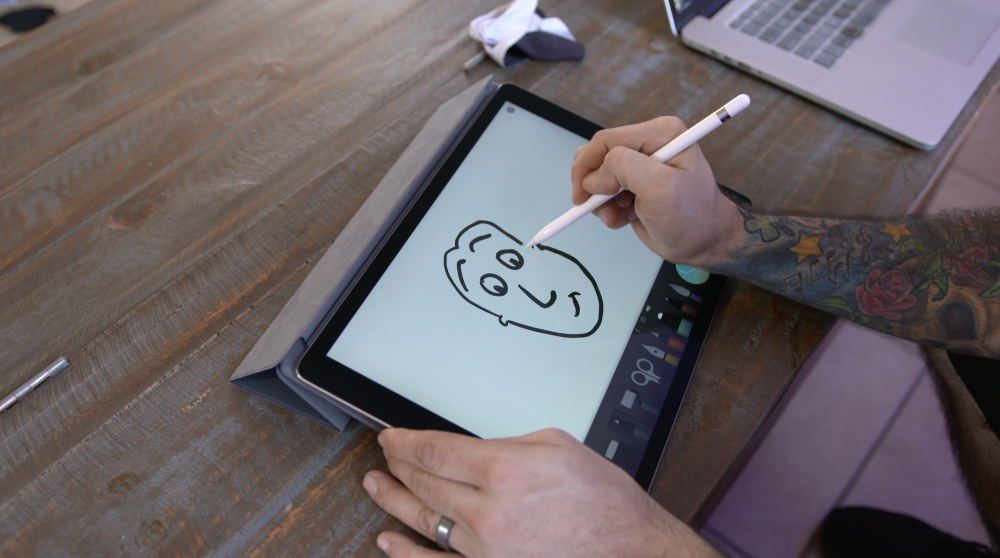 There’s basically zero latency when using it to draw though and depending on the angle it’s used at will change the stroke from the brush or tool you’re using in a compatible app. The charging method is absolutely stupid, but at least the $99 you spend on it will get you an adapter that allows charging with a standard Lightning cable. And according to Apple, the Pencil will last you up to 12 hours on its battery and with just a quick 15 second will get you 30 minutes of use. Again, I may not be the best person to review the Apple Pencil, but I figured I’d give my opinion about it briefly. See also our full review and stylus comparisons.

Overall, the iPad Pro is great at a few things, but everything “Pro-level” is much better on a MacBook. Media consumption is fantastic with the large display, quad-speaker setup, and fantastic battery life, which has easily made it to the 10-hour range with my use. The Apple Pencil is nice if you’re the type of person that can really take advantage of its feature set, and the Smart Keyboard is nice for keeping that slim iPad feeling, but not super practical from a pricing standpoint especially when you consider that with the purchase of an iPad Pro and Smart Keyboard, you’re pushing MacBook pricing territory. It’s a tough sell for sure, but if you have money burning a hole in your pocket, it’s a fun gadget to have around. Otherwise, just buy a MacBook Air or a 12-inch MacBook. It’s still an iPad at the end of the day and definitely not one for pros, unless you’re a pro artist who will pay extra for an Apple Pencil. Otherwise, it’s just a giant expensive iPad.