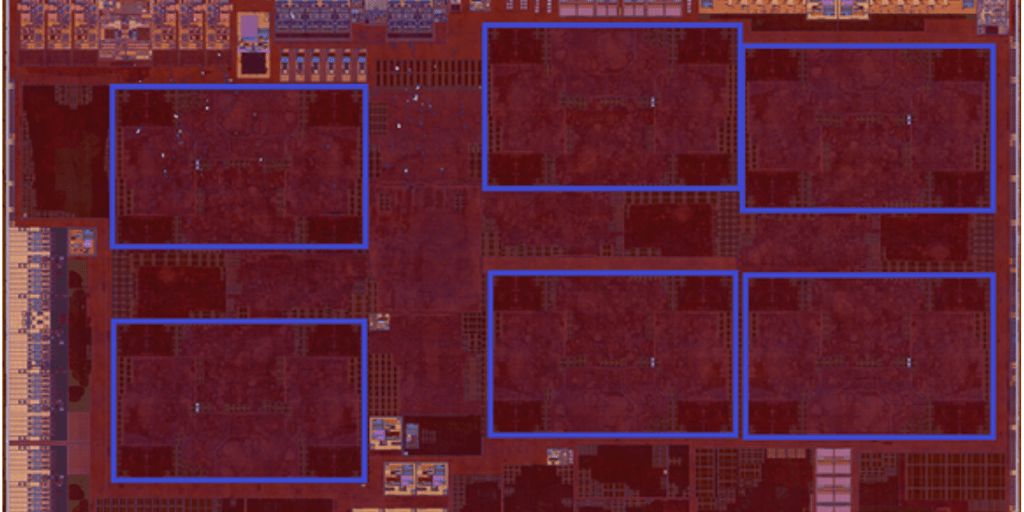 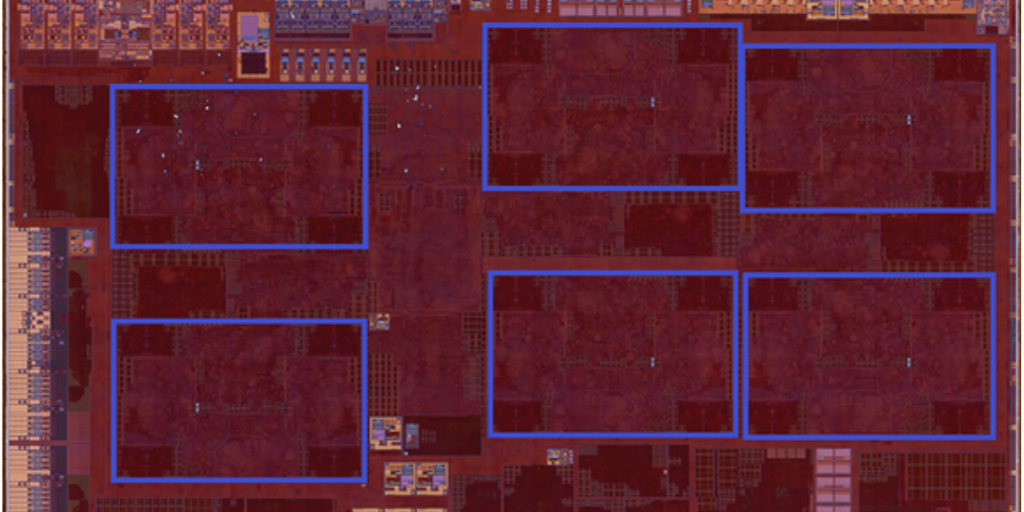 Chipworks has provided our first look inside the A9X chip that powers the iPad Pro, thanks to a die shot obtained by Motley Fool.

One of the fascinating things about the incredibly small processes used for today’s chips is that even a die shot doesn’t provide a definitive answer to what is found inside one. There’s still a certain amount of interpretation involved, though both Chipworks and Motley Fool‘s chip specialist Ashraf Eassa agree on what we are looking at in the full image (below) …

Chipworks’ Dick James tells me that he sees a 12-cluster GPU, two CPU cores, and an absence of the level-three cache memory found inside the A9 chip […]

I agree with his assessment. The two CPU cores can be seen in the green box, and I believe that inside of each blue box are two GPU clusters, for a total of 12 clusters.

Eassa says that the memory interface is twice as wide as the one on the A9, explaining the absence of the cache – the chip can read & write data to RAM twice as fast, so doesn’t need it. The far larger size of the iPad Pro, enabling it to much more easily dissipate heat, is the likely reason Apple was able to take this approach.

The GPU design appears to be a custom one specifically for this chip. Apple’s GPU supplier, Imagination Technologies, doesn’t offer the 12-cluster design seen here. Eassa says the entire chip is an extremely impressive piece of engineering.

I believe that the A9X is easily the most advanced mobile system-on-a-chip available today. It has best-in-class CPU/graphics performance and it is an extremely large chip built on a bleeding-edge foundry manufacturing process.

It is little wonder that the chip performs as well as it does in the various performance tests available online.

The green area indicates the two CPU cores, while the blue areas represent the 12-cluster GPU (two in each box). 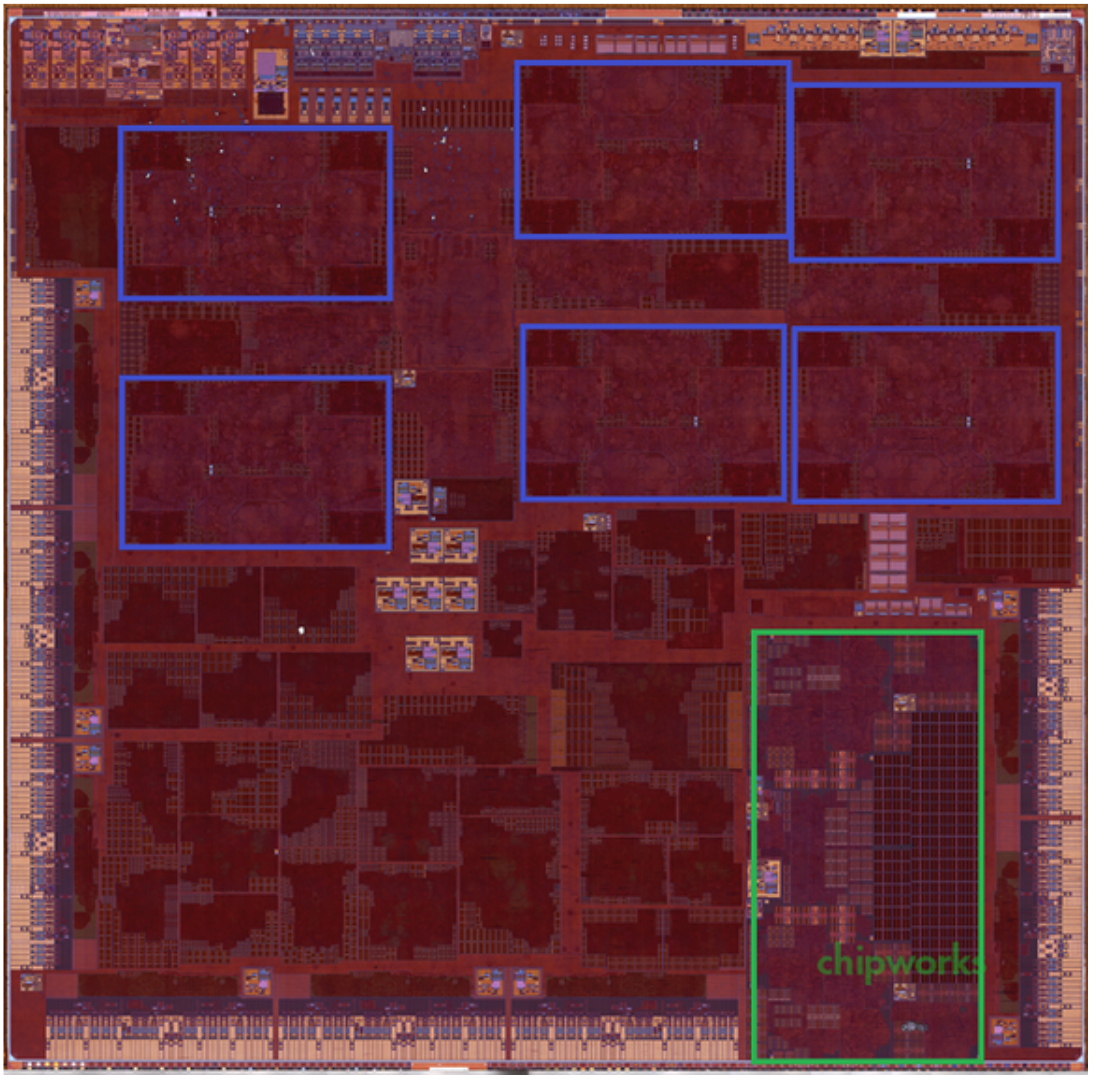