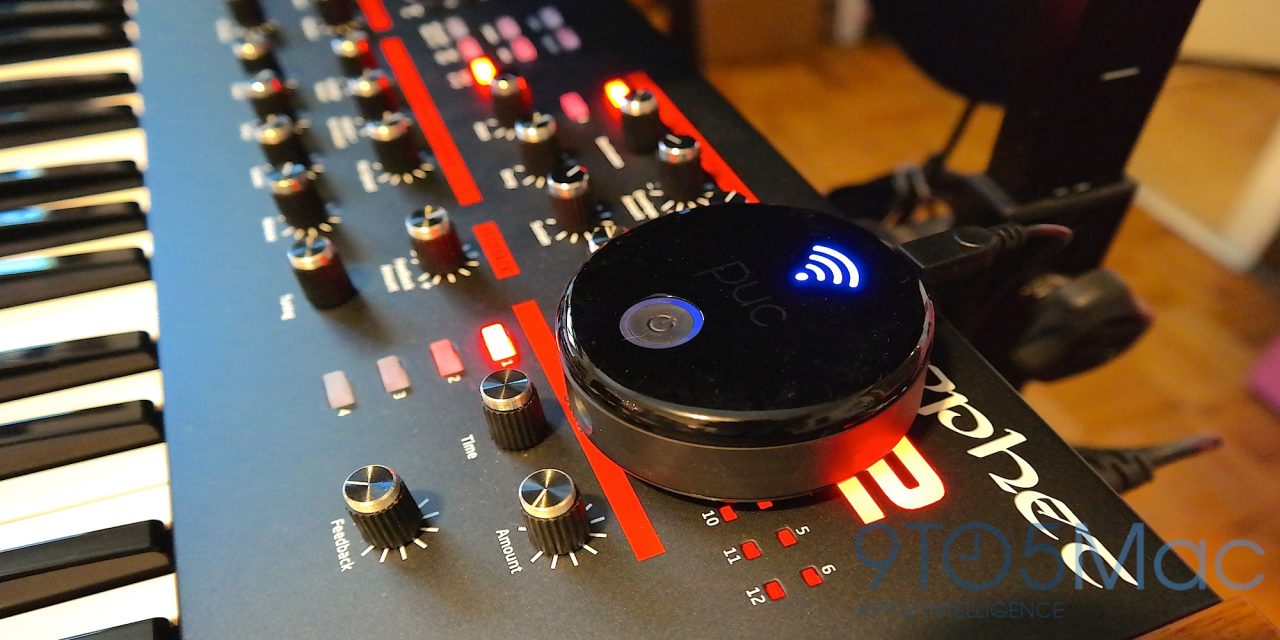 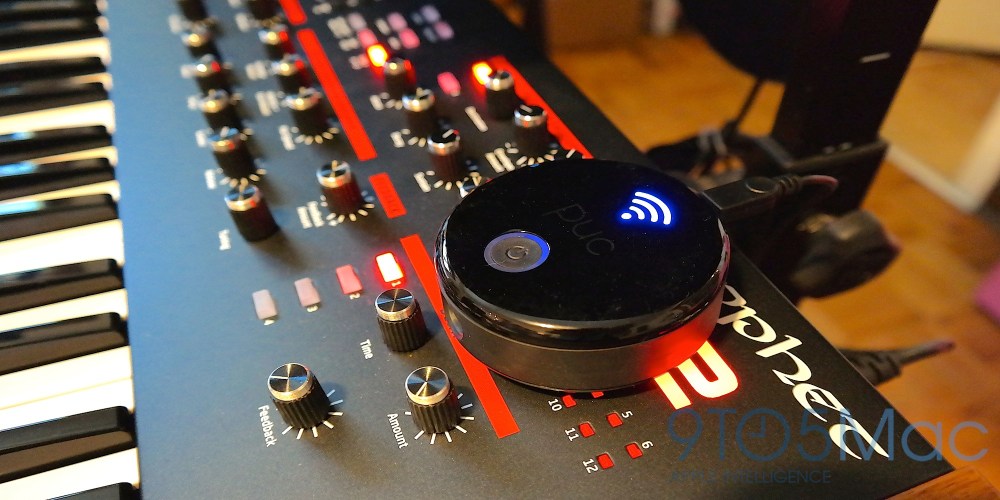 This week’s episode of The Logic Pros is the Holiday Gift Guide Edition. We will be looking at some of our favorite recording gear for Logic Pro X on the Mac and all your favorite iOS synth and sequencer apps. While some of the favorites remain, you’ll find some new and interesting gadgets in each of the main categories from mini MIDI controllers and repurposed U.S. coin picks to pocket synthesizers, Lightning mics, wireless interfaces and more:

We had a ton of fun testing out the new palm-sized puc+, a super easy and inexpensive interface that lets you connect MIDI controllers wirelessly over Bluetooth to your Mac for Logic (or to an iOS device). It’s available for $90 shipped right now via Amazon using the on-page coupon. 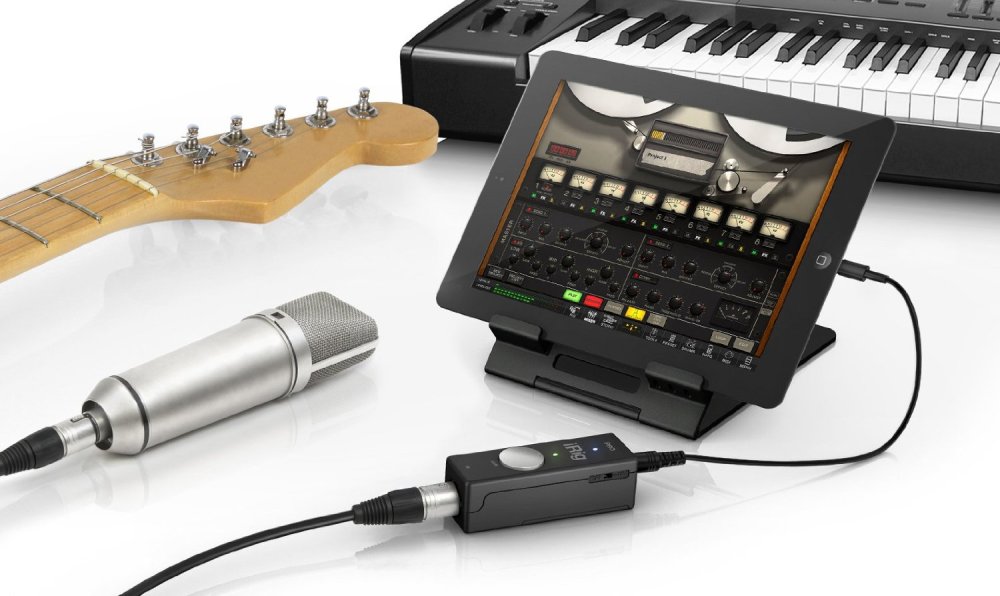 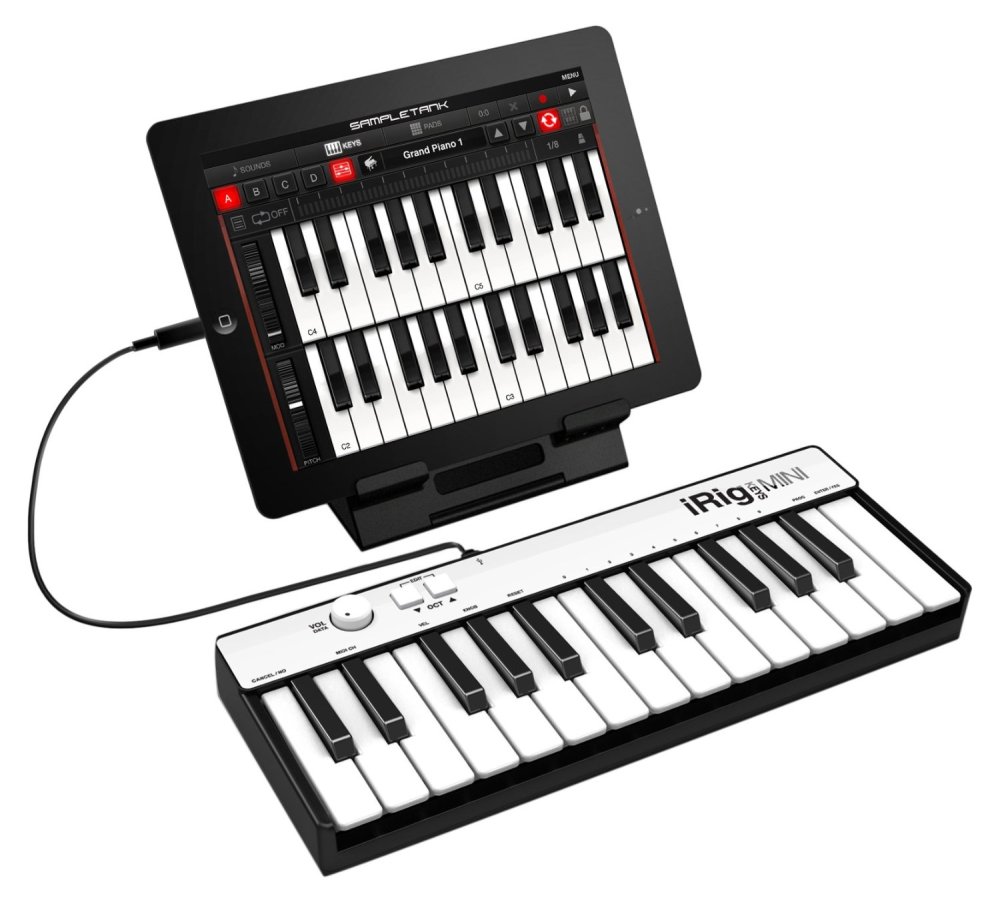 Well, you know how much we love Akai’s best selling line of MPK MIDI keyboards, but we though we would gear this year’s pick towards a more versatile setup that works both on Mac and iOS, as well in the home studio and on the road. IK Multimedia has become known for its highly rated and affordable production gear for beginners and more experienced producers alike, so this year we will be highlighting the iRig Keys MINI portable 25-key MIDI controller for iPhone, iPad, iPod touch and Mac. This little, bus-powered keyboard packs in a lot of value for $79.99. Not only does it works with Logic Pro X and all your iOS apps, it includes Lightning, USB and MicroUSB cables to get you going right out of the box. It also comes with a host of iOS instrument apps, as well as some software and sample packs for Mac. 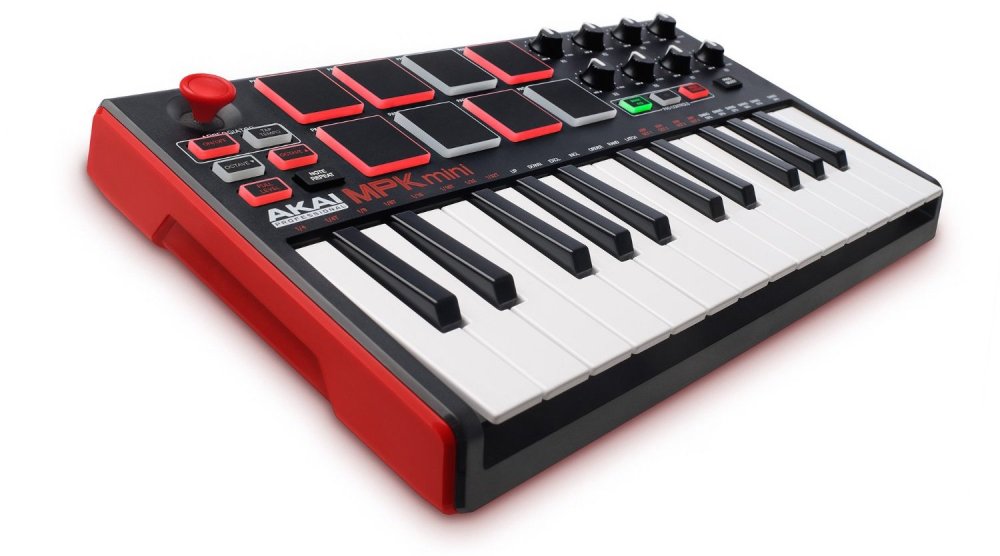 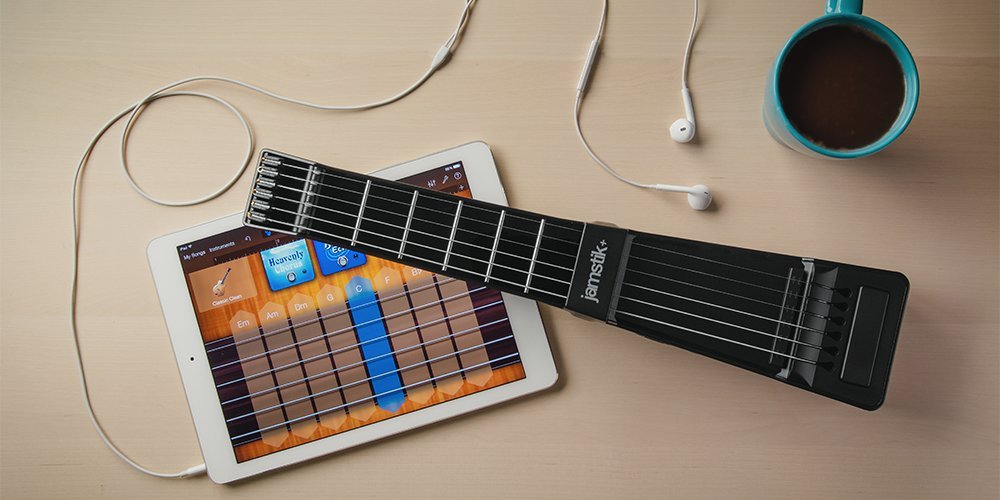 You may remember us reviewing the original jamstik guitar controller for iOS and Mac, but since that time the folks over at Zivix have released an updated model and a series of notable upgrades. Along with its genuine fretboard and real strings, jamstik+ allows guitar players to control instruments just like MIDI keyboards do on Logic Pro X and other DAWs, along with the plethora of interesting iOS synth and recording apps out there. This time around we are getting updated wireless connectivity, beta hammer-on tech, an interesting tap mode for soloing and more. 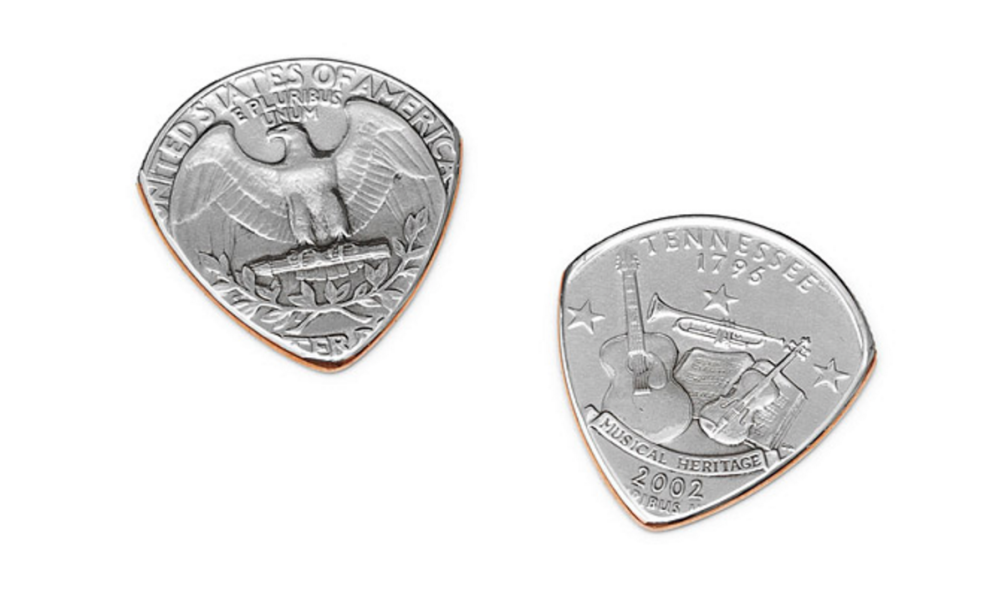 Headphones are always a tough suggestion to make with so many solid options out there from companies like Sennheiser, Beyerdynamic, Sony, Audio-Technica and AKG. The Sony MDR-series and the AKG K-series options are always a good pick, but this year we are going with ATs and Beyers. The Audio-Technica ATH-M50x headphones are among the best selling and most popular out there. Not only will they work great for tracking and mixing, but they are much less bulky than some of the comparable options in the price and quality range. In our opinion, they also provide a nice balance between flat recording/mixing reference cans and a slightly more excitable, and “fun” consumer level sound.

On the opposite side of the spectrum, the bulky and rugged Beyerdynamic DT 770 PROs may not be as fashionable, but they sound fantastic and can be worn for hours on end. Don’t be fooled by the slightly lower price tag compared to the M50x, these are my personal favorite option in the price range and feel much more durable/expensive than the listing value. 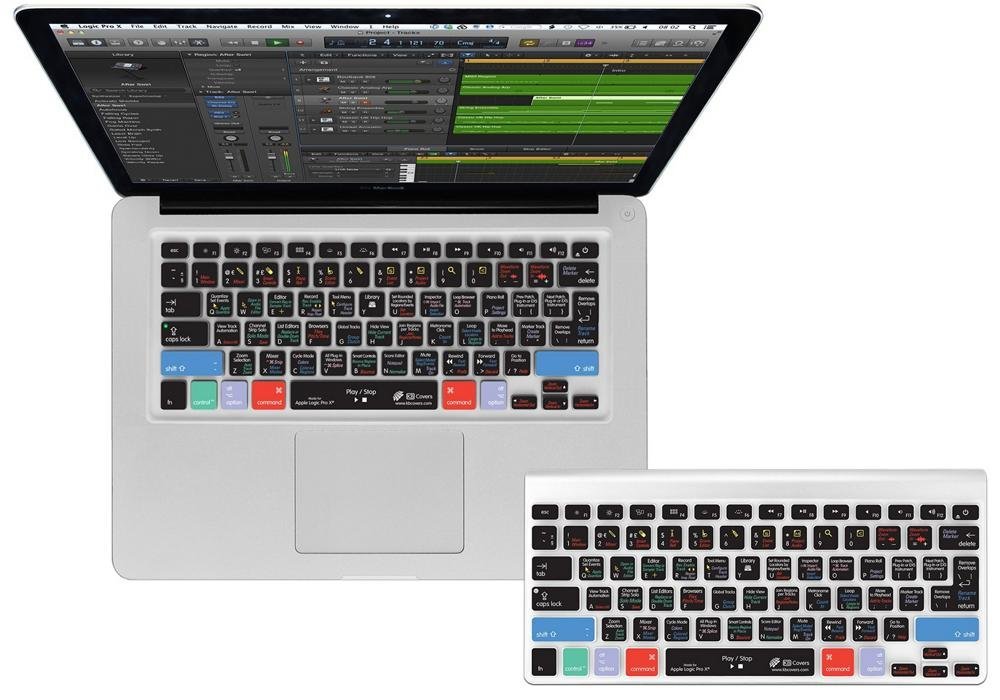 One of the best ways to familiarize yourself with the massive list of keyboard shortcuts in Logic is to get a keyboard with shortcut decals. We reviewed products from EditorsKeys that use real Apple keyboards with pre-applied, high-quality decals. The company also has wired versions for $149 and DIY keyboard covers for your existing Apple keyboards. However, there are also a few other cheaper keyboard cover options for your MacBook or desktop keyboard starting at around $30 Prime shipped.

An inexpensive way to keep your keys looking fresh and clean, these On Stage dust covers range from $8 to $16. A must have to go with your MIDI keyboard, synths, or other gear, especially if some of it goes out of rotation from time-to-time. 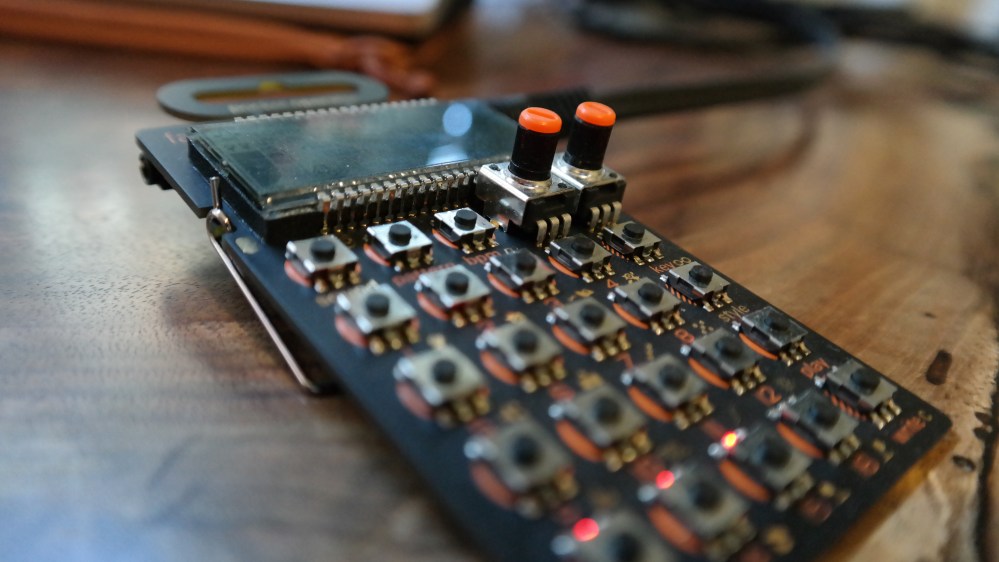