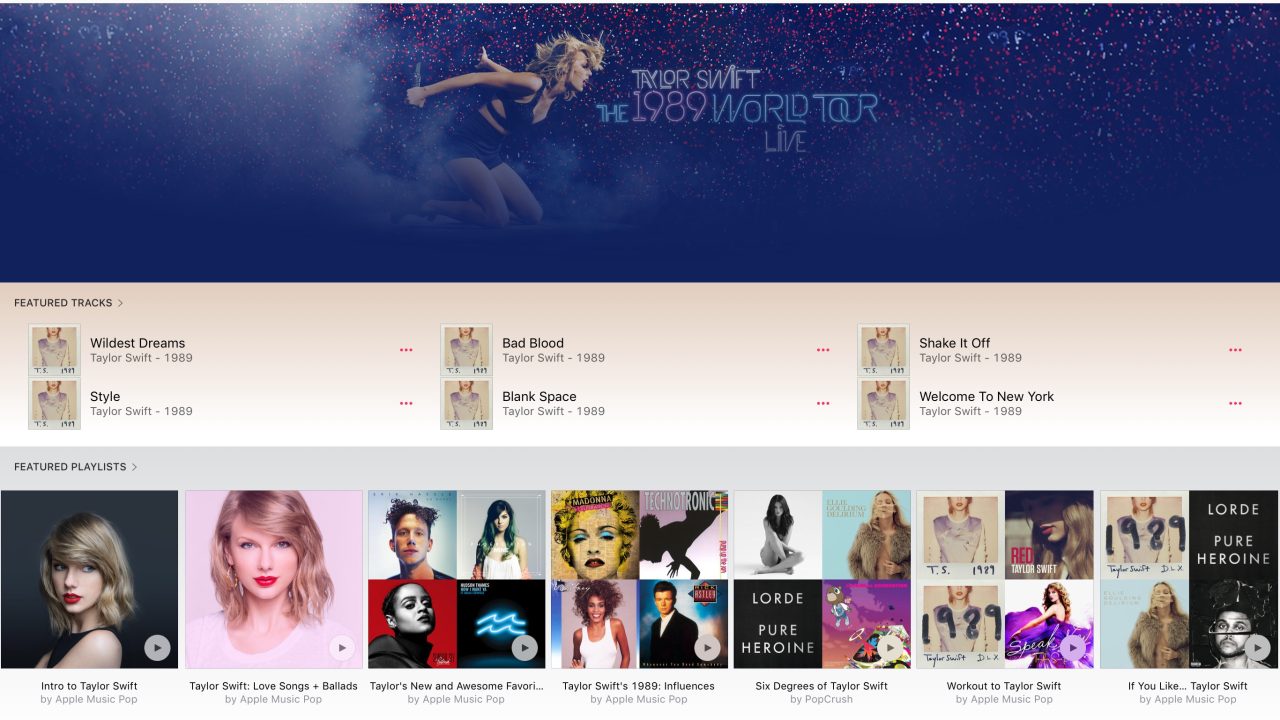 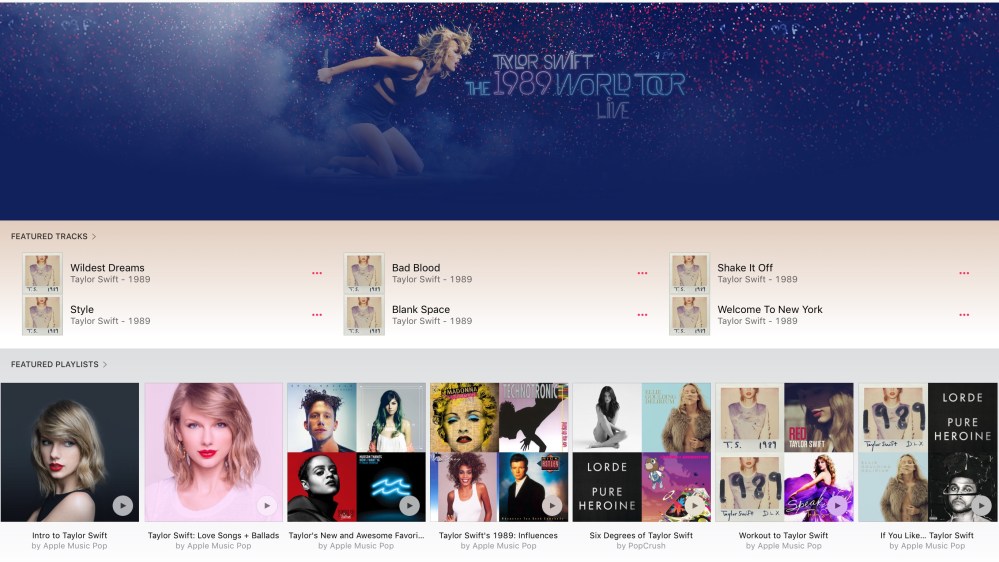 As expected, Taylor Swift’s 1989 World Tour documentary is now available exclusively on Apple Music. Apple and Swift announced the partnership last weekend, marking a continuation of the growing relationship the two parties have developed since the launch of Apple Music this summer.

The 1989 World Tour film was filmed primarily in front of 76,000 fans during her stop at ANZ Stadium in Sydney on Nov. 28. The film features the entire performance of Swift’s show that night, as well as a variety of other footage. There are backstage clips from the entire tour, clips of rehearsals with the plethora of artists Swift brought out during the tour, and interviews with Swift and other members of her entourage.

Furthermore, Swift has completely taken over the “New” tab in Apple Music. As you can see in the image above, the New tab shows nothing besides the pop star’s music and videos in celebration of the documentary’s release. Apple has done this a few times in the past, most recently with the release of Coldplay’s new album, but never to this extent.

Taylor Swift and Apple have had a blossoming relationship since the introduction of Apple Music. It all began when Apple announced wouldn’t pay artists for the 3 month free trial period, which prompted Swift to write an open letter to Apple asking the company to respect artists. Apple executive Eddie Cue then responded with a tweet announcing that Apple would change its policy, leading Swift to release 1989 exclusively on Apple Music.