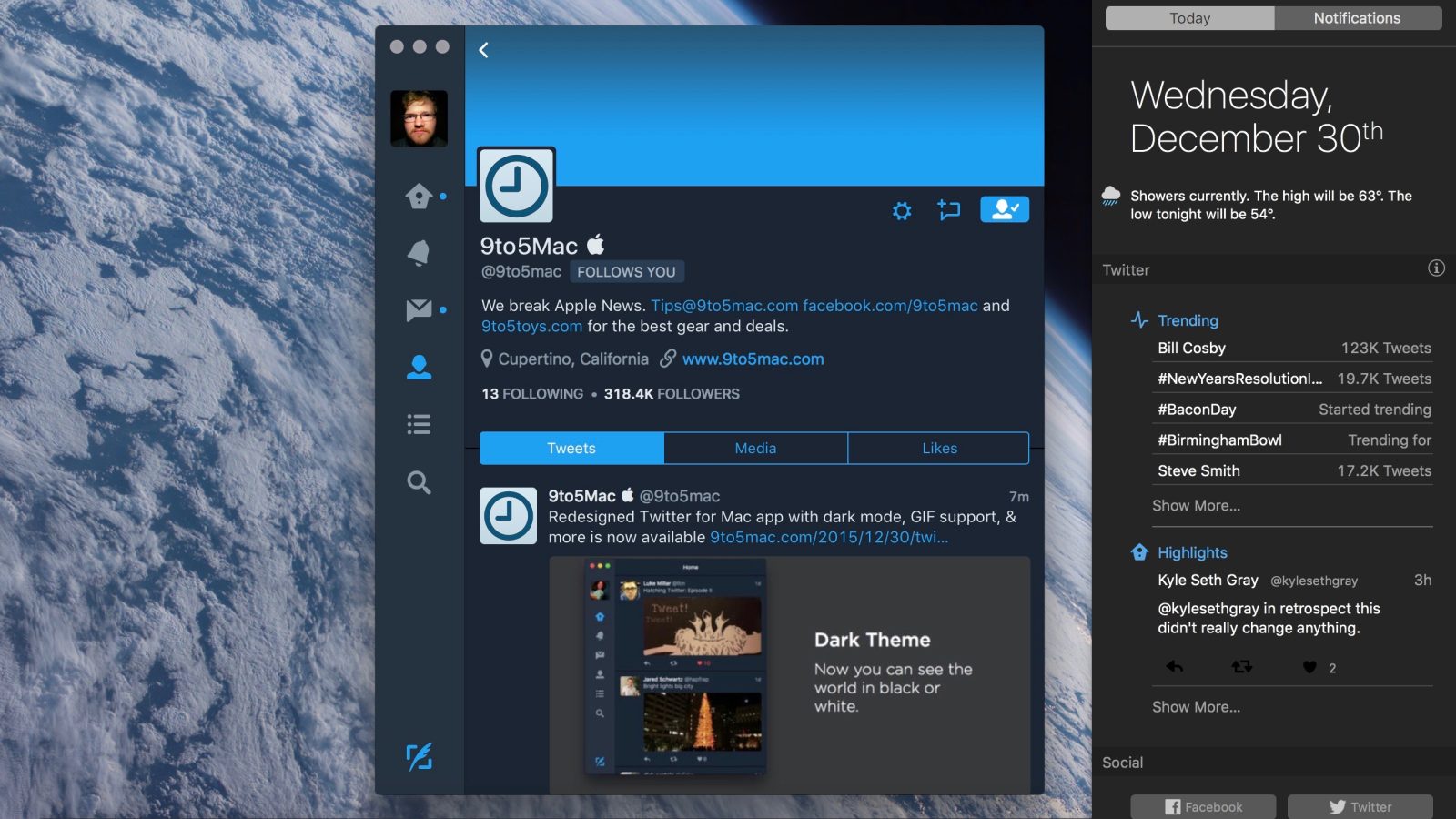 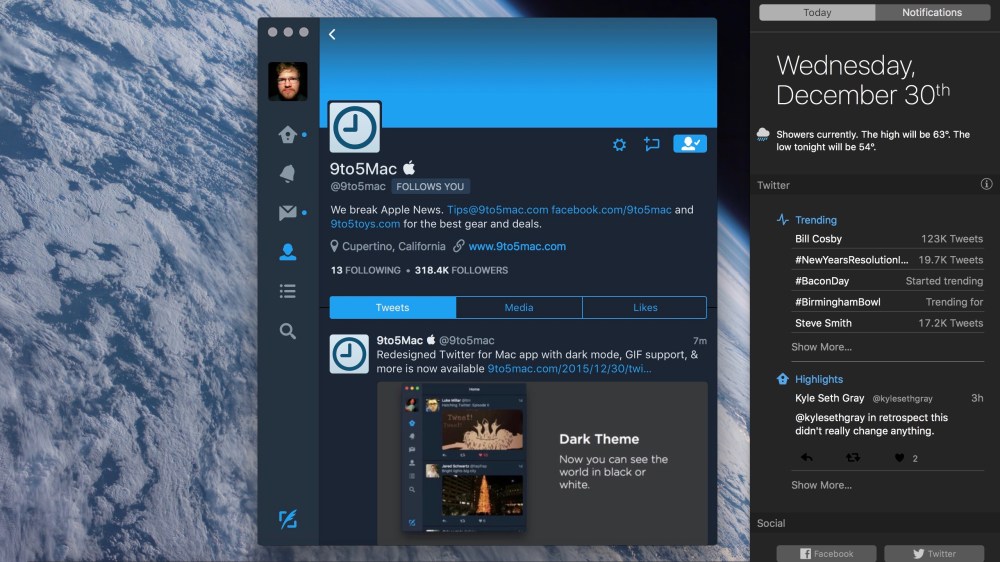 Earlier this year, Twitter promised a brand new Mac app with a fresh new look and a whole lot more. Today that new version is out now with a huge list of new features including a dark mode and GIF support. Twitter 4 also features a new round icon (that’s how you’ll know it’s the new version).

The new version fits in much better with OS X Yosemite/El Capitan and includes a Notification Center widget in the Today view. It also includes many features that were previously only available on the mobile apps and third-party clients. Here’s everything that’s new:

Don’t call it a comeback!

Twitter for Mac is getting the update you’ve been asking for. Now it looks and feels more like the Twitter you carry with you everyday. We’ve built in some of the most-requested features so your Twitter for Mac experience combines what you love about Twitter with the elegance you expect on a Mac. Here’s what we’ve added:

• Inline video playback – You’ll see videos play directly in your feed. • GIFs support – See animations without leaving your timeline. • Group Direct Messages – Create and receive private notes with up to 50 people. • Mute – Silence specific accounts so you no longer see them in your feed. • Today Center Widget – Get your Twitter Highlights right on your desktop. • Dark Theme – Now you can see the world in black or white. • Updated design – Get the latest improvements to icons, buttons, and interactions. • Quote Tweet – Add your two cents to any Retweet.

If you have any suggestions or feedback you can email it to us at mac-feedback@twitter.com

The update still lacks some features like full-screen mode or Split View support as well as presenting Twitter polls, but it’s a step in the right direction for what previously felt like an abandoned Mac app. You may recall Twitter for Mac previously took an uncomfortably long time updating to Retina displays, then remained stagnant for quite some time afterwards.

Grab the new Twitter for Mac for free on the Mac App Store.