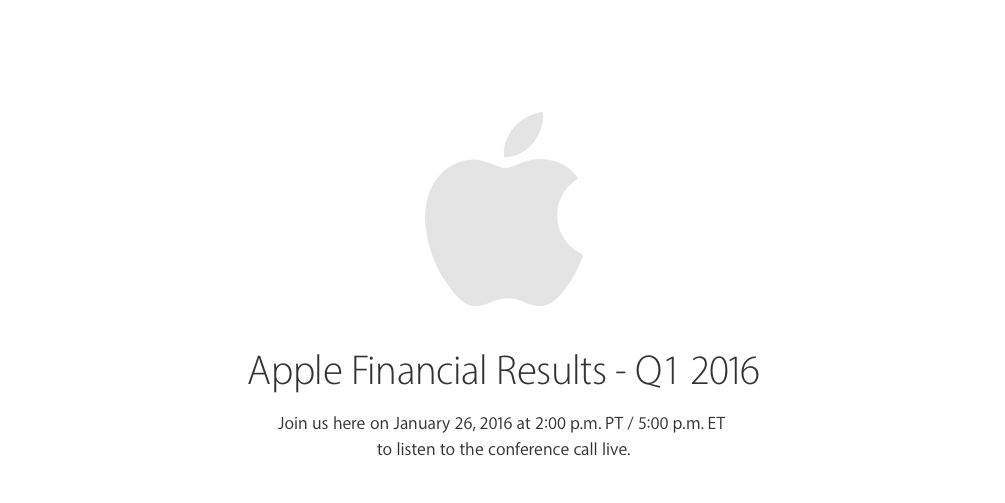 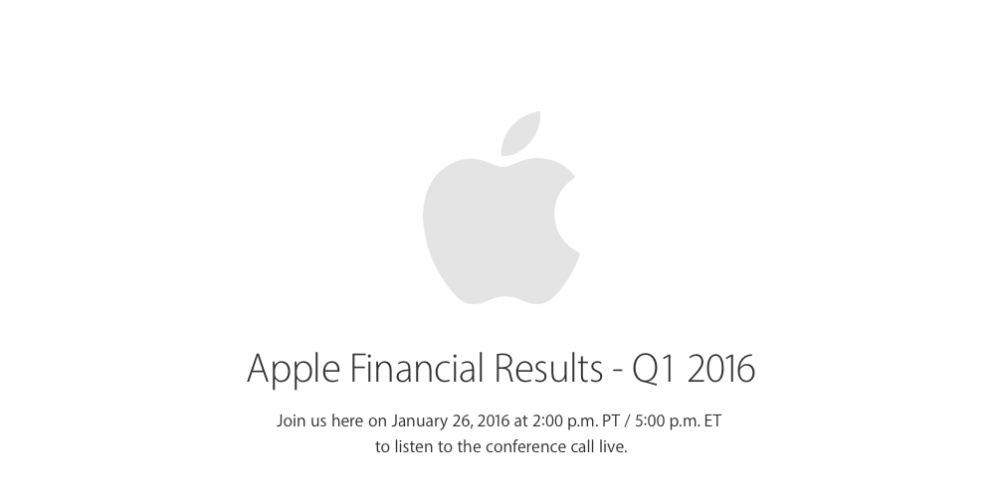 Apple has announced this evening that its fiscal first quarter earnings call will take place on Tuesday, January 26th at the usual time 2PM PT/5PM ET, with the earnings release dropping roughly thirty minutes before that. The call will report earnings for the three-month period ending this month.

Given that these results will cover the holiday shopping season, we should expect strong numbers from Apple. This is also the first full quarter during which the iPhone 6s and iPhone 6s Plus have been available, as well as the iPad Pro.

Last quarter, Apple reported profits of $11.1 billion off of $51.5 billion in revenues. The company sold roughly 48 million iPhones, 9.9 million iPads, and 5.7 million Macs, as well. For its first fiscal quarter of 2016, Apple is expecting revenues between $75.5 billion and $77.5 billion.

The live broadcast of the call will be available here on Apple’s website and of course we will have live coverage, as well. The call will feature questions from the press and investors for Apple executives.