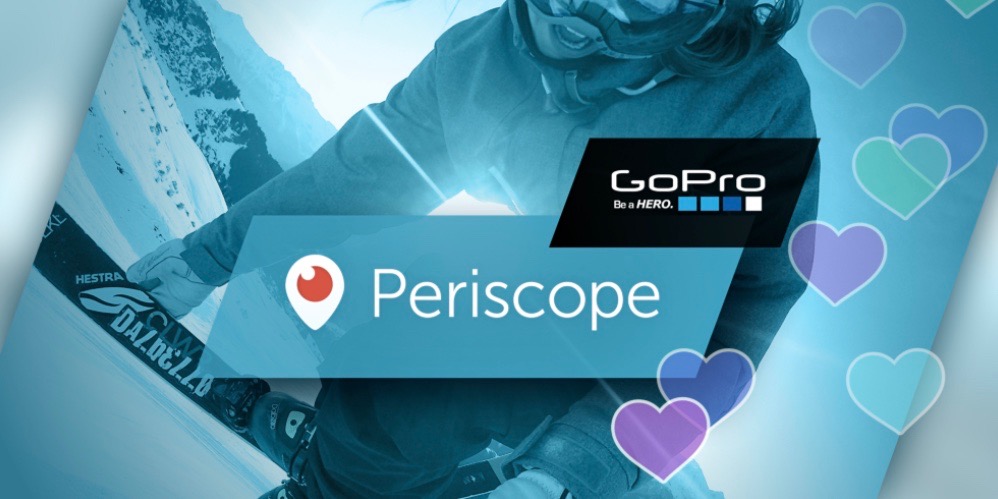 Periscope says the update works specifically with the GoPro HERO4 Silver and Black 4K  series. The iPhone connects to the action camera’s Wi-Fi to grab the feed, then Periscope handles the live broadcasting to the rest of the world.

Broadcast LIVE from your GoPro! If your iPhone is connected to your GoPro Hero 4’s WiFi, simply open Periscope and start broadcasting. During your broadcast, double tap to switch back to your iPhone. It’s that simple to change cameras, giving you the flexibility to make your broadcasts even better.

This version also fixes an issue where some profile images would not load.

GoPro’s allow you to film in environments where iPhones otherwise couldn’t safely travel like underwater and during rough and tumble, fast-paced activities.

So long as your iPhone is nearby, tucked away securely, this new Periscope and GoPro integration should be a major win for going live from your action camera.

Periscope also recently gained deeper integration with the official Twitter app. Grab the latest update to Periscope for free from the App Store.