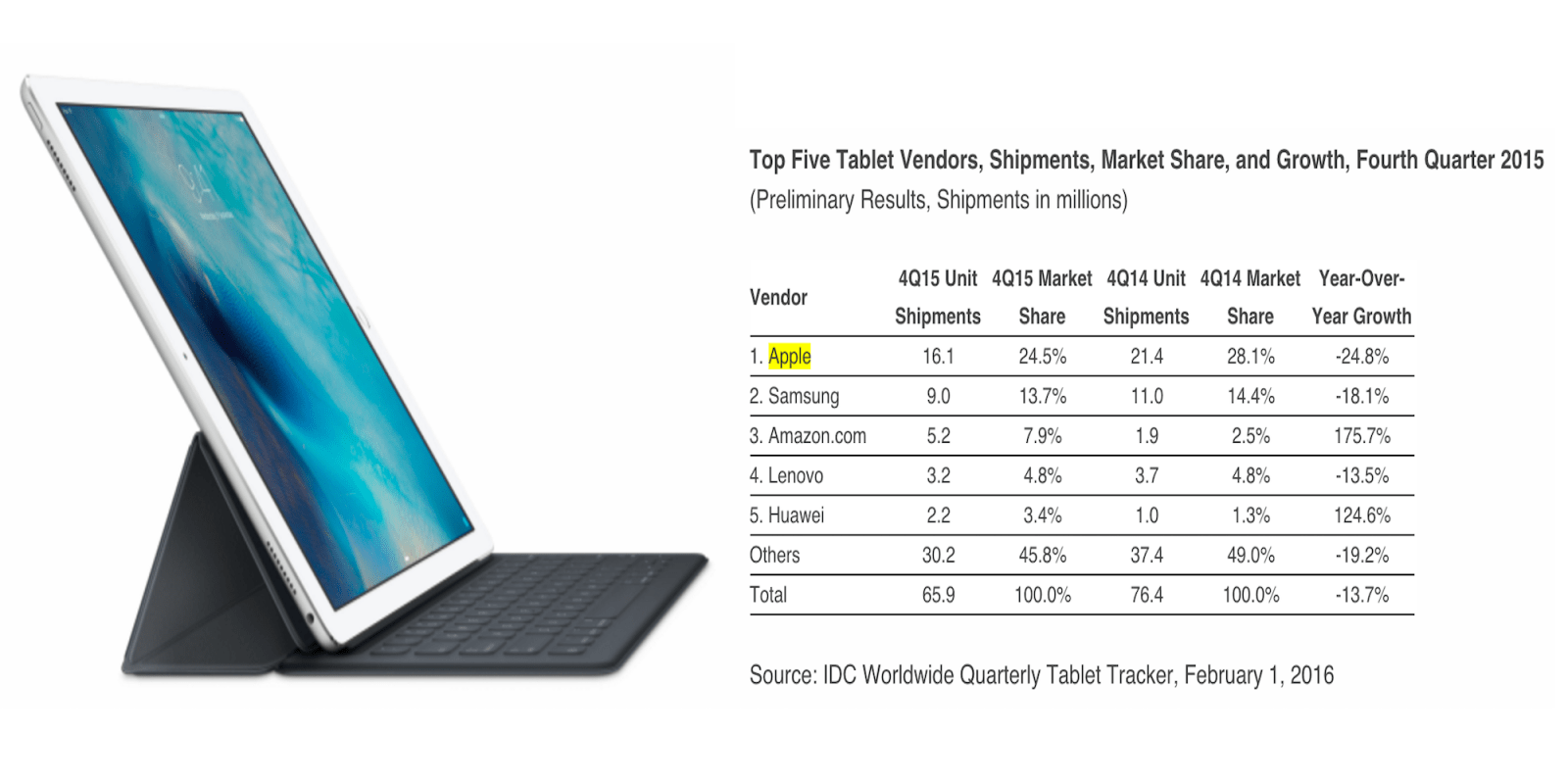 It may not surprise you, but Apple’s new 12.9-inch iPad, which many would have you believe is the company’s first to compete directly with detachable and hybrid tablets/laptops, outsold Microsoft Surface and other detachable tablets, according to the report:

This quarter was unique as we had new detachables in the market from all three of the major platform players,” said Jitesh Ubrani, Senior Research Analyst with IDC’s Worldwide Quarterly Mobile Device Trackers. “Despite lukewarm reviews, the iPad Pro was the clear winner this season as it was the top selling detachable, surpassing notable entries from Microsoft and other PC vendors. It’s also important to note that the transition towards detachable tablets has presented positive opportunities for both Apple and Microsoft. However, Google’s recent foray into this space has been rather lackluster as the Android platform will require a lot more refinement to achieve any measurable success.”

IDC claims Apple “was able to curb the decline in iPad revenues as its model mix shifted towards higher priced iPads” with a successful iPad Pro launch, but it doesn’t share any of its specific data on iPad Pro sales versus iPad or Surface sales in general in its report.

The win for iPad Pro, IDC notes, comes as worldwide tablet sales are down -13.7% year over year to 65.9 million units in the last quarter of 2015 and to 206.8 million for 2015 from 230.1 million in 2014. Apple, however, holds its lead in the tablet category overall despite a -24.8% year-over-year decline. Apple sold 16.1 million iPads in the last quarter of 2015, putting it in the lead ahead of number two Samsung with 9 million units shipped (as highlighted in IDC’s chart above). And here’s a look at the outcome for tablet shipments for the year based on IDC’s data, which puts Apple in first position with 49.6 million units shipped (-21.8% year over year), followed by Samsung, Lenovo, ASUS, and Huawei: 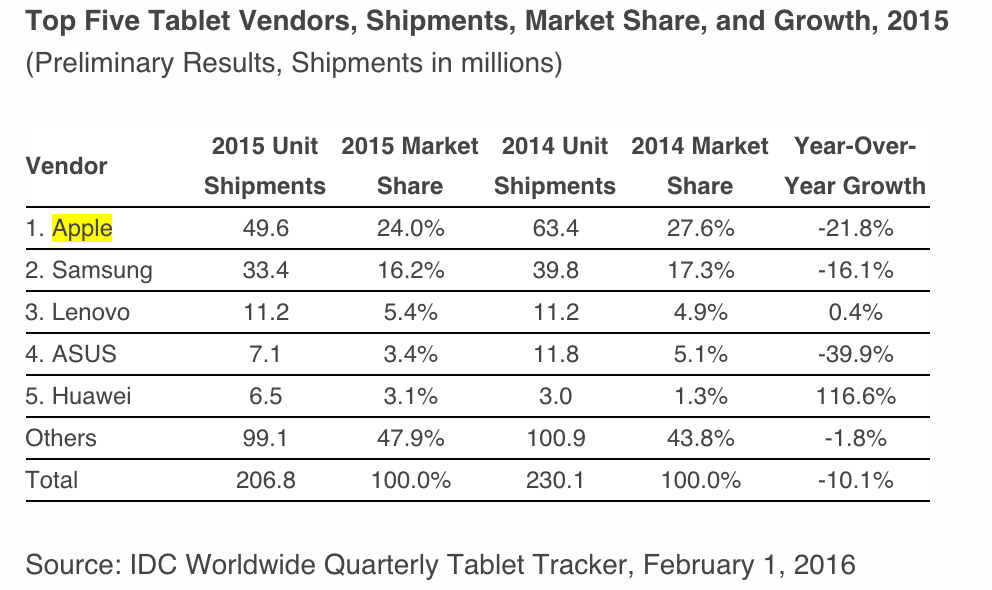 The iPad Pro is the first to come with an Apple-made detachable keyboard and a screen size in the territory of hybrids like Microsoft’s Surface, which is presumably why IDC puts it in the “detachable tablet” category, but some would argue the Pro isn’t exactly a direct hybrid competitor — since it doesn’t come with a keyboard, still relies on Apple’s iOS mobile operating system, and doesn’t pack in as much processing power as the true laptop/tablet hybrids like Surface.