Review: Omegon Universe2go, the iPhone enclosure that provides an augmented reality tour of the night sky 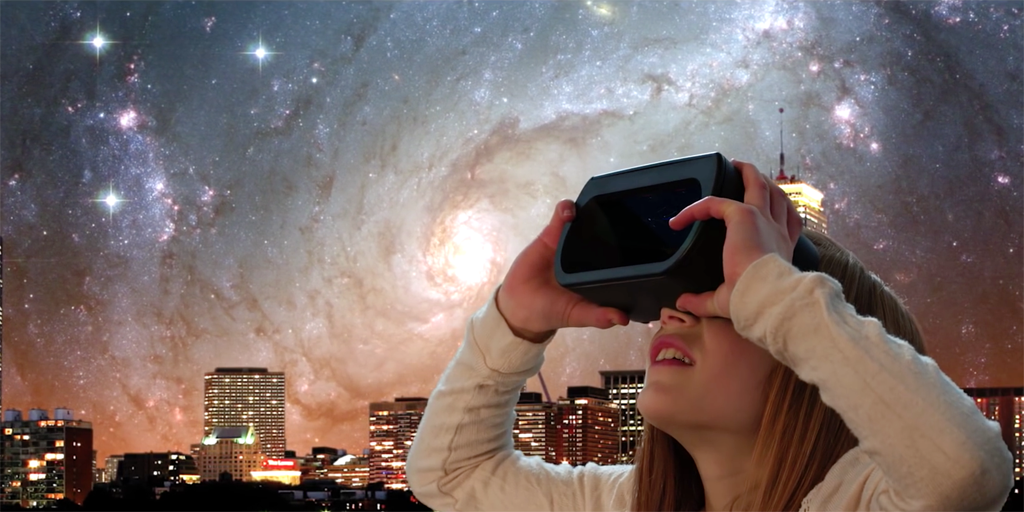 An amateur astronomer friend has a motorized telescope that allows you to tap in the name of the object you want to see – a constellation, a planet, a deep-sky object – and it automatically locates them in the sky. Universe2go offers an equally hi-tech but more casual approach to stargazing suitable for beginners – including kids.

Universe2go is an augmented reality system that uses your iPhone to do the clever stuff. In essence, it’s a more sophisticated version of Google Cardboard. You open the companion app on your iPhone, snap your phone into the plastic enclosure and then look through the goggles at the night sky. An angled mirror overlays your actual view of the sky with labels from the app.

Pause with the green pointer over a planet or constellation, and the app provides visual data and an audio commentary. Alternatively, choose an object in advance and the app uses the display to direct you to the correct part of the sky before using the augmented reality system to highlight it …

With most review products, it’s just a question of finding the time to play with them. With Universe2go, however, I also needed to wait for a time when I was outside London and the skies were clear. Which is, of course, the first issue to consider if you’re tempted to buy one. There’s little point if you live in the center of a city unless you get outside it regularly, and in a country like the UK, you may be waiting a while for clear skies in winter.

But the augmented nature of the view means that even if with some degree of light pollution, or skies a little hazier than you’d like, you can still find objects that would be difficult to identify otherwise. 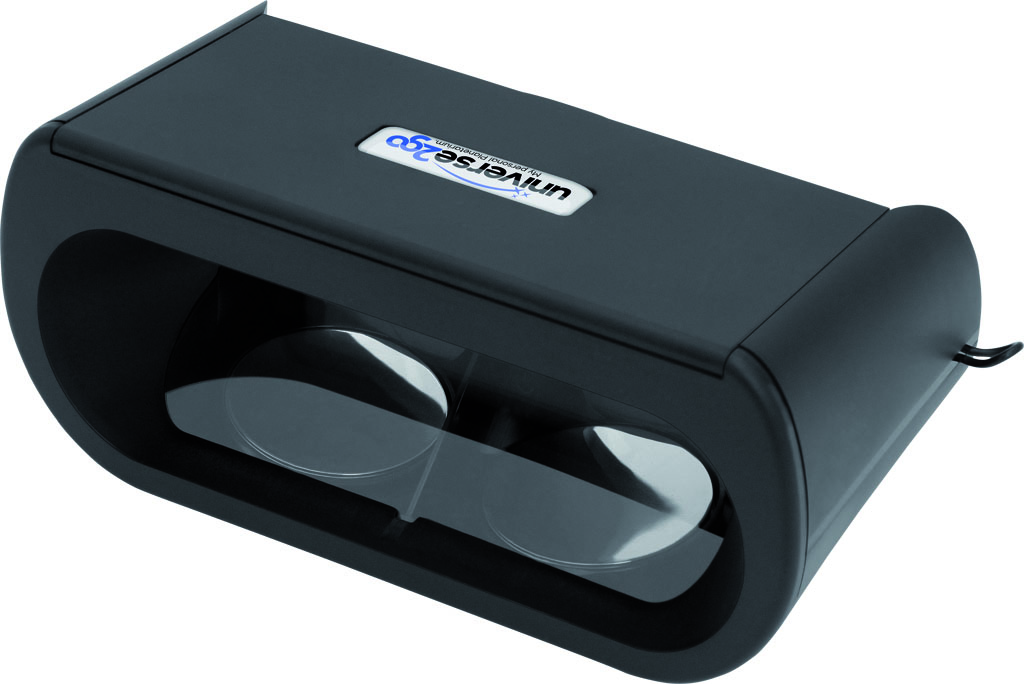 The unit itself looks rather disappointingly low-tech at first glance. It’s just a plastic enclosure with an open front, open eye-holes at the rear, a snap-open flap for your iPhone, an angled mirrored surface and two circular mirrors above, one for each eye. It feels solid but plasticky. However, more on this later.

It is, though, reasonably compact – something you could keep in the glove compartment of a car, for example – and is lightweight, so easily carried around.

The app is a free download from the App Store. Once the app is open, you insert your iPhone into the enclosure. There are various foam cutouts for different sized phones, but really it’s held sufficiently snugly that these are superfluous. The device is suitable for any size iPhone up to the iPhone 6s, but not the Plus models. You will need to remove even thin cases.

With the iPhone installed, the app guides you through a calibration process, that aligns the stereoscopic view to the position and screen size of the phone. Calibration is achieved by tilting your head while looking through the unit. Once this is done, you choose a bright star to complete the calibration, simply holding a yellow circle over the star until it has been identified.

Once set up, basic use couldn’t be easier. The app starts in Discover mode. Just look through the device and everything is automatically highlighted and labelled as you look at it. It labels all 88 constellations, as well as planets, galaxies, star clusters and nebulae. 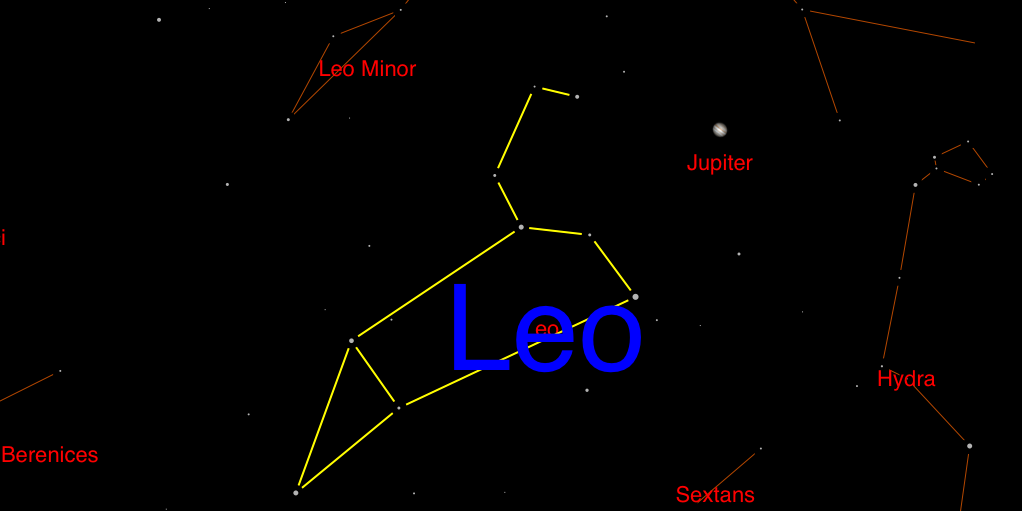 The blend of real sky and augmented data is really well done. The augmented data doesn’t blind you to the actual stars, but the overlay helps you to spot the fainter objects. Within the first few seconds, my objections to what initially seemed like a rather high price for a piece of plastic had been somewhat allayed. It’s clear that the optical quality of the mirrors is good, and that a great deal of care has gone into balancing real and augmented views for the best possible experience. You can also adjust the brightness to match the local lighting – brighter close to towns, darker way out in the country.

Align the pointer on any highlighted object, pause for a second or two and it displays a visual data-frame with basic facts, while an audio narration tells you about the object in more detail. In the case of constellations, the narration covers both scientific facts and mythology. 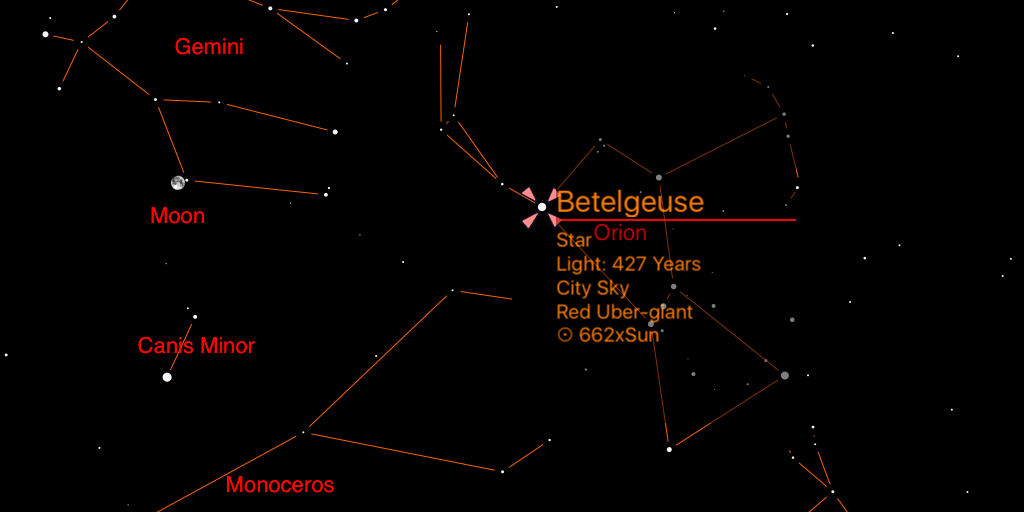 Because your iPhone is locked away inside the case, you don’t have access to the touchscreen. Switching modes in the app is achieved by tilting your head. It feels strange at first, but you soon get used to it. The most useful secondary mode is Search, where you choose the type of object you want to find (star, planet, comet and so on) and then select it from an alphabetic list. The app then displays a line on the screen – follow this to the object, which it circles for you. 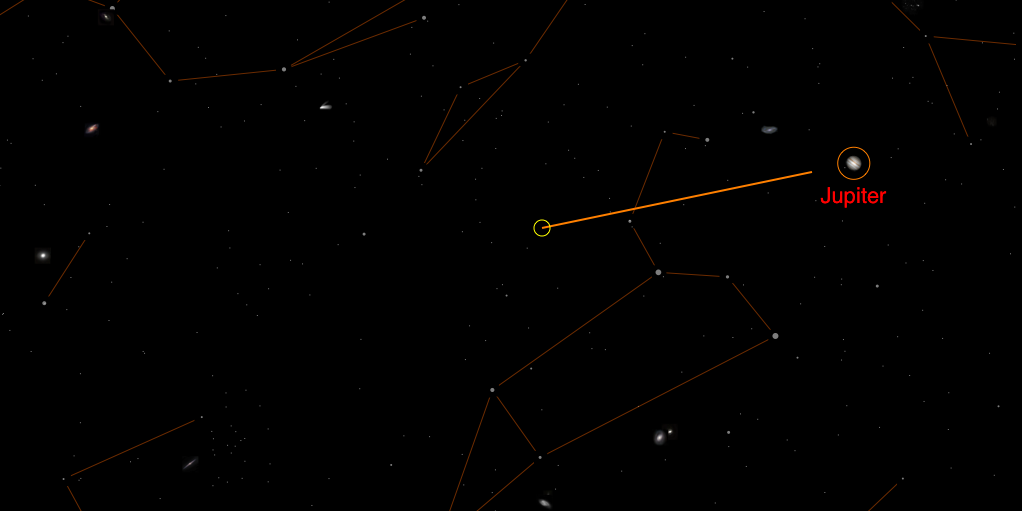 Mythology mode overlays a pictorial representation of the Greek figures, as well as providing the story behind the figure. A Quiz mode shows you a constellation which you then have to find in the sky. 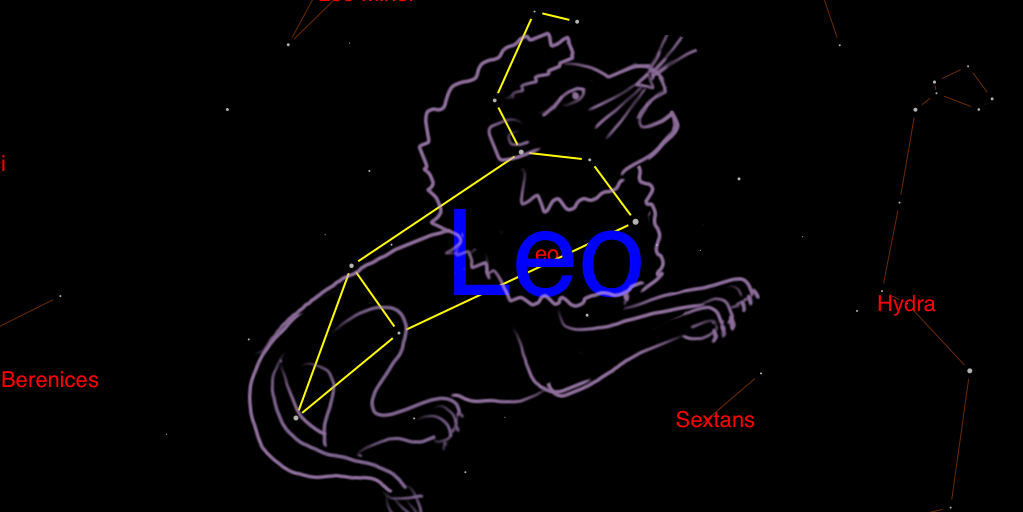 There are two modes I would describe as pure novelty features: Deep Sky and 3D. These provide a close look at things that cannot be seen with the naked eye. To my mind, there’s really little benefit in doing this with the device rather than simply looking at images on the web.

Finally, there’s an Expert mode that allows you to tailor what is and isn’t shown on the display, as well as overlaying azimuthal and equatorial grids.

When I first saw the device, I had two initial responses. The first that it was a really cool idea. The second is that $99 is a lot of money for a plastic case.

Having used it, it is indeed a very cool product. As an adult now rather rusty on the little astronomy I learned as a kid, it was a great refresher. Where it will really score, though, is with kids. It provides a really fun and engaging way to learn about the night sky.

Value-wise, there is more to the unit than first meets the eye. Given the quality of the blended image it generates, I would say the price is high but probably justified. The question is whether it would be a novelty that would be used a few times then abandoned. For me, I’d have to say the answer is yes. But I can definitely see kids getting more use from it, as well as sharing it with the friends.

It does, though, need to be compared to the cost of a computerized telescope. These allow you to see way more than is possible with the naked eye – and while you can spend four figures on them, you can pick up basic ones for surprisingly little money. For example, the Celestron 127EQ is the best-seller on Amazon, and costs just $135.

Most motorized telescopes do, though, come with Windows software, so you’ll need a Windows laptop to find objects. And there’s no doubt that Universe2go is a lot more convenient as an introduction to astronomy for kids, holding off on the motorized telescopes until they get the bug. For younger kids, I think I’d go with this – with older ones, maybe go straight to the telescope.

The Universe2go costs $99 from Omegon’s Amazon store. The companion app is a free download from the App Store.