Tim Cook grabs TIME front cover with lengthy interview on Apple vs. FBI: ‘It’s very much about the future’ 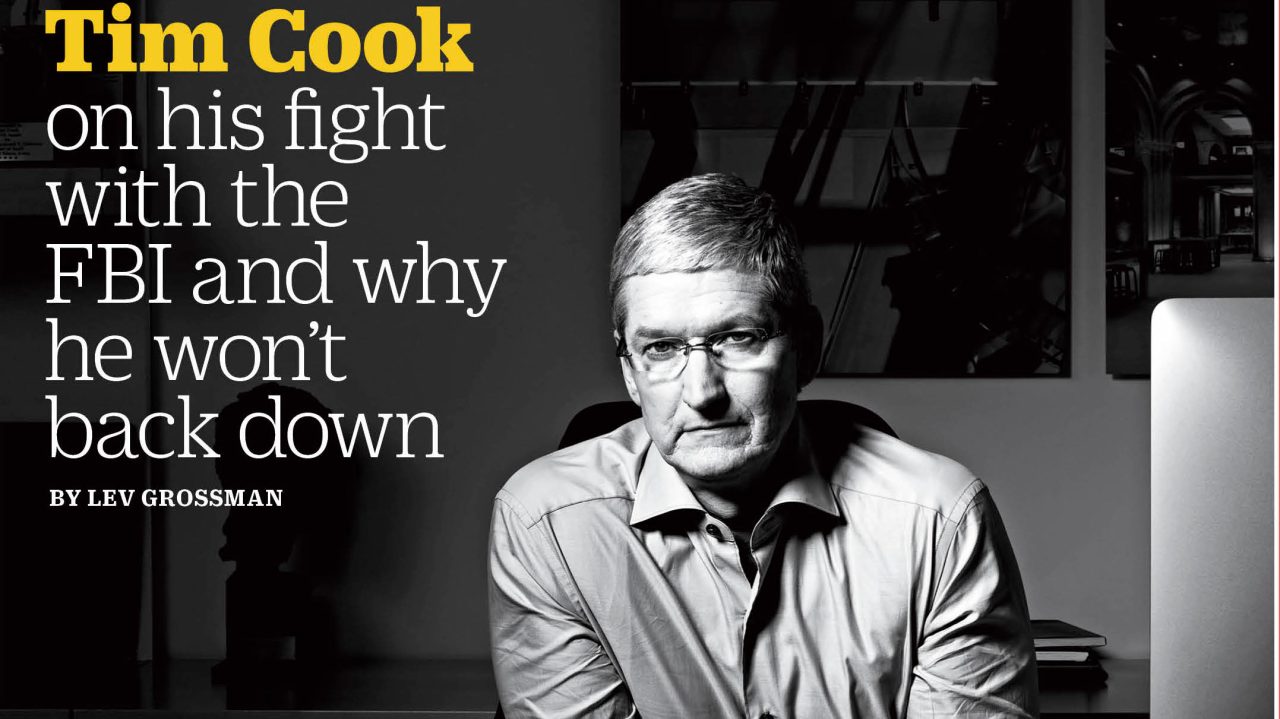 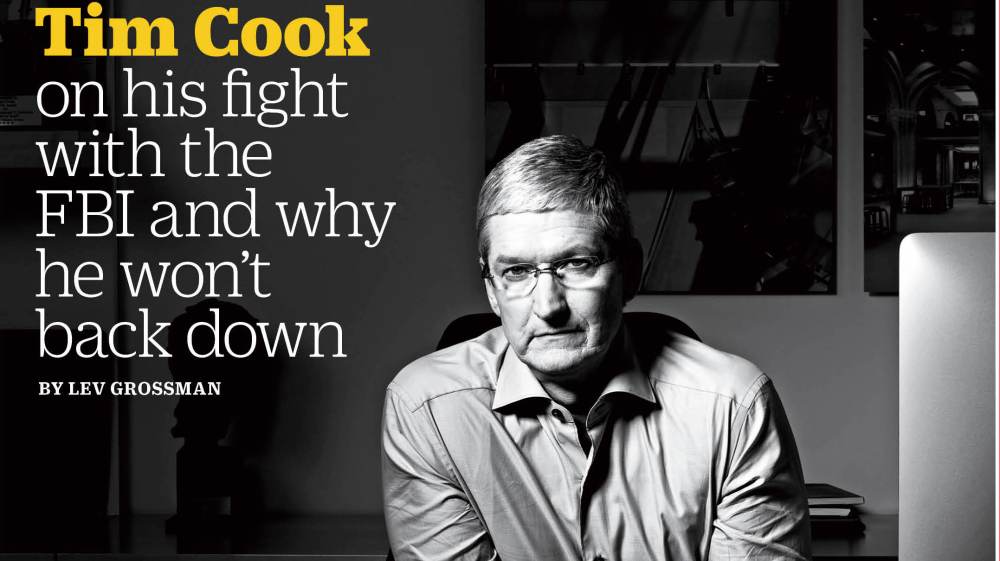 Apple CEO Tim Cook has gotten his first solo appearance on the cover of TIME magazine today, with the publication printing a lengthy interview with Cook about Apple’s fight with the FBI over iPhone encryption backdoors. The full transcript of the interview is available on TIME’s website.

Cook says he is uncomfortable fighting the government, but Apple is fighting willingly for what it believes are civil liberties. Although interesting, the piece largely repeats the same arguments Apple has been touting for the last few weeks on the right to privacy, freedom of speech in iOS code and more.

The interview discusses how this whole thing came about, as Cook has previously expressed disappointment with how the case was handled. Ignoring the matter at hand, Cook says he doesn’t like the tactics of the government.

Cook goes on to say that this is a ‘golden age of surveillance’, with cameras everywhere in our lives — including in our pockets with smartphones. Cook implies that strong security and encryption on iPhone will not prevent law enforcement from gathering intelligence: ‘No one’s going dark’.

On a technological level, Cook says that Apple will continue ramping security with every new OS. He says Apple has to ‘stay a step ahead of the bad guys’. This agrees with reports that Apple is actively developing stronger encryption for iCloud that even Apple couldn’t hack if it was forced to, by entangling user passwords into the encryption key.

In response to questions about Donald Trump’s boycott of Apple products, Tim Cook remains diplomatic, essentially side-stepping the question: ‘I haven’t talked to him so I don’t know what he thinks’. Cook says Apple may see this as an over-reach into people’s live more than others because they are technically knowledgeable and it’s vital to have this issue discussed to all.

He says that fighting the government is an unfortunate necessity, and is shocked that this issue is because of a case originating in the United States, not another part of the world. However, he remains optimistic that a good outcome can be found.

This is just one of those cases where occasionally the government over reaches and doesn’t act in the best interest of its citizens. But I’m optimistic that we’ll get through it and get to a much better place.

Apple is set to enter court proceedings against the FBI on March 22nd, regarding the government’s motion to compel Apple to compromise the security of iOS such that the government can access data on a San Bernardino shooter’s work iPhone. Read the full interview on TIME’s website. 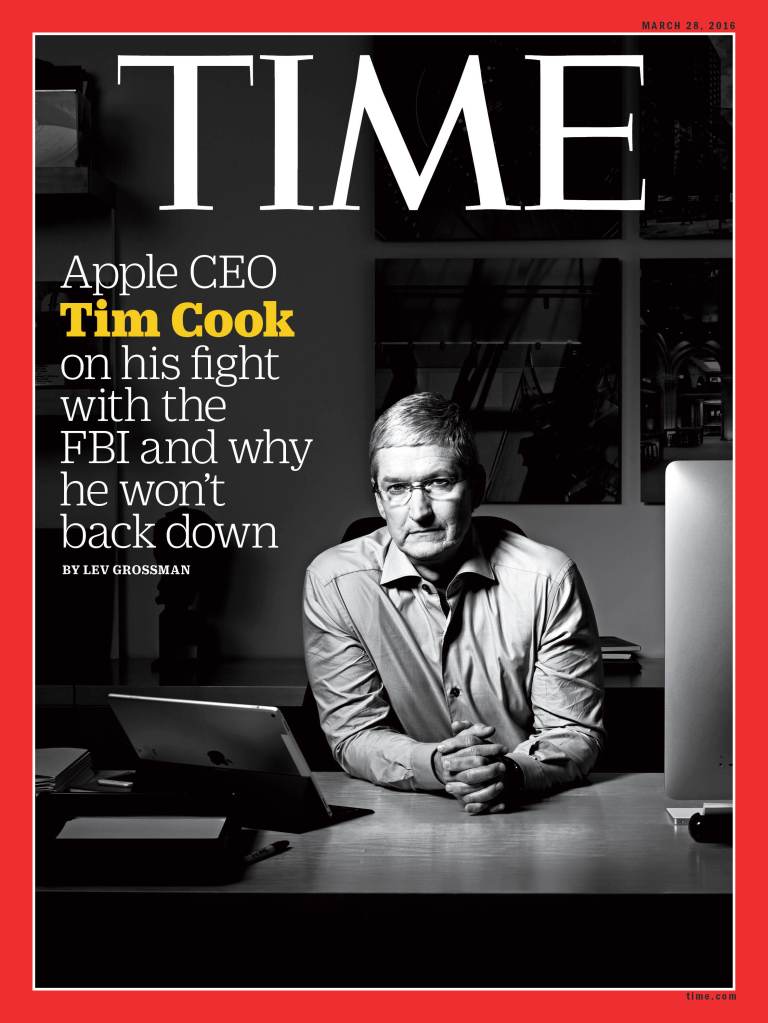