Comparison: What are the differences between the 9.7-inch iPad Pro and 12.9-inch model? 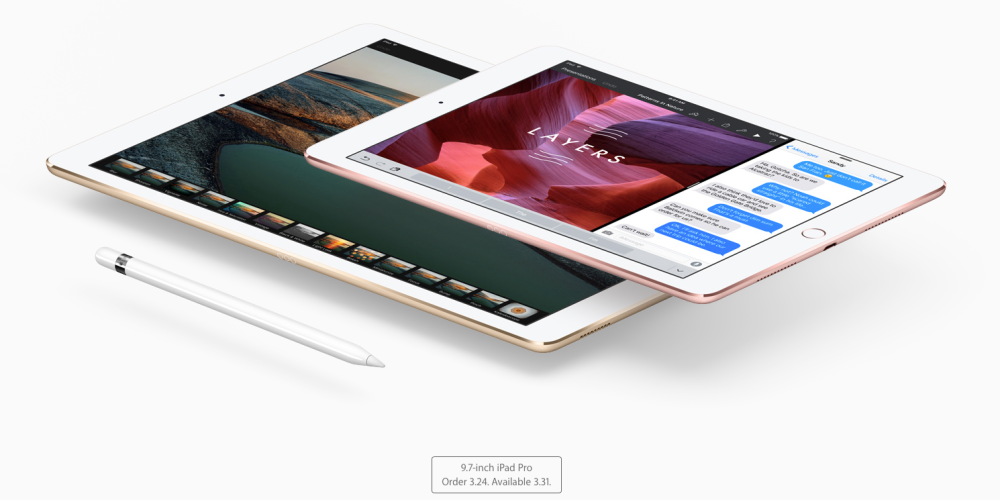 As expected, Apple earlier today officially unveiled the 9.7-inch iPad Pro. While the device is essentially the same as the larger 12.9-inch model, there are a few notable differences that may perhaps frustrate users of the larger model, but also encourage iPad Air 2 users to upgrade. Read on as we break down all of the differences between the two models…

In terms of the front-facing FaceTime camera, the smaller 9.7-inch model again has the upper hand. The device offers a 5MP camera with support for Retina Flash, while the 12.9-inch model comes with a 1.2MP camera and no Retina Flash. 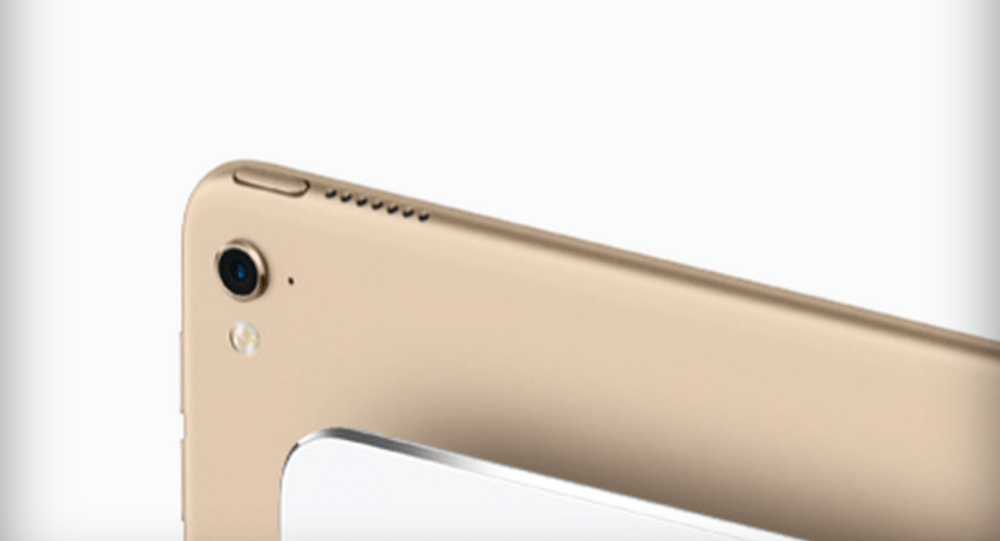 While the two iPad Pro models feature different sized batteries, Apple says that they should both get the same total life. The 9.7-inch model features a 27.5-watt-hour battery, while the larger model features a 38.5-watt-hour battery. Both models should get 10 hours of web use (9 hours on the LTE mode) out of a charge. The biggest connotation here, however, is that the 9.7-inch model should take less time to charge compared to the 12.9-inch model. 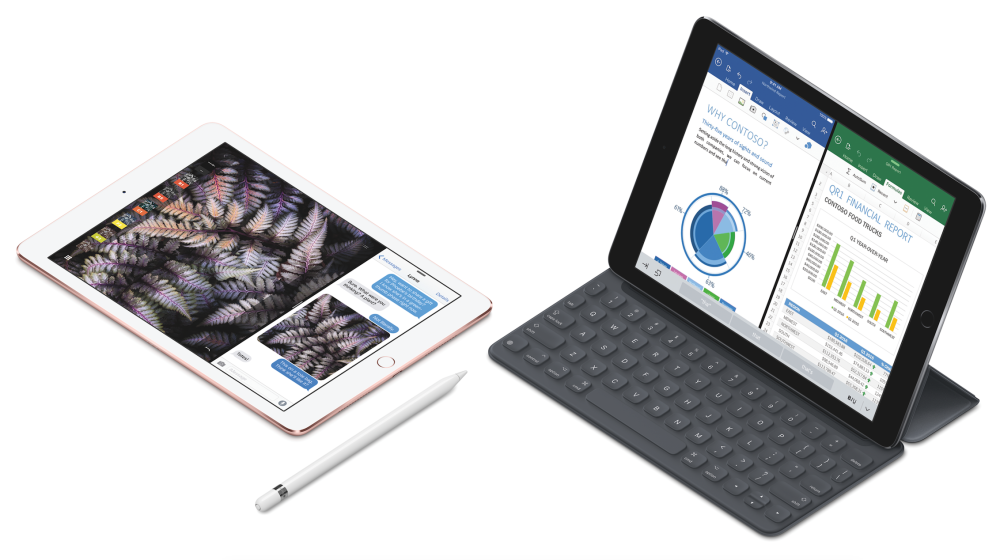 Given the screen size differences, these discrepancies should be expected, but they are still worth noting. The 9.7-inch iPad Pro comes in at 0.96 pounds, while the 12.9-inch comes in at 1.57 pounds. That’s a pretty notable difference, but it’s the tradeoff for a more compact design versus a larger screen.

Furthermore, the 9.7-inch model 6.1mm thick, while the 12.9-inch model is 6.9mm thick. As I mentioned earlier, however, this means that the smaller model has the infamous camera bump on the back like the recent iPhones.

One of the weirder differences between the two iPad Pro models is that the smaller model supports always on “Hey Siri,” while the larger model does not. The 12.9-inch variant only supports “Hey Siri” when the device is plugged in to a power source.

This is an odd decision on Apple’s part, as both of the devices feature the same A9X chip and M9 coprocessor.

Aside from the obvious difference in size, there are a few differences between the two iPad Pro variants. Most notably the iPad Pro 9.7-inch is the first Apple product to include what it is calling a True Tone display. Apple says that this means the display automatically adjusts color temperature based on the room environment.

Additionally, Apple says that the 9.7-inch iPad Pro features the “lowest reflectivity of any tablet,” referring to the reflectivity of the device’s display. Apple also says the display is 25 percent brighter than that of the iPad Air 2.

Finally, Apple says that the 9.7-inch iPad Pro features a wide color display, which essentially means that it features RGB primaries expanded to the edge of the color gamut.

The 9.7-inch iPad Pro is the first iPad to support something called LTE Advanced. Essentially, this means that the smaller iPad Pro supports up to 50 percent faster cellular connectivity than the 12.9-inch model does.

Building on this, the 9.7-inch iPad Pro model features an embedded Apple SIM, which is a first for the company. Apple touts that this will make it even easier to connect to wireless data plans seamlessly as you travel between countries and territories and switch carriers. 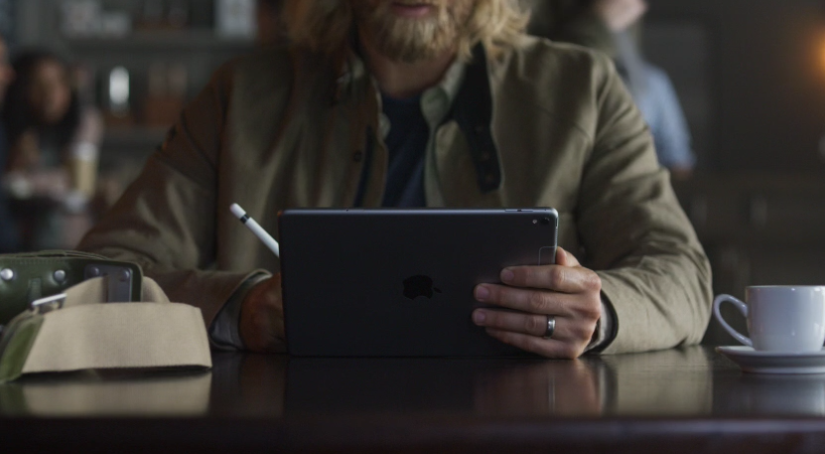 The cellular band on the LTE models has also been redesigned on the smaller iPad Pro. The new design resembles cellular bands on iPhones rather than full plastic strips along the top.

Finally, there are some slight differences in terms of the variants in which the two models are offered. The iPad Pro 9.7-inch is available in an additional Rose Gold color, as well as a 32GB model with LTE. The full breakdown is below: 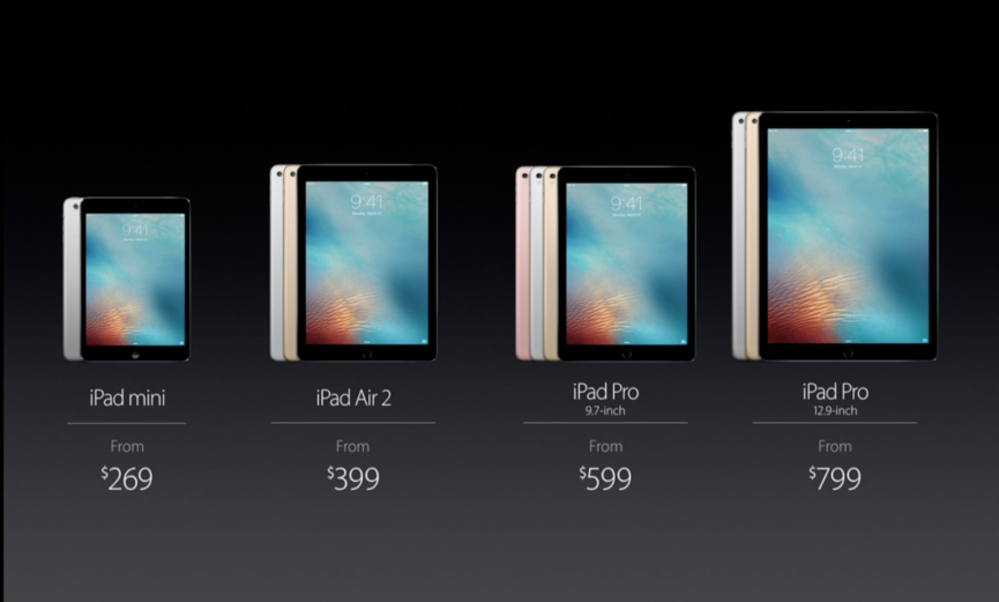 Some people have argued that, given the price difference and “Pro” moniker, there’s no reason the smaller of the two iPad Pro variants should have a leg up in terms of features and capabilities, but that’s exactly the case. Obviously some of the features may be trivial on the larger display, such as the camera differences, but the display differences for instance, are more notable.

It could be that, even with the price difference as is, adding the new display technology to the 12.9-inch model would have simply been too expensive compared to the 9.7-inch model. Nevertheless, it’s likely that the display differences will likely be erased if Apple updates the iPad Pro 12.9-inch later this year, which it is expected to do.

Let us know in the comments if the price difference between the model and feature gap still makes the 12.9-inch iPad Pro worth it, or if you’d rather go with the 9.7-inch.