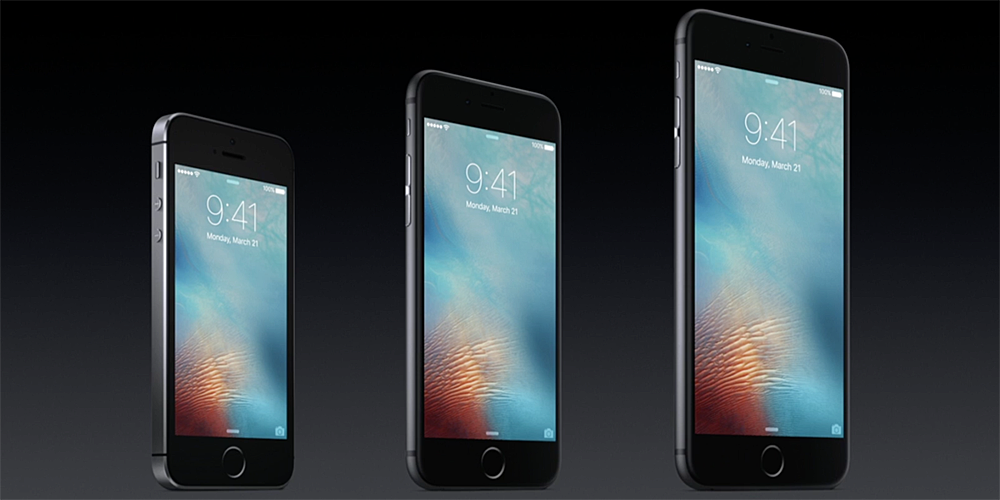 Apple deserves a great deal of credit for the iPhone SE. I outlined yesterday why I believe the product makes long-term strategic sense, and the vast majority of you agree. But Apple has also managed to tempt not just one but two 9to5Mac writers to do something almost unthinkable for tech junkies: downgrade our iPhones! Like Zac, I too am seriously considering selling my iPhone 6s and replacing it with the SE.

I’ve long been a fan of small-screened phones. I actually sat out both the iPhone 5 and 5s because neither seemed to me at the time to offer enough reason to upgrade. But there’s only so long I can be without the latest tech, so eventually I had to bite the bullet and buy first the iPhone 6 and then the 6s.

However, the iPhone SE comes very close to offering the best of both worlds: the latest tech and a smaller form-factor …

Zac said that there were two reasons he was interested in the iPhone SE: the practicality of one-handed use, and pocketability. He also mapped out his must-have features prior to the announcement, and it seems to me that the SE ticks all the boxes.

Usability isn’t such an issue for me. I have large hands, and don’t generally spend a lot of time using the iPhone one-handed. But pocketability is a big deal to me.

There’s the jeans thing. An expensive gadget in your back pocket in London is just asking to have it stolen by pick-pockets. And an iPhone 6/s doesn’t fit comfortably into a front jeans pocket.

But for me, it’s also not an ideal size for front pockets of other trousers, for one simple reason: I cycle pretty much everywhere.

In my view, cycling is the only sane way to get around London. Our underground metro system – affectionately known as the tube – operates massively over its design capacity. Travel on it in the rush-hour, which is to say anytime between 4pm and 8pm, and you will find yourself in rather closer proximity to strangers’ arm-pits than is desirable. It’s bad enough in winter, but add in the summer heat on what is still a largely non-air-conditioned system and you have something remarkably close to my idea of hell.

As for driving in central London, you’d have to be completely certifiable to even consider it: the average speed on the most crowded London roads in the rush hour is now down to 3.6mph. So I cycle, and the iPhone 6/s is large enough to be at high risk of falling from a pocket as you navigate the pot-holed lunar landscape that passes for London roads.

It’s not a deal-breaker, obviously, or I wouldn’t still be using my 6s. But I have had a few close calls, leaving me with a choice between feeling slightly nervous about it each time I ride, or stuffing it into a bag, where it’s a lot less convenient when people call.

Sure, I could leave the phone in my bag and answer calls on my Watch, and I have done it a few times, but the tiny speaker is no match for the sound of London traffic, so that just leaves me yelling “Hang on a minute while I dig out my phone so I can hear you.”

There’s no denying that the large-ish screen of the iPhone 6 is more pleasant to use than a smaller one. But, truth be told, I’m a light user of my phone. It mostly gets used for a relatively small number of tasks. I’d estimate that around 90% of my iPhone use comprises some mix of phone calls, dictating messages, listening to music, taking snapshots, checking train times and controlling my various home automation gadgets. If I want to do anything involved, I pull out my iPad – which travels everywhere with me.

Some of the tasks that might otherwise be done on my iPhone, I do on my Apple Watch. Apple Pay transactions, checking messages, checking the weather, scrolling through upcoming appointments and more.

Of course, size isn’t everything: I also need to consider features. But Apple was remarkably generous here. The iPhone SE gets the same A9 chip with embedded M9 coprocessor. It gets the same 12MP camera with 4K video. The still camera includes the 63MP panorama mode, and the video camera offers the same slo-mo options. You get the same ultrafast LTE and Voice over LTE. Battery life is even better than the 6 and 6S thanks to the smaller screen needing less power – up to 13 hours on LTE, for example, against 10 hours for the 6S.

But there are a few comprises. Touch ID is the older, slower version. I’m not expecting that to be a big deal, but you never know: once you get used to a faster speed, what felt fine before can suddenly feel sluggish.

The FaceTime camera is 1.2MP rather than 5MP. I’m not a massive selfie fan – I think I’ve probably taken fewer than a dozen in the past year – so I’m not expecting that to be an issue.

Then there is 3D Touch. That is one of the things that really impressed me when I first got the 6s, and was a feature I expected to use a lot. Once the novelty wore off, I actually found myself using it less than expected, however. And app developers have been rather slow to support it, so many of the apps I use don’t offer it anyway.

Additionally, there is one big drawback to 3D Touch: it actually makes it fiddlier to move and delete apps, as it’s easy to accidentally force-touch when you meant to long-hold.

But I do think 3D Touch may be the feature I will miss most. There is an undoubted convenience to being able to very quickly phone a favorite contact, resume a podcast, choose between still and video camera, upload a photo and so on. I’ve made less use of Peek, and zero use of the trackpad feature, so those won’t be an issue for me.

There is another spec issue, though: storage. I bought the 128GB iPhone 6 and 6s not because I have a specific need for masses of storage, but because I didn’t ever want to have to think about it. I wanted to know I would never run out of space. The iPhone SE tops out at 64GB.

However, I’m only using 48GB at present. That includes a good selection of on-board music for times when I don’t have a data connection, a whole bunch of podcasts and a few audio books. I’m not much of a video shooter, and tend to transfer and delete footage the same day I shoot it, so that shouldn’t be an issue for me.

So while 64GB feels a little tighter than I would ideally like for comfort, I think I can live with it.

Do you have a prediction? Take our just-for-fun poll, and share your thoughts in the comments.