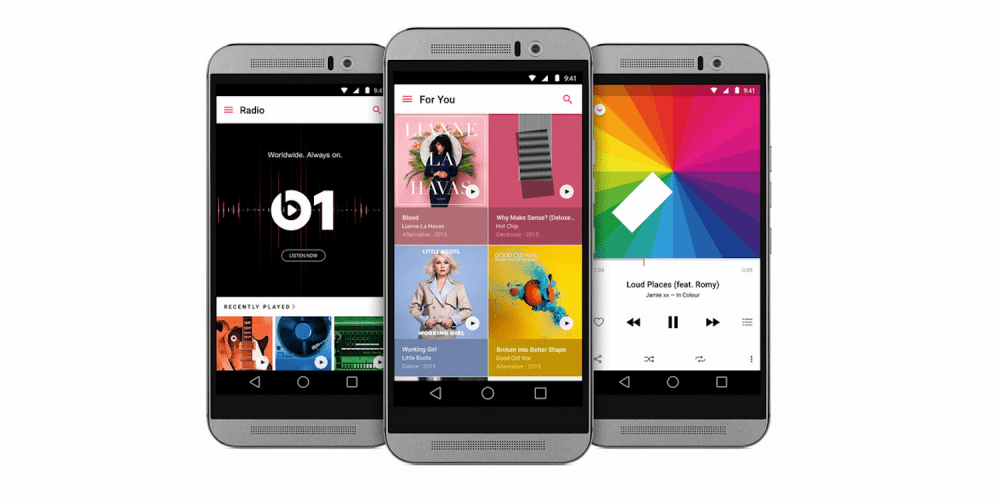 Apple today has released an update to the Apple Music app for Android users. The update over month after the app’s last update that added support for saving music to SD cards for offline listening. Today’s update adds yet another feature that isn’t supported on iOS: the ability for users to add an Apple Music widget to their homescreen. The Beats Music app offered a widget when it was available for Android, but Apple Music has lacked it since release.

With today’s update, users can now add an Apple Music widget to their homescreen that allows them to pause, skip, and see the most recently played track. Furthermore, the widget includes album art.

In addition to the new widget, the update includes the ability to add a song to a playlist without adding it to your library, as well as the ability to redeem iTunes gift cards to renew subscriptions. Android users can also now see what’s playing on Beats 1 right from the Radio tab without having to actually start the stream. Finally, users can jump directly to the album a song is on by tapping the track in Now Playing and can see indicators for what tracks are most popular on a specific album.

Now you can add songs from the Apple Music catalog to playlists without having to add it to your library. You can also:

Apple Music for Android is available for free on the Play Store.