Is OS X destined to be rebranded as macOS? Such a change wouldn’t at all be surprising, with iOS, watchOS, and tvOS already donning similar naming conventions. At this point, OS X is the odd man out, but a recent finding indicates that a change might be in the works.

Eagle-eyed developer Guilherme Rambo found that an Interface Builder document under the FlightUtilities.framework in /System/Library/PrivateFrameworks/ contained the macOS designation in its filename. We were able to verify Rambo’s findings, and spotted the macOS nomenclature located at the end of the document’s filename.

Specifically, the document is named FUFlightViewController_macOS.nib. Notice the “macOS” right before the filename extension. According to Rambo, this changed in OS X 10.11.4, which just launched publicly nine days ago. 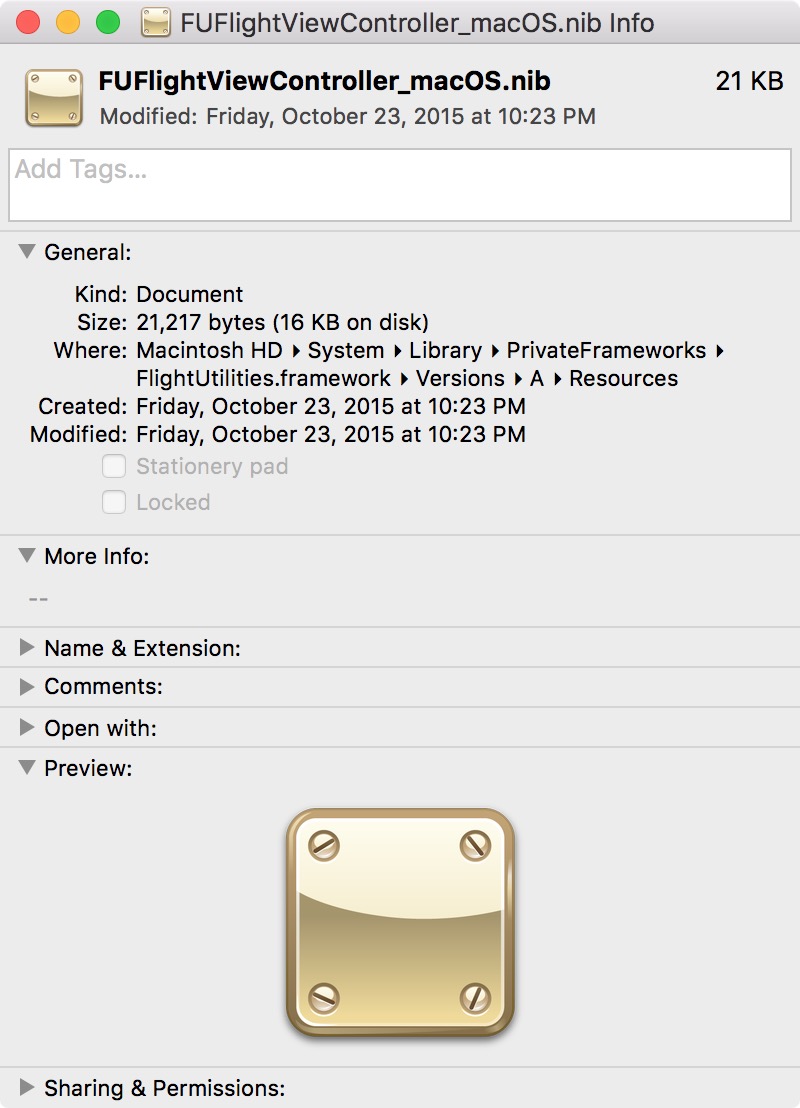 Unfortunately, this isn’t as conclusive as it first seems. Developers often use macOS identifiers in filenames and code for convenience, as it offers a simple naming scheme for apps that span multiple Apple platforms (due to the symmetry of ‘macOS’ and ‘iOS’ suffixes).

Hence, developers often reference ‘macOS’ in one way or another, not necessarily linked to an upcoming rebranding. Remember that this file is only ever meant to be referenced internally, the macOS name is never exposed to the UI.

Moreover, although a change in naming could be in the works, to bring OS X in line with the branding of Apple’s other operating systems, marketing decisions are unlikely to be shared with engineering this early in the cycle.

Apple’s annual developer conference, which is just a few months away, would be the most ideal setting for it to announce a rebranding of its venerable desktop OS. Although such an arbitrary finding in no way guarantees that Apple is planning a naming switch, such a change makes sense given the naming conventions applied to the other operating systems.

By the way, we are seeing visits to 9to5Mac from ‘OS X 10.12’ slowly ramp over the last couple of months. Unfortunately, Google Analytics does not give any insight into the Mac OS X / macOS branding.