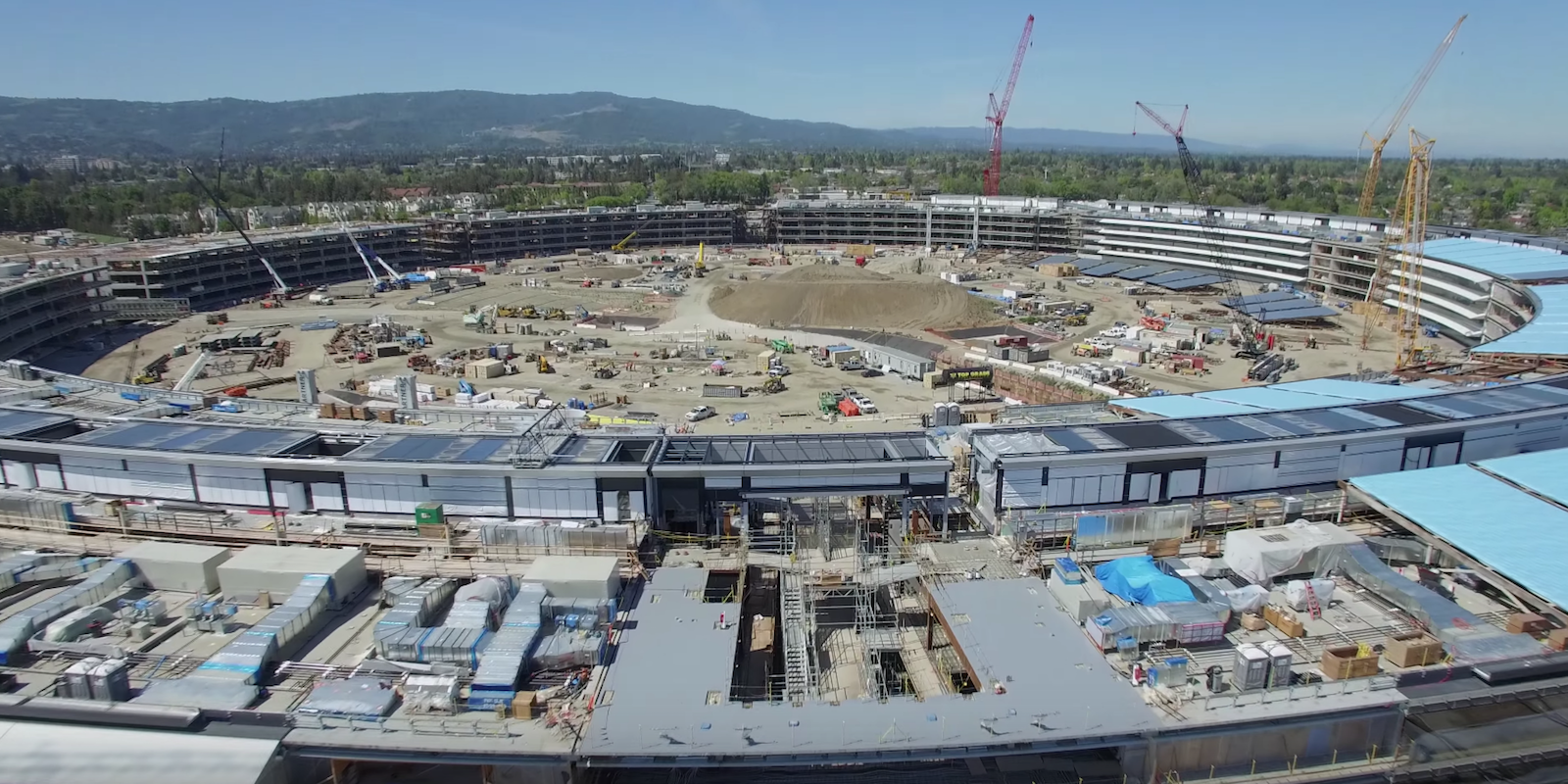 In the video, we get close-up shots of the research and development facility separate from the main circular structure, as well as progress made on the entrance to the underground Theatre that Apple recently began putting the finishing touches on with the roof and glass going into place.

We see a ton of work made on installing the curved glass panels—the largest in the world— on the main building, which required Apple to build custom machines it named “manipulators” to install. And you’ll also see steady progress being made on the 100,000 square foot fitness center, parking structures, and solar panels. It’s all starting to look real and like Apple might actually hit that end of the year completion date goal.

Construction progress continues at the site as Apple eyes a move in date of early next year. The end of the January is the current estimate, according to the latest relayed from CEO Tim Cook to employees a few months back. And Cook mentioned during the company’s press event earlier this month that the event would likely be the last time Apple used its own campus Town Hall for product unveilings, noting future events would be held at the new Campus 2 on-site Theatre. “This is probably the last product introduction in the Town Hall that you’re sitting in today… next year, in 2017, we’re looking forward to moving to our new campus and our new theatre there.”

Apple will still likely have to hold a few of its expected upcoming events at other venues unless it happens to complete the theatre early ahead of the planned move in date.

As always, you can stay up to date and check out recent drone flyovers and updates in our ongoing Apple Campus 2 construction progress timeline.