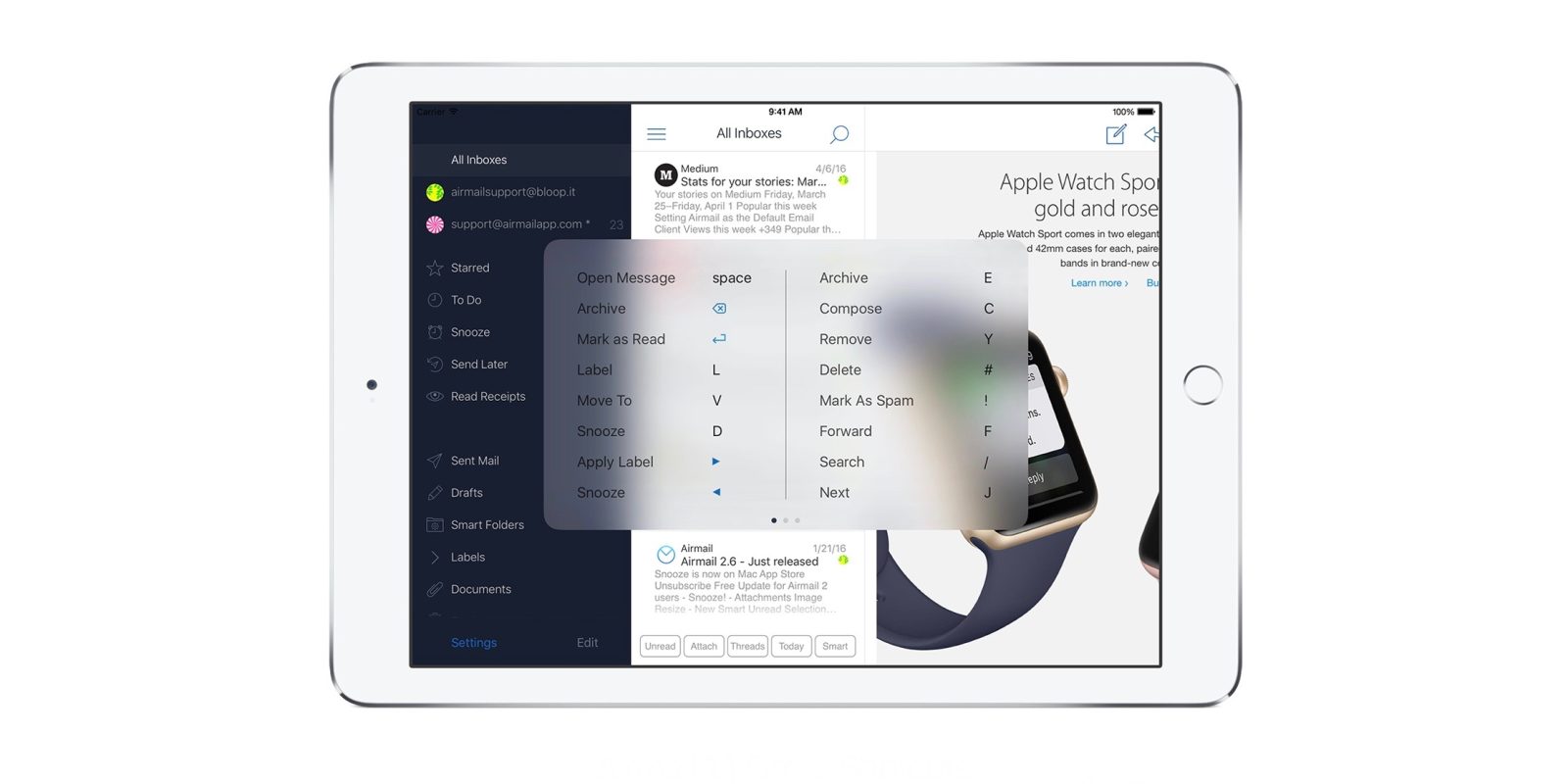 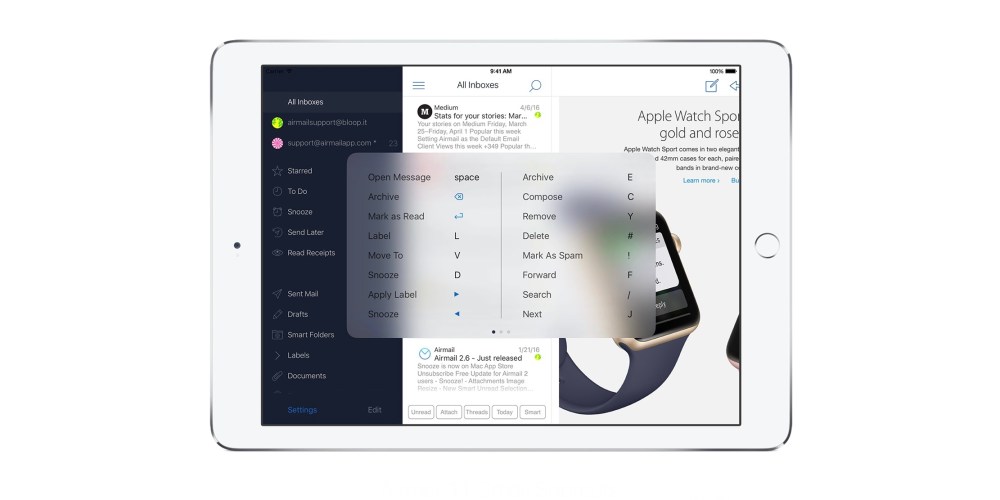 Airmail made its way from the Mac to the iPhone a couple of months ago, and today the popular email app is completing the suite and releasing the first version for iPad. Airmail for iPad supports keyboard shortcuts and iOS 9’s multitasking features like Split View and Slide Over, so you can triage email in Airmail and browse Safari or Twitter at the same time. And the free update includes loads of other new features for both the iPad and iPhone versions including Touch ID support, custom shortcuts, a new gesture for moving between messages, and tons of new integrations and improvements.

The new version of Airmail also adds other new features like option read receipts, the ability to schedule sent messages, support for drawing within the app, and new actions like the ability to easily unsubscribe from newsletters, move between messages with a 2 finger swipe gesture, or go full screen into a message with a 2 finger long press. Airmail for iOS also includes new integrations with apps and services including Byword, Due, Readdle’s Calendar 5 and PDF Expert 5, and more.

Airmail has also improved Apple Watch sync with the watchOS version of the app and general performance improvements on the iOS side. Check out the full release notes below:

For me, Airmail has been my go-to app for my Gmail accounts (I use Apple Mail for iCloud) and it’s great to see the app available on the Mac, iPhone, Apple Watch, and now iPad. Touch ID support is useful for adding an extra layer of security, and iCloud sync support makes setting up one signature and account settings simple between all my devices. If you’re looking for a Mailbox replacement or alternative to Apple Mail, I recommend checking it out. The keyboard shortcuts on the new iPad version are especially useful if you’re triaging email with the Smart Keyboard on either iPad Pro. 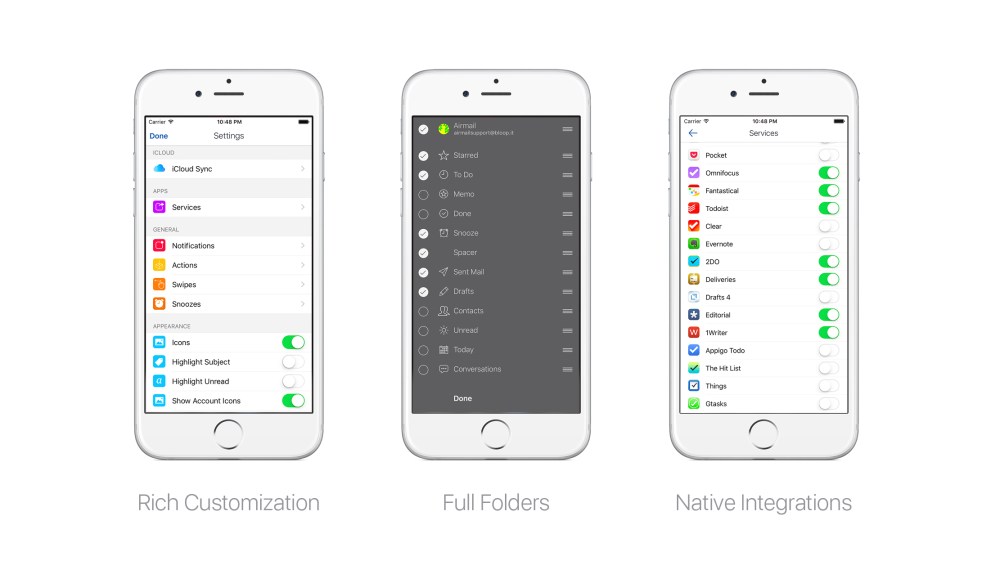 Airmail 1.1 for iOS is available for iPhone, iPad, and Apple Watch for $4.99 in the App Store. The new version is a free update for existing Airmail for iOS customers.