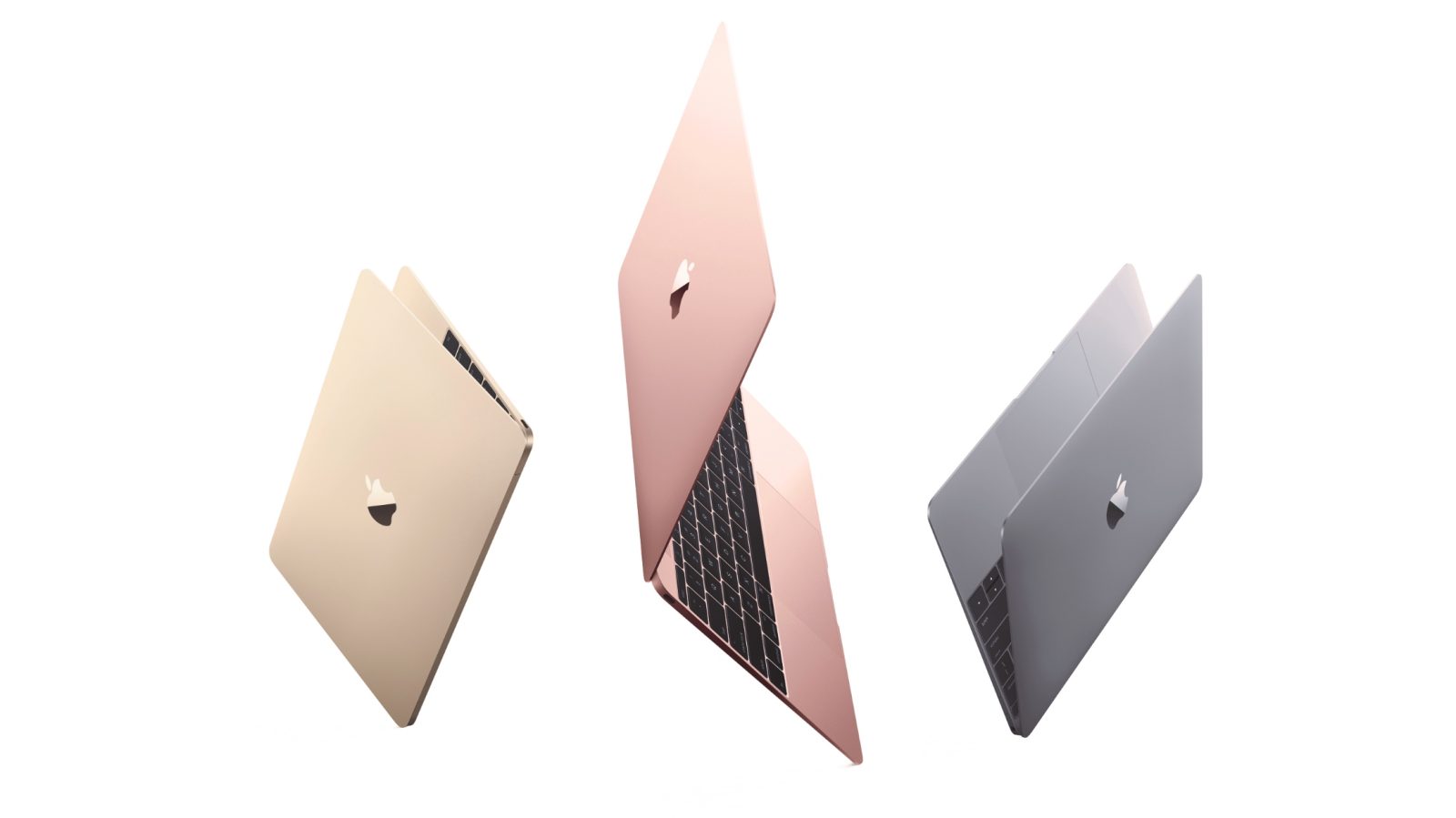 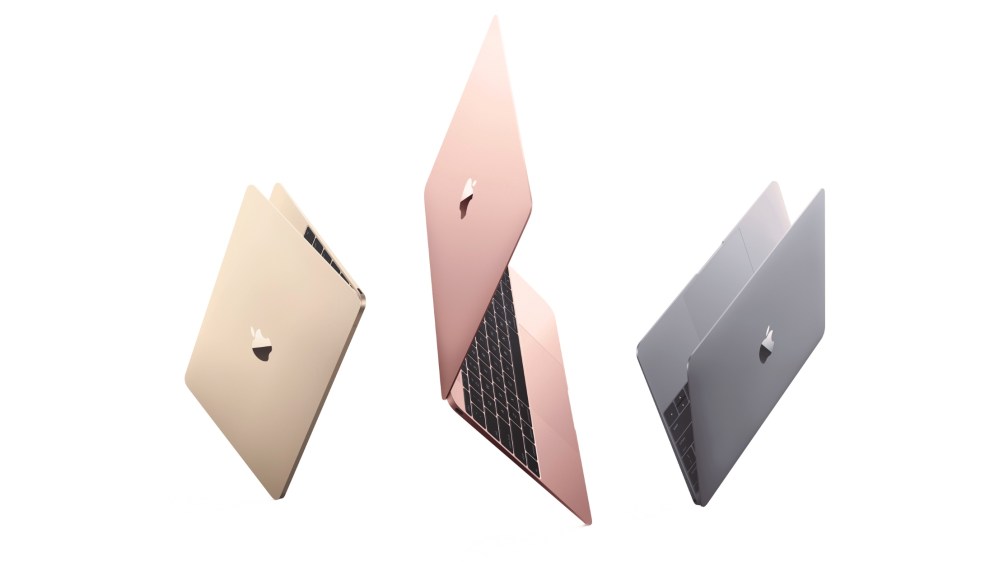 Apple has today released an update to the 12 inch Retina MacBook line, with new Skylake processors, overall better performance, and a new color: Rose Gold. The new internals have also allowed Apple to grab an extra hour of battery life out of the same sized product. The MacBook refresh keeps the same thin chassis, the same edge-to-edge keyboard and the same single USB-C port design as the original Retina MacBook, released about a year ago. The new Retina MacBook costs the same as before, starting at $1299.

The lineup means Apple now offers the MacBook in the same colors as its iOS devices, Space Grey, Silver, Gold, and Rose Gold. For the 13 inch MacBook Air, Apple has also made 8 GB RAM the standard spec across every configuration. More specs after the jump.

The new MacBooks include sixth-generation Intel Core M processors, with clock speeds from 1.1 GHz to 1.2 GHz. The new integrated graphics are up to 25% faster than the previous generation. The USB-C port appears identical and does not support Thunderbolt 3 as some rumors had suggested. The MacBook comes in two configurations. For $1299, you can get a Retina MacBook with a 1.1 GHz processor, 8 GB of memory and 256 GB storage. A more expensive $1599 configuration is also available with a faster processor and 512 GB of flash memory.

Apple SVP Marketing Phil Schiller described the new Retina MacBook as Apple’s ‘vision for the future of the notebook’.

“MacBook is the thinnest and lightest Mac we have ever made and it’s our vision for the future of the notebook,” said Philip Schiller, Apple’s senior vice president of Worldwide Marketing. “Customers are going to love this update to MacBook, with the latest processors, faster graphics, faster flash storage, longer battery life and a beautiful rose gold finish.”

Apple says the new MacBook gets better battery life rated at 11 hours of iTunes movie playback and 10 hours of wireless web browsing. Customers can buy the new MacBook from Apple.com today, as well as Apple Stores and authorized resellers. Read more about the new laptops on Apple’s website.