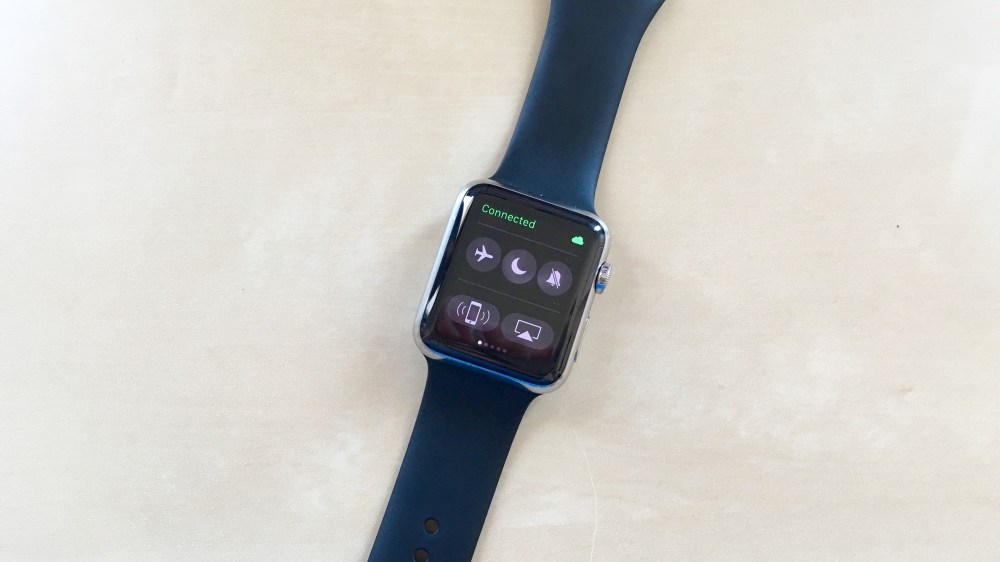 Apple Watch has been on the market for a year now, and The Wall Street Journal has a new report in which it compares the product’s estimated sales to the original iPhone’s in its first year. Apple has never released hard Apple Watch sales numbers as it does for iPhones, iPads, and Macs, but WSJ says twice as many Apple Watches have been sold during the first year as iPhones during its first year. Apple sold just over 5.8 million iPhones during its first four quarters on the market.

Obviously that’s not an apples to apples comparison, but it’s one way to paint Apple Watch positively as iPhone has taken off with quarter after quarter growth until now. Tomorrow Apple is scheduled to release its quarterly earnings report covering the January through March period where Tim Cook is likely to reflect on the first year of Apple Watch in some degree.

Looking forward, the WSJ’s report includes one nugget about what to expect about the Apple Watch 2 likely to launch later this year:

Apple is working on adding cell-network connectivity and a faster processor to its next-generation Watch, according to people familiar with the matter.

The report also details other issues with Apple Watch during its first year: battery life to some degree (it gets through a full day but not more), speed (native apps didn’t deliver promised speed boost), and overall functionality.

The idea of embedding cellular connectivity is that Apple Watch could enjoy new use cases not currently possible when relying on a tethered iPhone for data transfer. Optionally having a cellular connection just like the iPhone would allow Apple Watch to directly send and receive data when off Wi-Fi without using the iPhone as a passthrough, which necessarily delays any task.

Apple Watch wouldn’t be the first smartwatch on the market with built-in cellular either. Samsung and LG have both released smartwatches with embedded LTE, although enabling LTE mobility typically means another access charge on your carrier bill as well.

For me, cellular connectivity is less of an issue except on outdoor runs when the option to leave the iPhone behind and just rely on Apple Watch for music, fitness tracking, communication, and Apple Pay would be ideal. All of those are possible now with the exception of location tracking during workouts except for communication; you can listen to locally stored music over Bluetooth and even make purchases with Apple Pay, but an untethered Apple Watch can’t make phone calls or send and receive messages without a data connection.

The faster chip, presumably called the S2, is a bigger upgrade point for me though. What about you? Would cellular connectivity solve any problems with Apple Watch for you, or is it a non-factor? Let us know with our poll below, and share your thoughts in the comments. Would you be willing to pay extra for a cellular Apple Watch if it wasn’t standard? Would you pay a monthly fee for access if you had a cellular option?

As for our own reporting, 9to5Mac shared last June that Apple Watch 2 would likely focus on iPhone independence, thanks in part to an upgraded Wi-Fi chip, and prototypes 10 months ago included a FaceTime camera for video calls as well as new materials. Apple Watch launched a year back after being introduced six months earlier and recently saw a $50 price cut across Sport models. Apple Watch 2 is expected to debut later this fall.